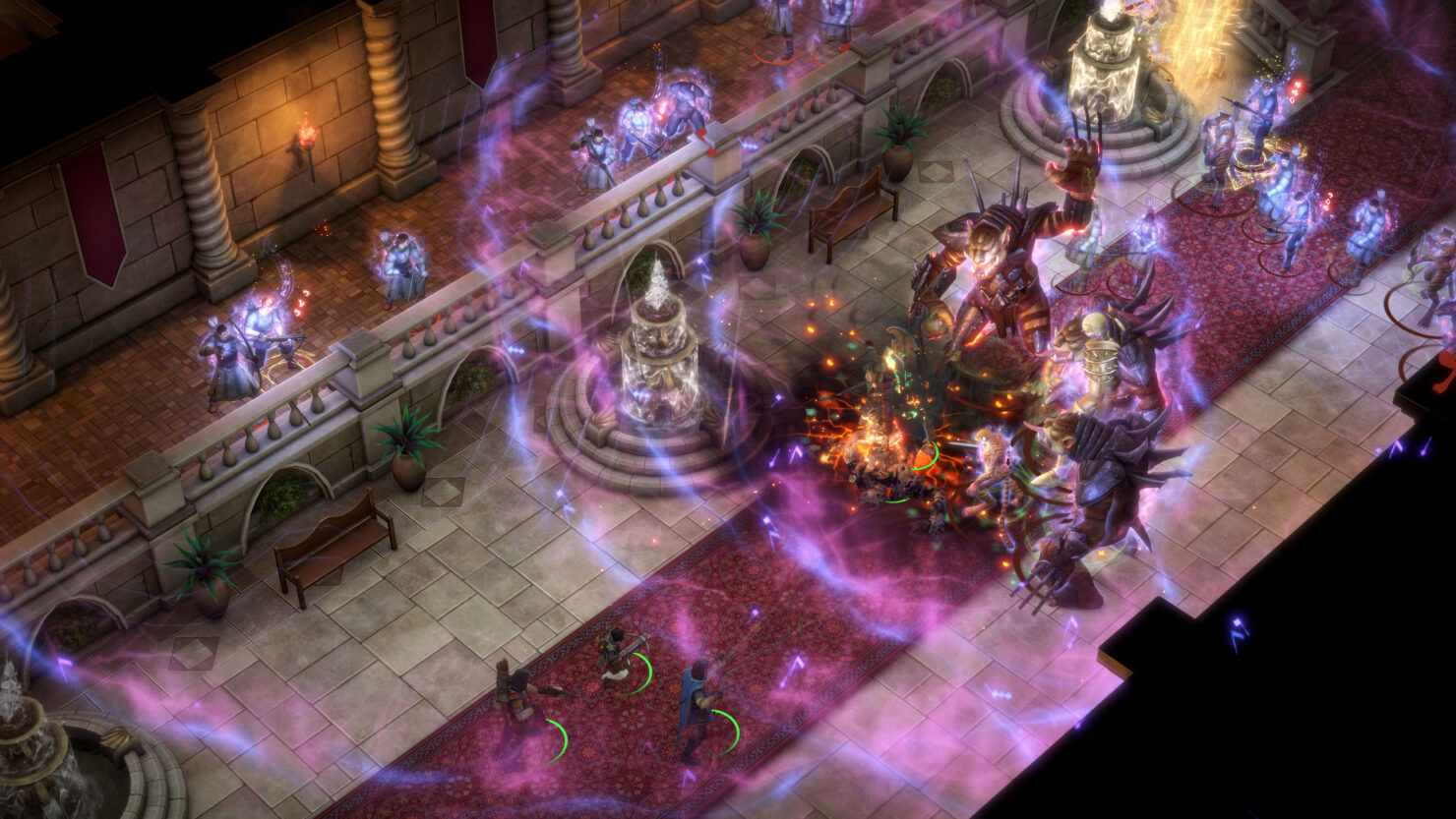 Owlcat Games and Deep Silver announced today the first details on the Season Pass and DLC coming to Pathfinder: Kingmaker.

The first DLC, called The Wildcards, will be available on December 6th. Varnhold's Lot and Beneath The Stolen Lands are expected to land in February and April 2019, respectively.

As you might expect, the Season Pass contains all three DLCs and is priced at €24.99. Of course, you'll also be able to purchase the single DLCs separately, though pricing for that is still to be announced.

Last week we also exclusively reported that Pathfinder: Kingmaker will make it on consoles (PlayStation 4, Xbox One, Nintendo Switch), though there's no release window yet. We'll keep you updated. 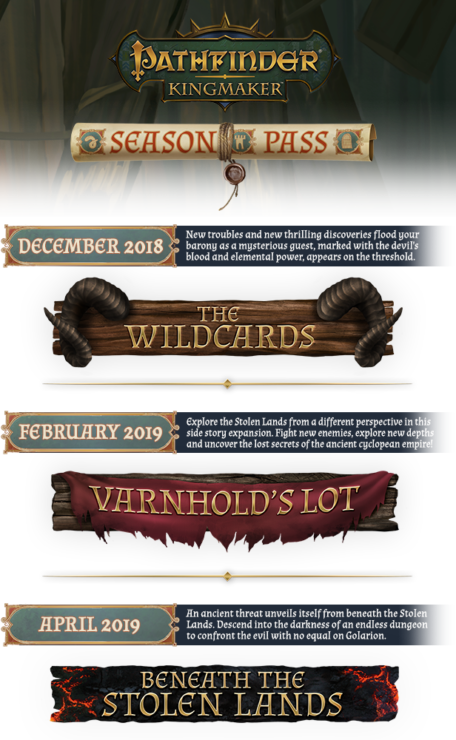 Ardent adventurers of The Stolen Lands will soon have the chance to playthe first new DLC! Featuring a new playable race Tieflings, a new playable class Kineticists, and of course combining a race with a class, you get a character! Prepare to welcome your new companion, the Tiefling Kineticist who comes, just like every other companion, with her own rich and engaging storyline.

Oleg Shpilchevsky, Head Of Owlcat Games explains, “A new playable race. During the poll to decide which bonus race we were going to add to the game, one particular option was requested a lot (besides the winner - Aasimars): Tieflings, the people with a drop of demonic blood in their veins. They didn't make it into the base game, but became the natural choice for the first piece of post-release content.”

A new bonus campaign. While celebrating your victory at Jamandi Aldori's mansion, you've met another hero of the Stolen Lands: the mercenary captain Maegar Varn. While you're building your barony in the Shrike Hills and Narlmarshes, Varn and his people are establishing their own nation of Varnhold in the rocky foothills of Dunsward. What did they have to face? Play this new story, and export the consequences of the choices you've made there into the main campaign of Pathfinder: Kingmaker! This exciting new side story is about the size of one chapter of our main campaign and will take 6-12 hours to complete, depending on your playstyle.

A new game mode. Sometimes you want to play a story with memorable characters, rich lore, and a complicated set of choices and consequences. But then there are days when you just want to grab a sword, cast some spells, and destroy a horde of monsters! This DLC will introduce a rogue-like randomly generated endless dungeon, complete with a new unique boss. You can explore it in a separate game, or as a part of your main campaign. How deep can you go?

Pathfinder: Kingmaker Is Coming to PlayStation 4, Xbox One and Nintendo Switch