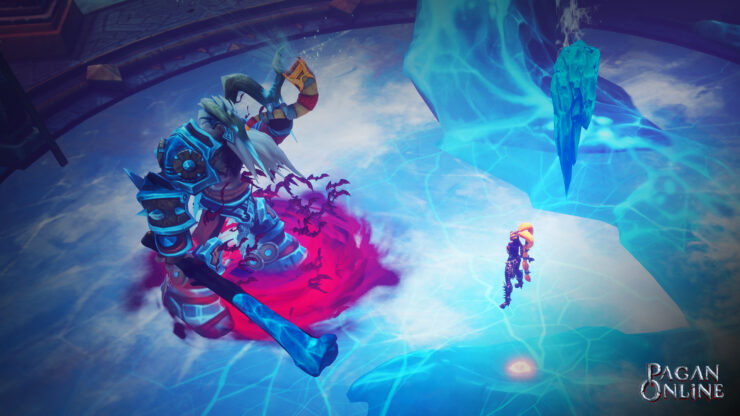 Pagan Online, the upcoming hardcore hack 'n' slash action RPG in development at Serbian studio Mad Head Games and due to be published by Wargaming, has debuted in the first gameplay footage shared today.

According to the developers, Pagan Online features intense and exciting session-based action combat, while character progression is going to incentivize building and improving a 'family' of characters. There will be a combination of storytelling, procedurally generated areas and even choices leading to different combat types, in an effort to try and give the feeling of a living world that changes over time.

With Pagan Online we’ve worked hard to deliver a fast-paced and intense combat system that’s easy to pick up but difficult to master. We took inspiration from MOBAs to create unique characters with specific skills and specialties, and when you put them into this type of combat system you end up with a family of fighters that do different things well in different scenarios.

The amount of loot in Pagan Online is vast - we want players to be challenged to experiment and find the right combinations of skill boosts and buffs that make their playstyle even more effective. This means knowing the different characters, how you want to play them, and what they’re good at, and trying out different loadouts until you find the most deadly combination.

The game is due to be released next year on PC. Before that, though, fans now have the chance to register on the official website for the pre-launch Trials.

The Gods are gone – their demise has left the world in turmoil. Dark forces the likes of which have never been seen before are amassing to tear the souls from those too weak to resist and devour whoever is left.

You are the Gods’ only hope now.

Become one of the Chosen, forces of nature hand-picked by fate to fight for their world. Battle for endless riches and forge artifacts of unspeakable power in your quest for glory. Carve a path through your enemies to claim the world as yours.

To begin your journey, help the Mysterious Old Man to discover the greatest secrets the realm holds.

Go forth and do what you will – this is the only law now.