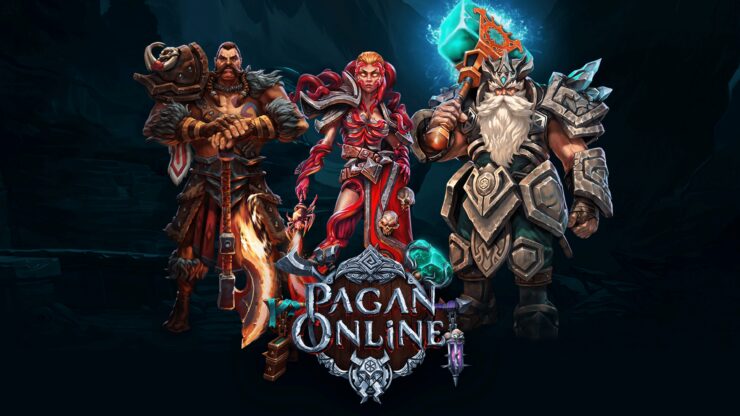 Wargaming, most famous for its collection of free-to-play war games (unsurprisingly), is doing something a little different. After looking through around one hundred games over eighteen months, Wargaming decided to work with the developers at Mad Head Studios in Belgrade, Serbia to publish Pagan Online.

When you first look at Pagan Online, you might think it is one of a dozen Diablo clones. With its distinctive heroes, fantasy setting and asymmetric camera it is hard not to get that impression. While they have clearly been inspired by Blizzard's series, Pagan Online has its own take on the ARPG genre. Mad Head is one of the very few game studios in Serbia, and they have seemingly taken a big step outside of their comfort zone to create Pagan Online. Although the studio has survived for thirteen years, its catalog of games mainly consists of point and click adventures, hidden object puzzles, and casual mobile games. Now they are embarking on this ambitious ARPG, but this heritage has helped shape Pagan Online into something different from its competitors. 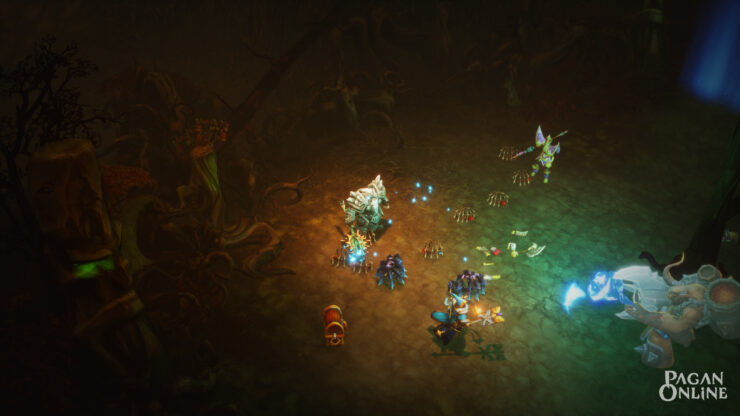 Surprisingly, and worth mentioning from the beginning, Pagan Online will not be free-to-play. Despite Wargaming’s long history with the marketing model and the genre’s renaissance within it, Pagan Online will be Buy-to-Play (B2P) with somewhere between zero and very few microtransactions. At a press trip to the studio's headquarters, the developers said that the only in-game purchases they were considering were pets for the player character, although this had not been decided yet.

The developers have got a very engaging closed beta up and running that I was able to play for several hours, even tackling the boss.

The basic storyline, for those concerned with that in this kind of game, is that the Gods have vanished and, in their absence, demonic forces are beginning to invade the mortal realms. As a recently deceased hero, you are taken to the Patheon where the Gods once lived. Here you are, kind of like the messenger of the Gods if all the letters they wanted to send were murderous. You are returned to mortal plane to complete a mission, murdering any demons and monsters that get in your way, before returned to the Patheon to level up, reforge your equipment and sell all the useless items you hoarded along the way.

The biggest difference between Pagan Online and other ARPGs is the speed of it all. Games like Diablo and Path of Exile work as a marathon, but Pagan is a sprint. Mission last only ten minutes or so before sending you back to the Pantheon. You can tell that this is a design hangover from Mad Head’s mobile days, as it gives players the chance to play for only a few minutes and still feel like they have accomplished something. But it is really enjoyable for the more dedicated players as well. The loading times are only a couple of seconds long, so it never feels like an interruption to jump back and forth between the hub world and the missions. Plus it gives you the perfect opportunity to quickly look through your loot, rather than trying to find a quiet moment in the middle of a dungeon.

As with any good ARPG, the combat is the central focus on the gameplay, and Pagan Online comes with a tight, challenging experience even for seasoned players. While the full game will support coop of initially two players, the build I played on was entirely solitary. The format of the combat is fairly unremarkable, with players arriving in a location, beating the enemies and moving to the next. But players have a lot more freedom in the actual combat, with a more twin-stick shooter feel. Pagan is much more mobile with players moving and attacking to avoid being overrun by the various mobs, tanks and elites that spring up to kill you all over again. On top of that, the heroes unique abilities are creative and multipurpose which lets you experiment and adapt your style depending on the foe. 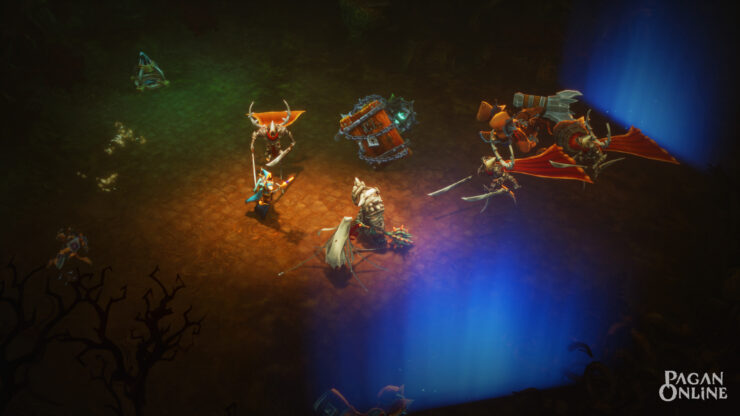 While Pagan Online boasts eight heroes on the character selection screen, players must pick one of only three to start with. I picked a blood magic user with ranged attacks, mainly because she had a healing passive ability and I was forewarned about the difficulty. Her abilities included spells that slowed enemies or pushed them back to give me a little breathing room and a giant bat that would attack in a straight line. Her ultimate skill creates a huge explosive heart in the middle of the battleground that deals massive damage when charged with regular attacks.

The other two starting heroes were an axe-wielding barbarian and a huge armored tank. Other heroes included a magic user that could swap between fire and lightning spells and a luck based tarot card wielder, although I didn’t get the chance to see them for myself. Unlocking new heroes is also not fully ironed out yet in the studio. Players have to collect specific hero shards, which are a rare drop during missions, but the number needed seems to be undecided. The build I played wanted one hundred shards to unlock each hero, but I was told by the developers that this was too grindy and was likely to change before release. One hundred does seem too much, but after several hours with my hero, I was still mastering her abilities. Unlocking them too quickly would almost certainly make the more challenging encounters much harder.

The demons and monster battles you’ll regularly stumble into during Pagan Online are completely random. While the maps are huge, unchanging and handcrafted, the monsters can attack in any variation. This means that some runs might only have weakling creatures hurling themselves at you, others might have titans. It all adds up to create a really engaging feel when you happen upon a particularly tough encounter and have to put all your skills to the test. Like in Diablo, some monsters are 'Elite' and come at you with special abilities and a larger health pool. 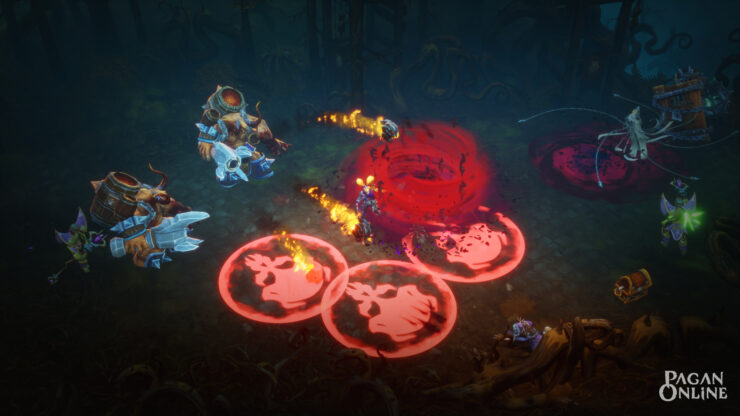 But nothing ever feels like a grind. Players will find themselves deftly weaving between attacking hordes as they dispatch murderous spells and abilities to bring them down. Even the first boss, with his colossal health pool, was more about movement and flow than it was about chipping away at his health.

Some finer details of Pagan Online have yet to be decided, but the rest is shaping up to be a great pick up and play hack-and-slash experience. With so many characters, cosmetics and equipment to unlock, it seems there will always be a reward for picking up the game even for a few minutes. While more serious players can focus on overcoming the harder challenges, fighting for their spot at the top of the leaderboards and mastering the heroes many abilities.

Pagan Online is targeting a launch on Windows PC via Steam and Wargaming's own Game Center. Stay tuned on Wccftech for details on the release window when they are confirmed by the publisher.