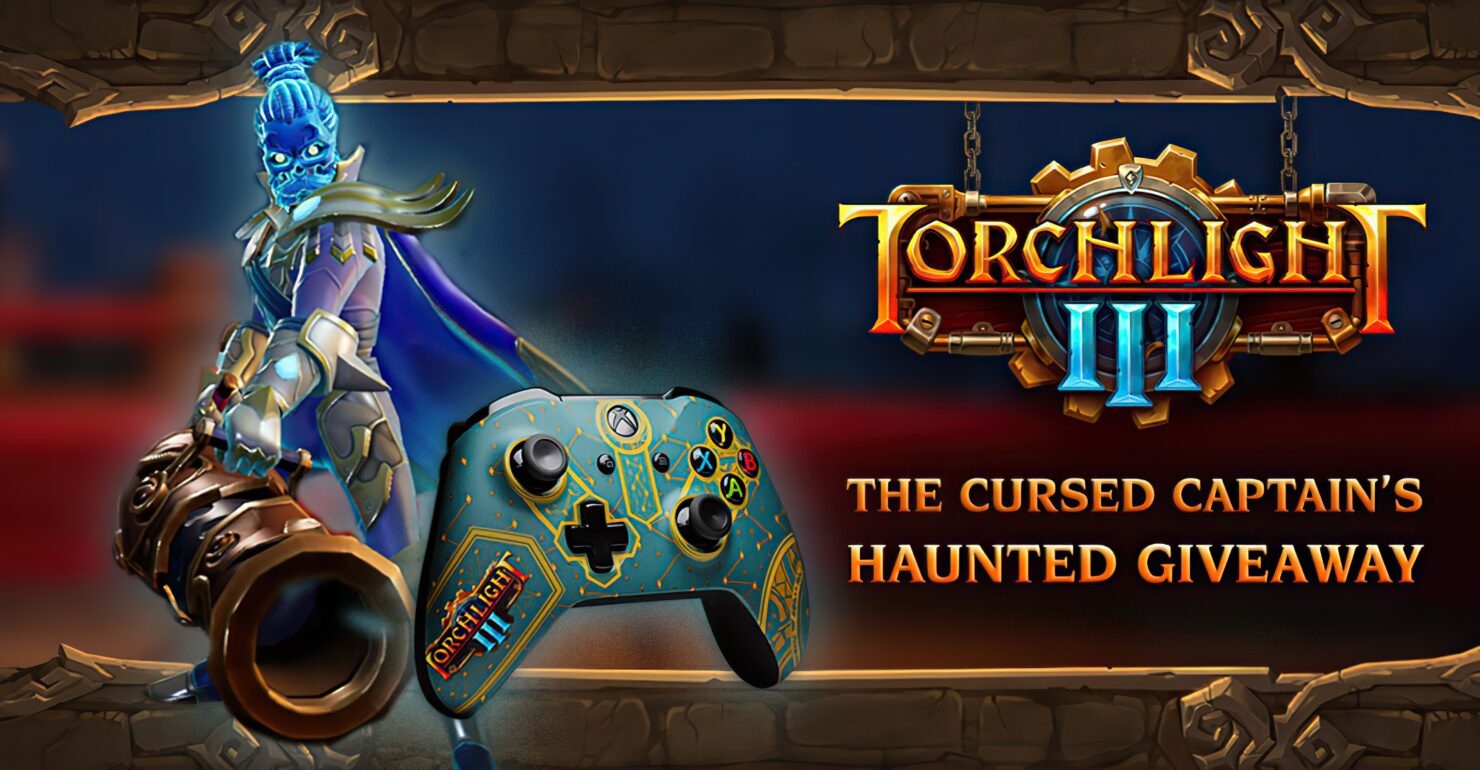 These giveaways will be using the raffle model. Just enter the competition and we'll randomly select the winners in a week. Good luck!

Torchlight III developer Echtra Games (acquired by Zynga in March and now destined to move on from this title) recently released a major free update that added a fifth class, the Cursed Captain. The patch also includes some new content and several quality-of-life features.

Walking the plank between life and death, the Cursed Captain is the undisputed commander of the high seas. This corporeal new class can summon a crew of undead swashbucklers during combat or blast enemies with twin sabers, powder kegs and other classic pirate weapons. Plus, those who take control of the Cursed Captain can collect doubloons from combat to power his skills. The Cursed Captain has two unique skill trees: Cursed and Piracy. Along with these unique skills, the class also introduces a new class-specific armor type to Torchlight III: capes.

This update also brings other exciting new content and quality-of-life updates to the hack’n’slash ARPG. This includes updates to the pet system, a new “Fur and Fashion” contract, UI improvements, additional pet slots and four new species of companions with over 40 new variants (Stag, Shiba Inu, Bulldog and Fox). Adventurers will also discover new fort items, such as the Fox Arch, Wyrm Skull, and Netherim Specimen, which can be used in a potential new laboratory.

For our thoughts on the game, check out Dave's review.