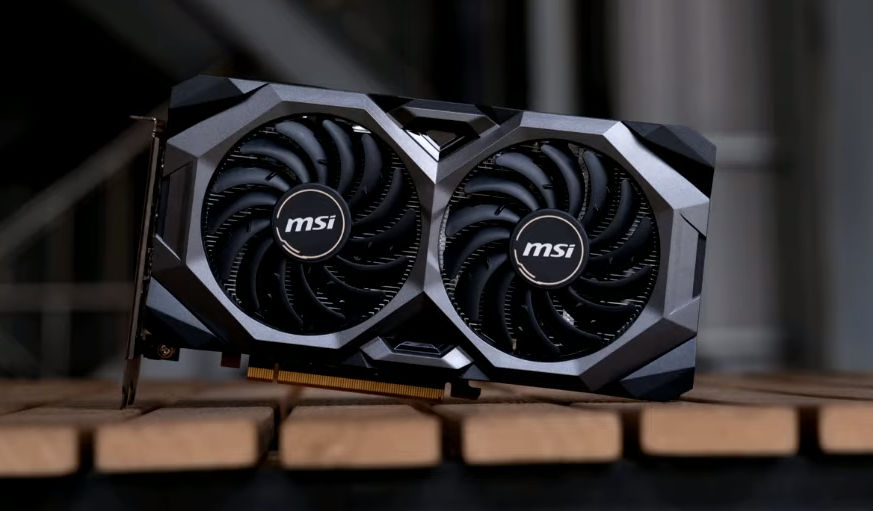 MSI's Radeon RX 5700 XT is on a pretty awesome sale of $369 while featuring dual-fans and a factory overclocked design. This card has been overclocked to a base clock of 1,670 MHz & a maximum boost clock of 1,925 MHz which is 20 MHz more than AMD's reference RX 5700 XT.

This GPU utilizes the 7nm process technology, together with an array of graphics-enhancing features and the TORX fan 3.0 thermal design. MSI Radeon RX 5700 XT card has some fantastic features providing 8GB of 256-Bit GDDR6 RAM, three DisplayPort 1.4 connectors, and a single HDMI 2.0 port. The HDMI 2.0 port offers support for up to 120Hz at 1440p resolution and 4K resolutions at 60 frames per second.

MSI Radeon RX 5700 XT card offers double fans for cooling, and with the overclock that is applied to this card, you'll need the extra cooling that the dual-fans offer. This GPU can take advantage of the recently launched PCIe 4.0 protocol on X570 motherboards providing a better connection to the CPU and allowing for faster communication.

The upgraded cooler allows for better thermals making the MECH series of RX 5700 XT 11% cooler compared to AMD's reference RX 5700 XT. This is brought about by the 6mm copper heat pipes with an optimized layout increasing the cooling efficiency using a direct-contact design. The heat fins are cooled by the TORX fan 3.0, which is a brand-new version of the iconic MSI TORX fan.

The traditional fan blade pushes down a steady airflow to the massive heat sink below, along with a dispersion fan blade, a unique curved blade which accelerates the airflow, increasing its effectiveness. This video card has thermal padding that allows the various components to transfer heat to the heatsink for better cooling overall. This card offers a very sturdy backplate that helps to strengthen the graphics card and has a design that allows for this card to look fabulous while keeping the graphics card sag to a minimum.