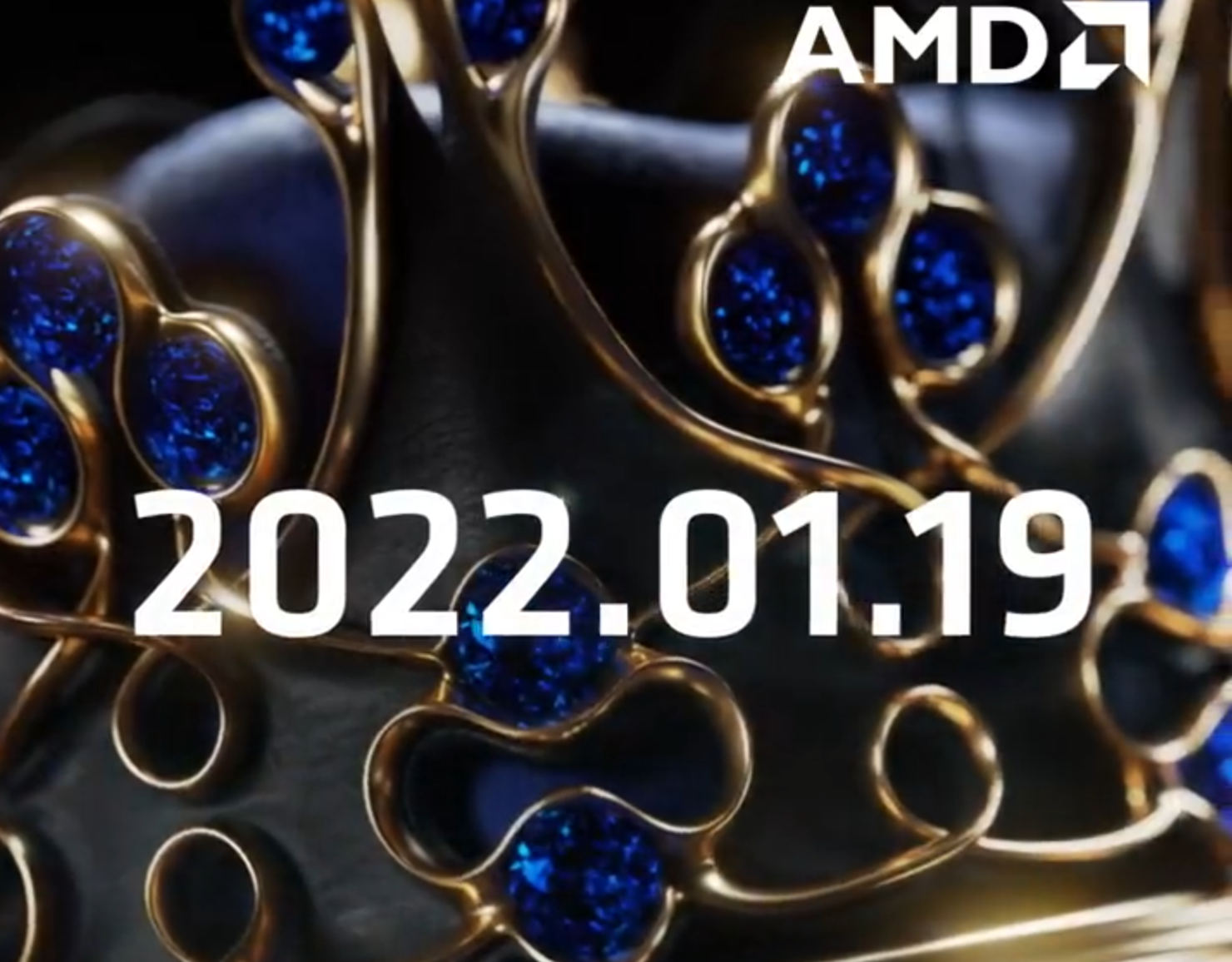 The official AMD Radeon PRO Twitter account posted a video yesterday advertising a mysterious announcement to reveal on January 19, 2022. The text in the Tweet states, "Be one of the first to know more." The tweet showed no signs of hashtags, emojis, or other characters outside the five-second video.

Website VideoCardz speculates that AMD is hinting at an announcement of their newest Radeon PRO workstation graphics card. Upon looking at the five-second video, the camera slowly pans across the jewels and then transitions to a different angle to show us more of the golden crown, and then shows the date "2022.01.19" before fading to a black background with just the date and AMD's logo in the top corner.

Be one of the first to know more.

When female royalty figures wear a tiara, it represents a sign of marriage. The gemstones are unknown, but due to the blue coloring, the gem in question infers representation of sapphires—a gem commonly seen in most royal tiaras, along with diamonds and other jewels and gemstones. The pattern is also somewhat seen in royal circles, especially in queen's tiaras. Sapphire gemstones are considered more expensive than the bold, blue tanzanite gemstone.

As per Videocardz, the announcement might be related to the budget-tier Workstation Radeon Pro W6400 graphics card that would be the king of its class in terms of performance and efficiency. Now we don't know the exact specifications of this chip at the moment but it is likely to utilize an entry-level RDNA 2 GPU such as the Navi 24 which will soon be featured on AMD's Radeon RX 6500 XT & Radeon RX 6400 graphics cards.

Sadly this is not a high-end GPU, but a budget workstation W6400 card.

It's a king of its class, hence the crown. 🤦‍♂️ https://t.co/IOVcyh3zAa

All of this is highly speculative. There is no official word or leaks as to what product AMD is releasing before Wednesday's announcement. We will have to wait four more days to see what AMD will reveal to the public.