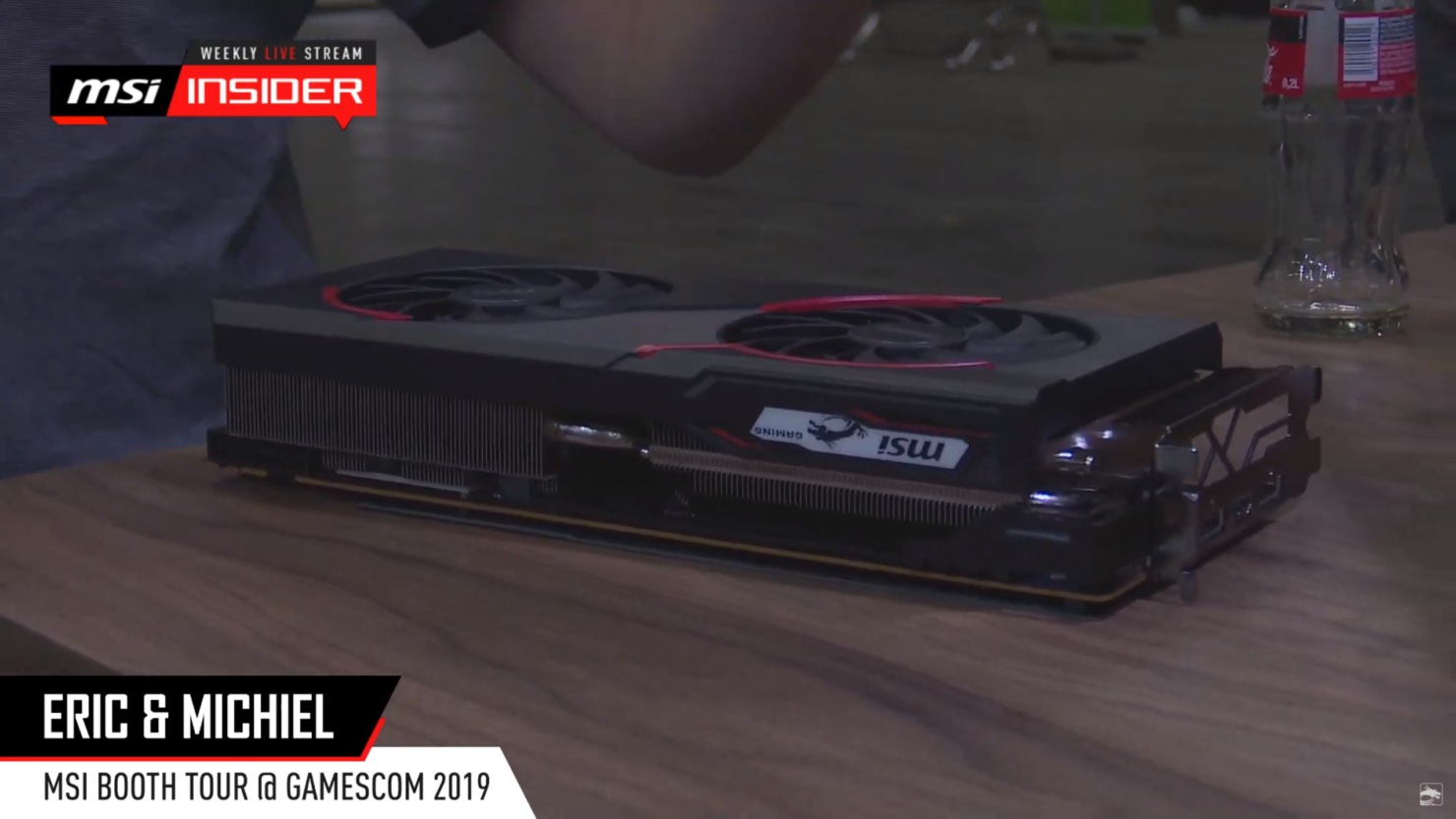 MSI showcased their latest Radeon RX 5700 XT Gaming graphics card at their Gamescom 2019 booth (via Videocardz). The new graphics card features a fully custom PCB and cooling design which would offer better performance and lower temperatures than the reference variant that features a blower-styled cooler.

MSI has currently launched two custom lines for the Radeon RX 5700 series known as the MECH & EVOKE. We tested the MSI Radeon RX 5700 XT EVOKE OC which is one gorgeous graphics card and a much better option than the reference graphics card. Now MSI is preparing a top-end Radeon RX 5700 line which will be part of their Gaming series.

The MSI Radeon RX 5700 XT Gaming graphics card features a 2.5 slot design which means you'd need three slots worth of free space to accommodate this card. The shroud features a gun-metal design with red and black textures. The card uses the same Torx 3.0 fans that are used on MSI's entire Gaming lineup. The graphics card is also fitted with MSI's Mystic Light RGB system which runs on the side of the graphics card.

Underneath the shroud are two thick aluminum fin blocks which are interconnected by five 6mm and a single (close-quarters) 8mm heat pipe. The base plate features a copper surface which will make direct contact with the GPU. The aluminum heatsink also makes direct contact with the rest of the electrical components such as VRMs and MOSFETs through a number of heat pads. In terms of power, we are looking at dual 8-pin connectors to feed the card. The extra power would be used to deliver stable and higher clock speeds out of the box. This should help deliver slightly better performance than the reference Radeon RX 5700 XT graphics card.

The Radeon RX 5700 XT Gaming graphics card features the standard display configuration of three DisplayPort and a single HDMI port. There's a metallic backplate that covers the entire back and that's about it for this card. It is definitely aimed at the high-end gaming market and we can expect it to land around the $450 US price point. MSI has mentioned that the card launches within three weeks around the globe.