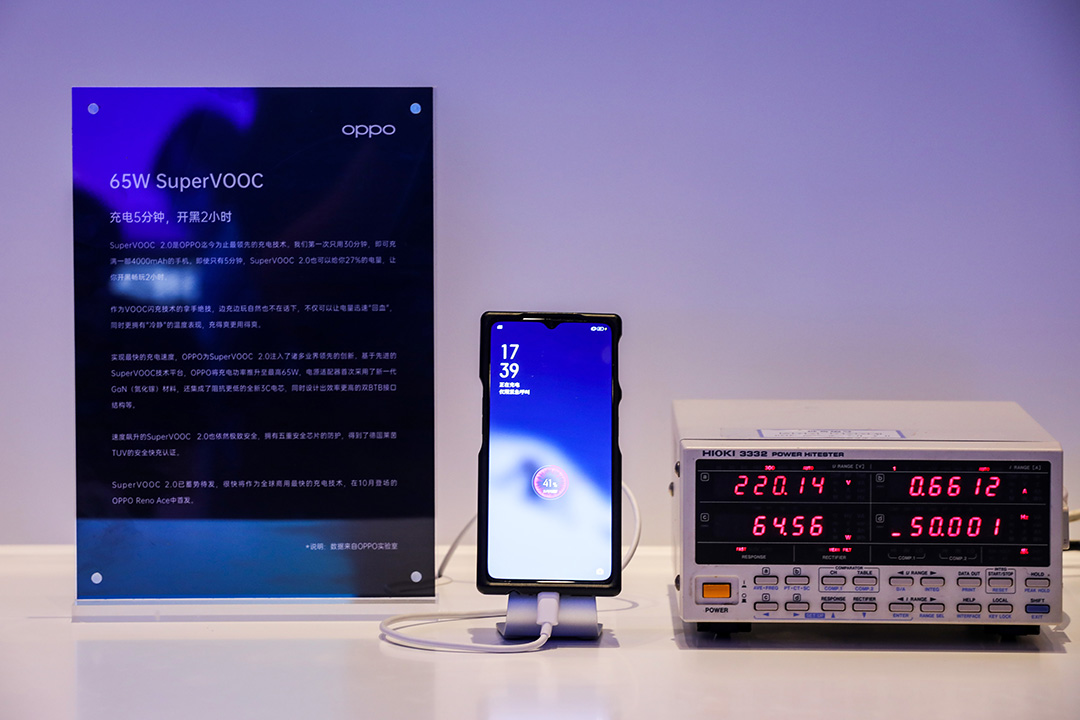 One would expect industry giants such as Apple or Samsung to be at the leaders in the realm of Fast Charging. But, the industry leader in this avenue is Oppo, who has been ahead of the pack for quite some time. The company announced the launch of three new flash charge technologies: 65W SuperVOOC Fast Charge 2.0, 30W Wireless VOOC Flash Charge and VOOC Flash Charge 4.0 in a press release today. Currently, most flagships sit between the 18-45W range, putting Oppo well ahead of everyone.

After a lot of anticipation about 65W SuperVOOC, let me show you how fast it really is! ? pic.twitter.com/p1UHi18v6Q

The 65W SuperVOOC 2.0 technology will make its debut in the upcoming Reno smartphone and can charge a 4000mAh battery from 1% to 100% in just 27 minutes, and battery filled in 30 minutes. The solution can also charge up to 27% in a mere five minutes. It is also backward compatible with SuperVOOC and VOOC Flash Charge. Oppo achieves these speeds using Gallium Nitride (GaN) semiconductors and has five different safety measures throughout the wire, adapter, and handset, so you probably shouldn't rely on third-party peripherals lest you want an authentic Galaxy Note 7 experience. 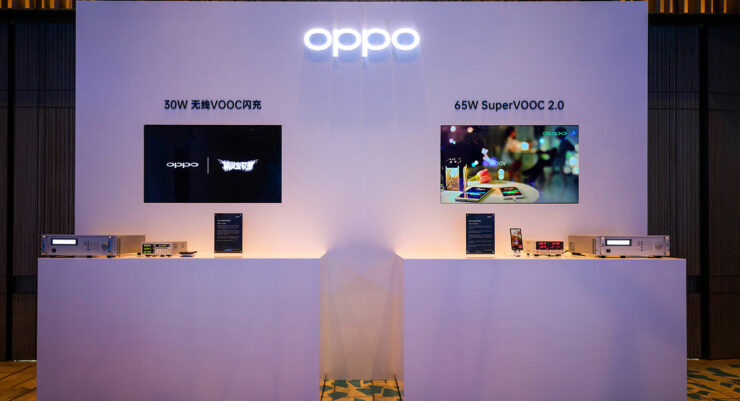 In addition to the 65W wired charging Oppo also unveiled its 30W Wireless VOOC Flash Charge technology which can charge a 4000mAh battery within 80 minutes. It is also compatible with the QI standard and supports a charging power of 5W or 10W. It gets to these speeds using real-time adjustment of the charging process and efficient charging components to ensure a more efficient and safer charging while avoiding overheating. Oppo claims to have perfected several hardware designs to avoid overheating, HVDC and a foreign object detection function that ensures charging stops immediately when the charging board detects the intrusion of foreign metal objects.

Lastly, Oppo has also upgraded VOOC Flash Charge to Version 4.0 which can charge a 4000mAh battery to be charged to 67% in 30 minutes and 100% in 73 minutes. It is 12% faster than the previous generation. A further optimized VFC algorithm serves to reduce the charging time required for charging the final 10% of battery capacity. OPPO has also reduced the internal resistance of the entire charging system and suppressed heat generation through an active adapter and advanced battery cell design. The standard is compatible with all Flash Charge protocols before VOOC 3.0 and can achieve full load charging power of (20W).