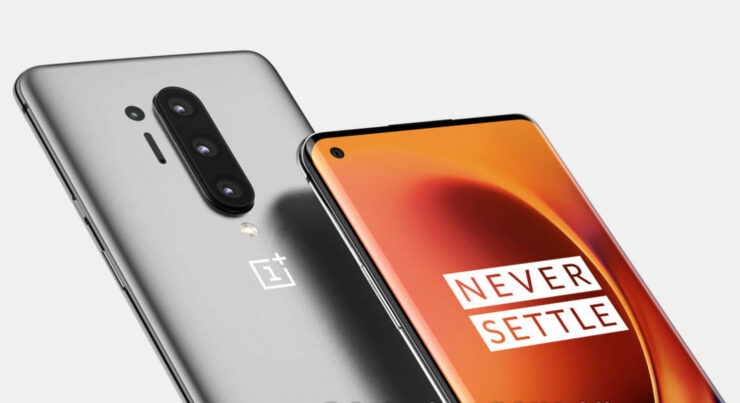 Following OnePlus’ confirmation that it will hold a physical launch event later in the year, here’s some more news surrounding the company’s upcoming flagship, the OnePlus 8 Pro. Apparently, real-life images of the premium handset have shown up, showing the same camera positioning as its predecessor, the OnePlus 7T Pro. While it’s disappointing to see that the company might not have made the effort to make a ton of design changes at the back, there are other things to look forward to.

According to the real-life OnePlus 8 Pro images that showed up online via a Twitter account, the smartphone will tout a triple rear camera in a vertical arrangement. That isn’t any different compared to what we’ve seen on the OnePlus 7 Pro and OnePlus 7T Pro, but there can be a little change in all of this. If you take a closer look at the camera configuration, there’s a small sensor placed up top.

That might be a ToF unit, and we believe during the official OnePlus 8 Pro announcement, we’ll get to know what exactly it does and how will it benefit the overall optics configuration. There’s an LED flash at the bottom, with the OnePlus logo right below it. Unfortunately, because there are only two images provided, we can’t take a gander at the other corners of this alleged flagship. However, according to previously leaked CAD renders, the OnePlus 8 Pro won’t feature a pop-up selfie camera.

Instead, the company will adopt a punch-hole camera solution, and since there will be no moving parts here, there are fewer chances of malfunctions. As for the specifications, it’s possible the OnePlus 8 Pro becomes the first offering from the company to get Qi wireless charging support, along with a 120Hz refresh rate that can apparently run on its maximum possible resolution.

Other internal specs include a Snapdragon 865, which might be paired with up to 16GB of LPDDR5 RAM. Since rumors of a slightly powerful Snapdragon 865 Plus have emerged, it appears that a OnePlus 8T Pro might succeed this version in the near future. However, we’ll still advise that you treat all this info with a pinch of salt for now.

Are you excited to see what the OnePlus 8 Pro camera is capable of doing? Let us know down in the comments.