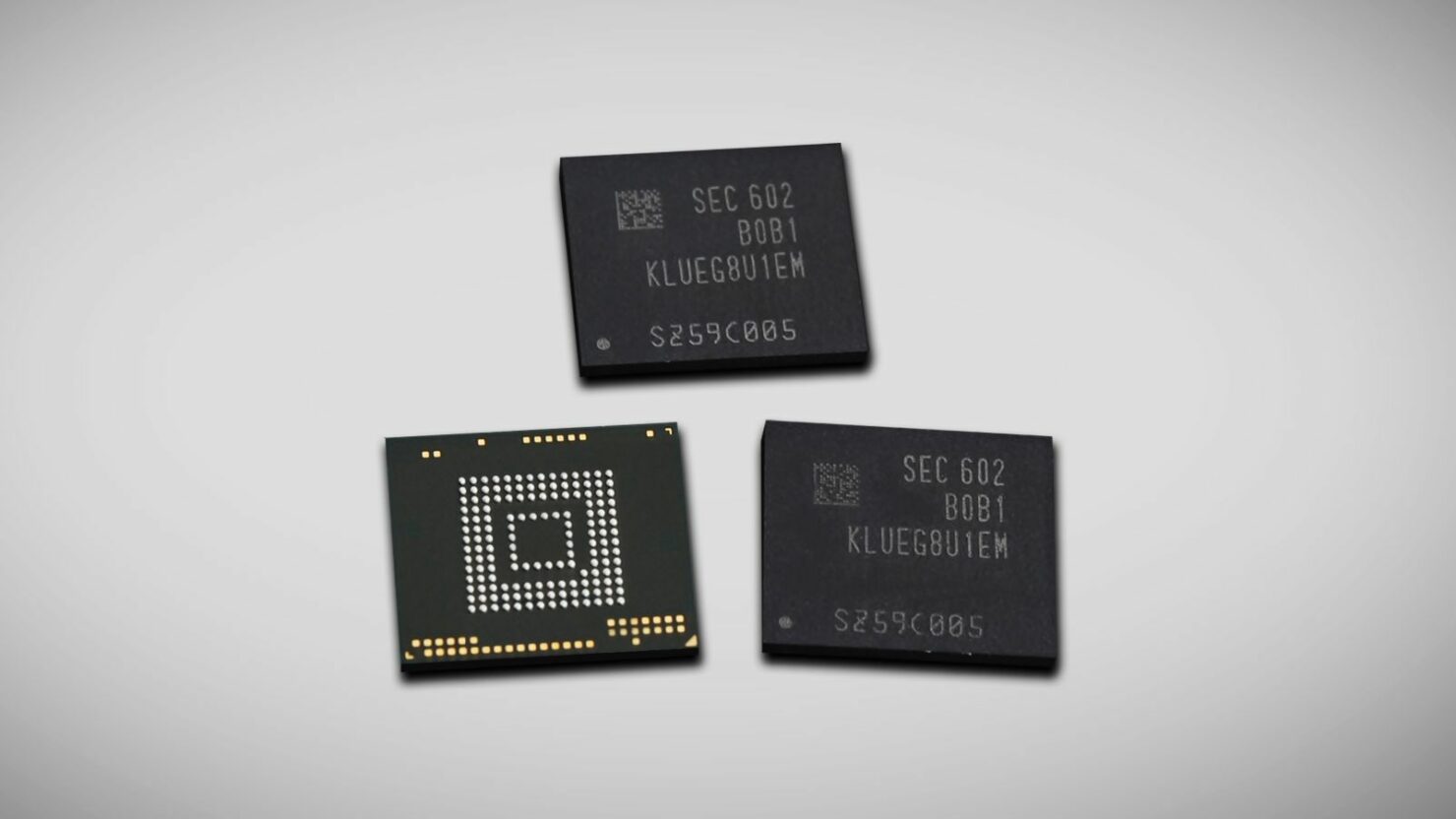 We've got a week left before the OnePlus 7 Pro is official. The smartphone has been the subject of many leaks so far, and OnePlus has been a good sport too by sharing information for its upcoming smartphone regularly. Now, the company's CEO Pete Lau is back with an important detail for the upcoming device. Take a look below for more details.

When analyzing a mobile gadget's performance, there are three critical variables to keep in mind. These are its chipset, storage and battery. Some of you might be wondering why we haven't mentioned the GPU, but for a smartphone, the GPU is a part of the device's SoC and often shares its manufacturing process with the CPU.

Taking these three variables, and analyzing the OnePlus 7 Pro in their terms, the device will deliver in terms of the chipset. It'll be powered by the Qualcomm Snapdragon 855, which is top-of-the-line in mobile processors for the Android platform. For its battery, it's rumored that the OnePlus 7 Pro will come with a power pack of at least 4,000mAh capacity. For comparison, Apple's iPhone XS Max has a 3,174mAh battery and Samsung's Galaxy S10 Plus is powered by a 4,100mAh power pack. 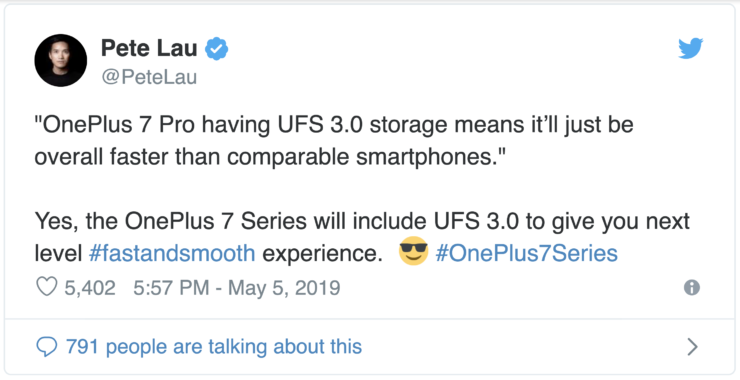 Moving towards the smartphone's storage, OnePlus' CEO Pete Lau took to Twitter yesterday to share some great news. He has confirmed that the OnePlus 7 Pro will feature UFS 3.0 storage, and if you're a regular follower of the high-end smartphone industry, then you'll know that this is big news. Why? Well, out of the four smartphones that Samsung introduced in January, only one features UFS 3.0, and that device (the Galaxy Fold), isn't doing well in terms of durability.

This is a big win for OnePlus as UFS 3.0 will undoubtedly attract a lot of users who know its benefits. For the uninitiated, UFS stands for Universal Flash Storage, and UFS 3.0 is the version's latest standard introduced by JEDEC (Joint Electron Device Engineering Council) in January last year. UFS 3.0 promises an 11.6 Gbit/s data rate per lane, which translates into 1450 MB/s.

Earlier this year in March, we came across Androbench scores of UFS 3.0 storage on the Samsung Galaxy Fold. These scores were from an insider who had run the test on Samsung's foldable smartphone. Here are the results, and you can read about them in detail in our earlier coverage.

Safe to say, the OnePlus 7 Pro will be in its own class if the company can successfully implement UFS 3.0 on the smartphone. OnePlus is taking the right steps in the right direction, and with the OnePlus 7 Pro, it will be able to move into the list of mainstream manufacturers successfully if the market response to the smartphone is positive. Thoughts? Let us know what you think in the comments section below and stay tuned. We'll keep you updated on the latest.