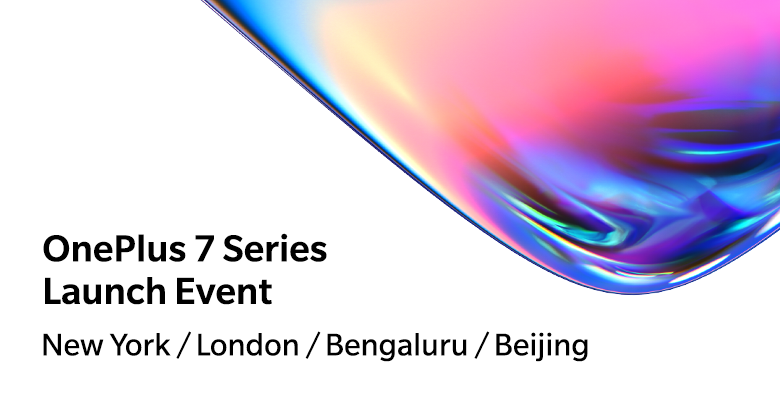 With its launch due later this month, it's undoubtable that OnePlus has finished work on the OnePlus 7 Pro. Therefore, the company should be busy testing the device and as a result, we've got the first GeekBench leak for the smartphone today. Before we get to it, a short recap of the OnePlus 7 Pro's rumored specifications is in order. The smartphone will feature Qualcomm's Snapdragon 855 paired with at least 8GB of RAM. At its back, the OnePlus 7 Pro will feature a triple rear camera setup

The bit about the RAM is interesting when viewed in line with today's leak. The OnePlus GM1917 has surfaced on GeekBench, and this model number is known to correspond with the OnePlus 7 Pro due to earlier leaks. Now, we can start to form rough estimates for this device's performance. 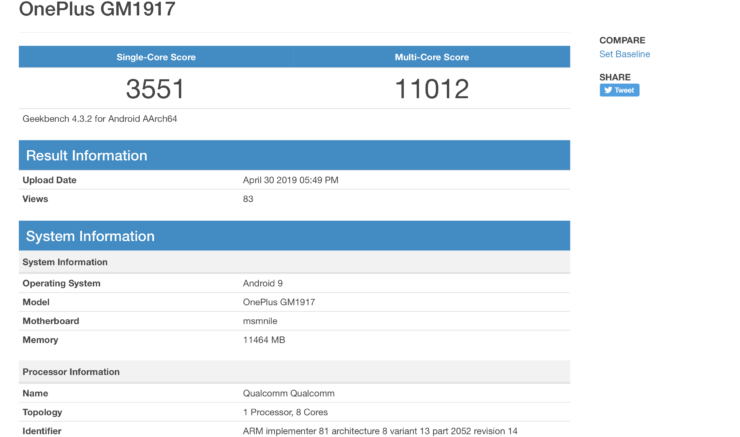 In its first GeekBench run, the gadget scores 3551 points in single and 11012 points in multi-core tests. This puts the device right on par with Apple's iPhone XS Max and Samsung's Galaxy S10 Plus in multi-core scores. However, the smartphone's single core results are lower than Apple's iPhone XS Max's. Another interesting reveal in today's GeekBench listing is the amount of RAM that is present on the OnePlus 7 Pro.

The smartphone is running on approximately 12GB of RAM, which is surprising as we're yet to see any report from the rumor mill claim the amount for the OnePlus 7 Pro. If 12GB of RAM does materialize on the device, then it'll be certain that OnePlus has its eyes set on the big leagues. Whatever the case is, we'll find out in just two weeks from now. Till then, stay tuned and let us know what you think in the comments section below. We'll keep you updated on the latest.