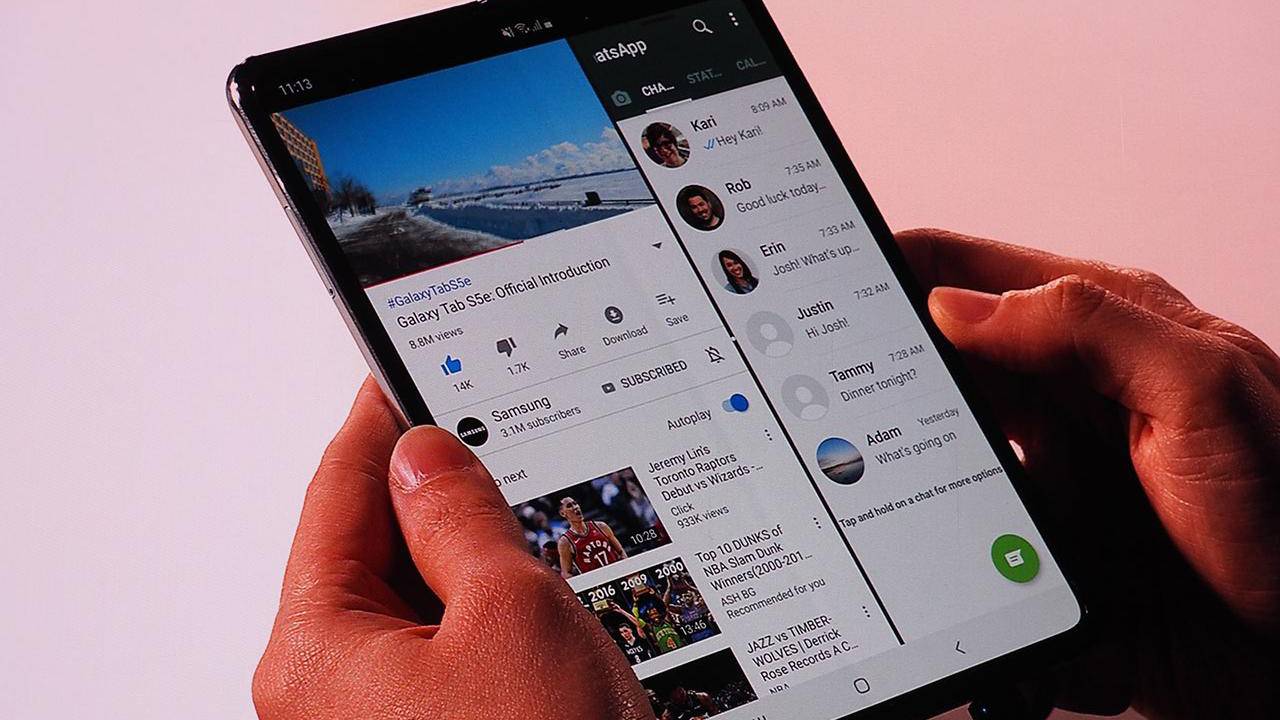 One cool form factor that 2019's ushered in the flagship smartphone world is a smartphone that folds. Innovation in the display market has enabled manufacturers to launch smartphones that truly resemble portable notebooks. Such a concept isn't new; Microsoft's been thinking about one for years. But, Samsung and Huawei are the first two companies to showcase this concept, and now we've got more details for the Samsung Galaxy Fold courtesy of Mishaal Rehman. Head over below for more.

Before we get into the many details shared by an anonymous source, it's relevant to mention that the Samsung Galaxy Fold features UFS 3.0 storage. In contrast, neither of the three Galaxy S10 smartphones launched by the Korean tech giant earlier this year comes with the advanced storage, despite the fact that Samsung manufactures the modules itself.

The speeds shown by UFS 3.0 in AndroBench are massive if they reflect real-world performance. Here's what the Samsung Galaxy Fold achieves in the platform:

If you've come across AndroBench results of the Galaxy S10 lineup, you'll know that the difference between those scores and these is mindblowing. Now that we've covered UFS 3.0 scores, it's time to move towards the other relevant details shared today. Starting off from design,  the device does not fold completely and instead, it leaves a crease in the middle like a binder does.

The device's hinge does not bend outwards, and opening it at a right angle is tricky. While some of these details might seem irrelevant, keep in mind that they are a result of a live question/answer session and therefore are answers to queries rather than a general description of the Galaxy Fold intended for everyone.

The gadget's performance is comparable to the Galaxy S10+ powered by Samsung's Exynos 9820 and its primary rear camera has a 16MP resolution with wide-angle support. At the front of the device, you get two 10MP cameras. The crease on the Galaxy Fold's display is visible once you start folding it, but if the display brightness is above 70%, this crease becomes less noticeable.

The second image in the gallery above shows AndroBench running in fullscreen on the Galaxy Fold. Samsung Pay will also work with the smartphone, and you'll be able to run two separate home screens on the Fold. The open/close delay on the gadget is still present, but it's expected that Samsung will resolve the issue before launch.

The Samsung Galaxy Fold will be released in the US on the 26th of April, and in Europe on the 3rd of May. Samsung will allow the device to run three apps at the same time, by using the gadget's secondary display to run two, while the primary panel runs one app. The Galaxy Fold has two batteries with a combined capacity of 4,380mAh.