You Can Grab One Month of Xbox Game Pass for $1 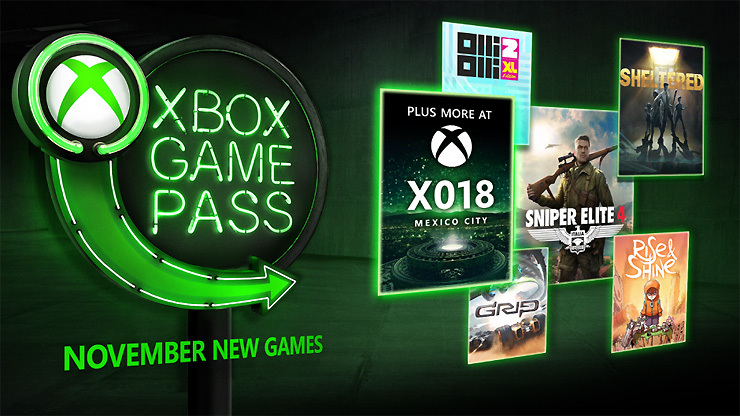 Xbox Game Pass, Microsoft's attempt at building a Netflix-like subscription service for games, is gaining momentum while its library grows slowly but steadily.

The big boost to Xbox Game Pass happened when Microsoft announced it would bring all of its first-party titles day and date with the retail and digital release. Since then, the library improved even further. The latest additions were GRIP, Sniper Elite 4 and OlliOlli2, but the value is expected to increase again later today at the X018 event (live streamed at 4K resolution on Mixer and Twitch, YouTube, Facebook, Twitter, starting 4 PM Eastern Time).

Microsoft said it will announce over a dozen new games coming to Xbox Game Pass. The great news is that they've already discounted the one-month subscription down to one mere dollar, making it a no-brainer for those who want to play many great games. The six-month subscription option also seems to be discounted (from the usual $60 down to $30), though oddly enough this doesn't show for everyone in the drop-down menu.

The bulk of the library is still only available on the Xbox One. Microsoft CEO Satya Nadella recently confirmed it will eventually come on Windows 10 PC, but several titles are actually already available via Xbox Play Anywhere.

Get unlimited access to over 100 Xbox One and Xbox 360 games on Xbox One for one low monthly price. Play new games like Sea of Thieves and State of Decay 2, as well as Forza Horizon 4 and Crackdown 3 the day they’re released, and enjoy a wide variety of games, from recent blockbusters to critically-acclaimed indie titles. Discover and download titles you’ve always wanted to play or revisit favorites that you’ve been missing. Games are selected for high ratings and fun, and if you love an Xbox One game currently in the existing catalog and want to own it, you can buy it and save up to 20%, plus get up to 10% off related game add-ons and consumables. With new games added all the time, and the option to cancel anytime, Xbox Game Pass is your ticket to endless play.