As you can easily guess from its title, State of Decay 2 is the sequel to the zombie apocalypse simulator made by Undead Labs and released as an Xbox Live Arcade title for the Xbox 360 in 2013, before landing on PC as well.

The game was quietly but steadily successful and garnered a loyal fan base over the years by delivering something unique. While there's certainly been no shortage of zombie games in the past two decades or so, there's still nothing quite like State of Decay on the market. The formula concocted by Undead Labs takes equally from an action game like Dead Rising or Dying Light and a survival/management RPG such as Dead State.

Let's take a step back for a moment, though. The studio based in Seattle was founded in 2009 by Jeff Strain, formerly Lead Programmer on World of Warcraft at Blizzard and Programmer of the first Guild Wars at ArenaNet. When Undead Labs was first revealed to the world, the studio's goal was, unsurprisingly given the expertise of its founder, to create a full-fledged online zombie MMO for consoles. As those who have followed Undead Labs in all these years know, the plan was to build a solid foundation with a single player game codenamed Class3 (the first State of Decay) to then take it all online with a follow-up game codenamed Class4.

However, upon receiving feedback from those fans who enjoyed the first installment, the developers decided to change their plans and merely add an online cooperative mode for up to four players rather than make a true MMO title.

Now that I've played State of Decay 2 rather extensively, do I believe they made the right choice? Yes and no. The former applies because the main issues in this sequel are essentially of a technical nature and making a full-blown persistent online world would have only exacerbated them in all likelihood. However, the latter is also true as the State of Decay 2 we got doesn't meaningfully advance the franchise, nor does it provide a cure for Microsoft's chronic lack of great first party exclusives.

As I've just stated above, there are many technical shortcomings to be found here, sadly. The same was true of the previous title, but one would have hoped to find substantial improvements this time around. That's not really the case as during my playthrough I encountered bugs of the innocent kind (such as the flying zombies, as you can see below) but also of the annoying kind. One in particular is worth relaying, in the hope it can be fixed as swiftly as possible.

When you're not playing with a friend in coop, you'll want to ask one of your fellow survivors at the base to follow you when going out. Not only does this give you a much better chance of survival, there's also the added bonus of being able to store double the amount of items you've scavenged.

Sadly, this mechanic seems to break way too often right now. By that, I mean how at a certain point during a session my buddy NPC would seemingly vanish. Even though the in-game map kept marking the NPC as following my character, there would be no one in sight. That's not all: I also wasn't able to swap said follower with anyone else at the base, effectively leaving me on my own for the time being. Restarting the game usually did the trick of allowing me to recruit someone else, but it's absolutely an annoyance that should be resolved as soon as possible.

Beyond the bugs, anyway, there's generally the feeling of a raw experience. That's due to the graphics as much as the performance. On the Xbox One X, it would be hard to describe gameplay as 'smooth'. More often than not it seemed to hover somewhere in the 20FPS and that's surely not ideal when you're desperately trying to escape with your life from a ravenous zombie horde.

What's perplexing is that State of Decay 2 is far from a graphics powerhouse. In fact, when it comes to games powered by Unreal Engine 4, this one sits comfortably in the middle of the pack and that's when it comes to independent games rather than triple-A titles.

The texture work is, on the whole, quite underwhelming and aliasing is often noticeable, as is the rather aggressive pop-in of both grass and character models. That's also true, albeit to a lesser extent, when playing on a PC with max settings. This version runs at a far higher frame rate, so there's that, but it still isn't as optimized as it should be (though drivers from NVIDIA and AMD could improve the situation here).

It's not like State of Decay 2 renders hundreds of zombies on screen or a huge and detailed map. In fact, the playable map is about as big as the one in the first State of Decay which had to run on the Xbox 360 hardware; that is to say, massively smaller than any open world game released in the last three to four years.

The good news is that the developers have prepared three of these maps, each of the same size. The bad news is that those are separate maps rather than regions of a large and seamless world as you'd expect in 2018. Their addition provides a nice change of scenery when you've grown tired of the area you've been playing in for a good while, but it's just not the same thing as a truly open world.

Even with all the aforementioned issues, though, State of Decay 2 remains fun at its core and ultimately that's the most important aspect of any game. The basic gameplay loop requires you to go out and scavenge supplies of all kinds, from the fuel needed to power cars (provided you can repair one or find a car that's still working) and structures to the all-important food, medicine, ammunition et cetera.

Sometimes you'll do that for your own community, other times you'll receive requests from other survivor groups. That's also where the developers have tried to weave a dynamic narrative of sorts, given that there's no traditional story to speak of. If you choose not to help other communities, they'll eventually decide to move on, thus disappearing from the map.

Even though there are also options to directly threaten other groups, it's usually a good idea to try and maintain a healthy, mutually beneficial relationship. This provides several perks, such as morale boost and even the opportunity to call in special supplies or a getaway vehicle.

The dynamic narrative works, but only to an extent. For example, lone survivors often made radio contact asking for help in getting their vintage Remington 870 shotgun back from a house infested by zombies. As cool as it was the first time around, it got a bit repetitive by the third such request; essentially, the procedural missions could have used more variety.

The other major gameplay element is managing your base as well as your community. It's important to try and find survivors with a diverse skillset; while it's possible to find manuals to improve a certain skill like cooking, every character has a finite amount of skills they can learn.

The availability of certain skills also unlocks specific upgrades for structures. Even here the game is full of decision-making as you'll only have a handful of slots to occupy. Do you build a power generator or more beds to keep the survivors well rested and increase their morale?

I do have a minor gripe with the base building, anyway. While it's fairly in-depth, it lacks some of the most obvious options pertaining to the fortification of the base itself, such as reinforcing the gates. You can build a guard tower which reduces the likelihood of zombies attacking your base, but when they do they'll still be able to easily get in thanks to the small and feeble gates.

With the notable exception of being able to invite friends to play cooperatively, the greatest improvement in State of Decay 2 is undoubtedly the pitch-black night environment.

You literally can't see more than a few meters away and that's even with your torch on. This is when the game is at its best, providing a tense and immersive zombie apocalypse experience that's only enhanced by the constant threat of permadeath for your characters (something you'll have to worry even more about after skilling them up and unlocking specializations).

Another addition in this sequel is the Blood Plague, an infectious disease that's transmitted by specific Plague Zombies (easily distinguishable by their signature red eyes). Getting hit by these zombies will fill up an infection meter for the character and eventually get him/her sick with a countdown to death (and subsequent turning into a member of the ever-growing zombie population). Admittedly, I only lost a few characters due to special zombies like the Juggernaut. On the other hand, the Blood Plague isn't really much of a threat as you'll be able to produce the cure as needed with an Infirmary in your base. Destroying Plague Hearts is another matter entirely.

These are special infestations that increase the spawn rate of Plague Zombies in the immediate vicinity of the Plague Heart while active and also lower the morale of your community. Getting rid of them should be a priority, though you should be properly equipped as these are the toughest missions in the whole game. The core of the infestation is quite resilient and should be attacked with fire and explosives for maximum effectiveness, but expect strong resistance from hordes of Plague Zombies until you succeed in the purge.

Undead Labs have also introduced hostile humans for this new entry in the franchise. That means you could be lured into a meeting by some survivor asking for help, only to find out it was a trap all along. Fighting humans is much harder as they constantly dodge and can also fire guns at you. Nevertheless, this only happened twice over my entire playthrough and didn't feel as impactful as it probably should have been.

Ultimately, State of Decay 2 is priced at $30 and available as part of the Xbox Game Pass subscription and it's hard not to recommend for a zombie fan. At the same time, it should be clear to newcomers that the game is far from flawless, while fans of the first State of Decay will have to keep in mind there aren't that many meaningful additions in this sequel aside from co-op.

It's a pity because there's certainly a far bigger potential to be exploited here, but at the same time, there's still a fun and captivating experience to be had in State of Decay 2 that will only improve with fixes from the developers.

Reviewed on both Windows 10 PC and Xbox One X (code provided by the publisher). You can purchase the game digitally via Microsoft Store and enjoy it on both platforms via Xbox Play Anywhere. 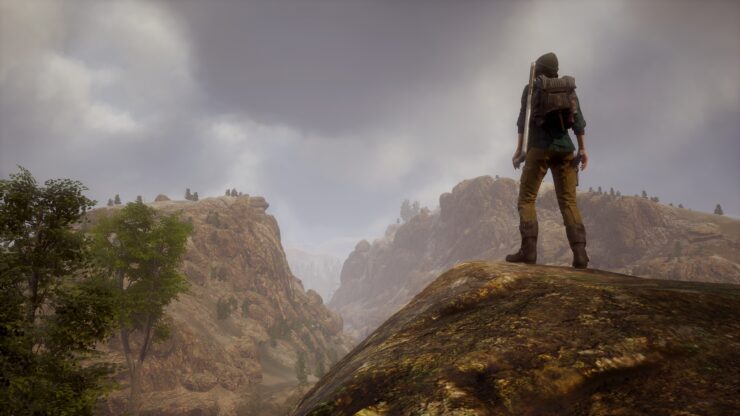 inXile and Obsidian Both Acquired by Microsoft Game Studios