Fans of the Metroid series have a lot in common with ReCore's humanity, searching for a new place they may call home. In both cases, the road is paved with hardships, and what lies at its end may not yield the expected results. No matter how hopeless things may seem like, there's always hope, and the game developed by Comcept and Armature Studio represents, without a doubt, the light at the end of the tunnel for Metroid fans, as it comes with many of the features that made the Nintendo series a classic. But ReCore isn't just a tribute to one of the best video game franchises ever, as it instills new life into an established gameplay formula with some modern mechanics which make the whole game feel fresh. Some flaws, unfortunately, prevent it from being a true masterpiece.

In ReCore's world, humanity is searching for new planets to inhabit following the outbreak of a dangerous disease on Earth, and Far Eden is the one that has been deemed potentially suitable enough. In its original state, however, the planet wasn't really inhabitable, and for this reason the Earth's authorities decide to put Doctor Thomas Adams' creations (the Corebots) to good use, charging them with terraforming duty.

Something, however, goes terribly wrong, as colonist Joule Adams (Thomas' daughter) finds out after being woken up from cryogenic sleep. Terraforming is incomplete, and there's no sign of real activity on the planet. With the help of her trusty Corebot friend Mack, Joule sets out to discover what has truly happened to the Corebots and why terraforming was not completed, leading to the discovery of what really happened behind the scenes of the Far Eden colonization project.

ReCore's story is told through a variety of cutscenes, which are shown at key points of the story (mostly after reaching an objective) and audio messages. Some of these messages are played while exploring Far Eden, giving players additional information regarding the current location, while others must be collected. What's quite interesting about the hidden audio messages is that they give players a different perspective on the events that have transpired on Far Eden, whether it's from Doctor Adams or Violet, a Corebot that's mysteriously fixed on revolution, or other characters. All this greatly expands on the lore, giving the story much more depth and making it quite enjoyable, despite not being a terribly original tale.

Having been developed by some of the creators of the Metroid Prime series, it's not surprising to see many of its elements in ReCore. The basic flow of the game also takes a page from The Legend of Zelda book, with players roaming a semi open-world featuring different mid-sized maps which include both mandatory and optional dungeons as well as plenty of secrets; these range from the already mentioned audio messages to crafting items and item caches which may include blueprints, one of the central ReCore gameplay mechanics. As in Metroidvania games, don't expect to be able to discover all secrets at the beginning of the game, as some special abilities are required to access several locations. Even dungeons are not available from the get-go, as they can only be accessed once enough Prism Cores have been found, which also represent a way to keep track of the total progress.

Controlling Jule and her Corebot companions while exploring ReCore world's feels incredibly familiar. Players control the character with a third person view and have the ability to perform some special actions such as a double jump and a very useful dash, actions reminiscent of later Mega Man games. Controlling Joule feels very comfortable during both exploration and combat and it won't take long to make double jumping, dashing and shooting almost second nature. A lot of overworld traversing also includes plenty of platforming, which thankfully never gets excessively frustrating.

Combat in ReCore is quite straightforward on the surface, but after a few minutes, it's pretty clear how there's more to it than what it may seem. Despite appearances, ReCore doesn't play like a third person shooter at all, with the lock-on function making it clear since the very first encounter with enemies. It's still possible to play the game without using it, thus making it feel more like a TPS, but it's definitely a bit unpractical. Attacking enemies is also pretty straightforward, with regular shooting coupled with charged shots that deal more damage, but are slower and slightly less accurate. Depending on the active Corebot, you may also unleash a special attack called Lethal Attack, which can be quite useful in the right situation. These Lethal Attacks have some cooldown time, so they cannot be abused. It's also not possible to continuously shoot at enemies with Joule's rifle due to accuracy progressively reducing, so players need to find the right balance between offense and defense to keep combos going until the end of a battle. Combat is spiced up by the inclusion of color coded enemies, who receive more damage if attacked with the corresponding bullet type. Different bullets can also inflict one of three different status ailments, adding more strategic depth to the combat.

Destroying enemies is all well and good, but doing so all the time will eventually reduce the power of the Corebots, as players wouldn't be able to extract enemy cores and use the gathered energy to perform Core Fusion. Once an enemy has been damaged enough, players have the chance to extract their cores through a rather simple mini-game that resembles fishing games. You have to be careful when attempting to extract cores in combat, as Joule can still be damaged during the extraction sequences. Once cores of different colors have been extracted, players will obtain varying amounts of core energy of the corresponding color, which can be used to increase three different stats for Corebots. As they only gain minimal stats increase after leveling up, performing Core Fusion is of the utmost importance. Corebots' performance can also be improved by equipping them with different parts, which can be crafted with blueprints in the Crawler, Joule's home base. Parts also have their unique look, so it's also possible to change the appearance of the Corebots at will. Customization becomes even more interesting after reaching a certain point in the story, as players can assign different frames to Cores, unlocking new Lethal Attacks in the process.

As already mentioned, ReCore features several dungeons divided into different types. Alongside the obligatory story dungeons there are several optional ones, which are focused on one of the core aspects of ReCore's experience, such as platforming and combat. All secondary dungeons are more straightforward than story ones, but do come with different Secondary Objectives, such as completing the dungeon in a set amount of time, triggering all switches and more, which reward players with blueprints, crafting resources and more upon completion. Main story dungeons are something else entirely and much better designed, with simple yet fun puzzles and challenges centered around specific mechanics. One of the early story dungeons requires players to master the usage of Seth's special ability, with some tight platforming sections that reminded me of Prince of Persia: The Sands of Time. With such tight design, no story dungeon feels the same, and this is great, since there are things that can get repetitive after a while.

Despite all the different subsystems and role playing game mechanics, ReCore's combat doesn't change much during the course of the game. Enemies do become more powerful, and more aggressive, with different enemy types unleashing different types of special attacks, but there's no huge variety of possible combat strategies: charged shots and Lethal Attacks are more than enough to deal with most enemies. The very low challenge level makes matters even worse, as there's no incentive in being smart during combat, rendering all the Corebots mechanics almost superfluous as well. Bosses are just as disappointing, as they can be dealt with by using the same strategies used in regular battles. With these nicely crafted dungeons, I expected to see boss battles requiring players to expose weak points by using some of the mechanics featured in the dungeon itself, not the same almost mindless shooting that's done during most of the game.

While one might overlook the repetitive combat, as the game is still engaging most of the times, doing the same for technical issues is more difficult. The most annoying issue is the long load times, which can go on for more than a minute while entering or leaving the Crawler or simply changing locations. Even worse, I have experienced some random freezes, which thankfully haven't impacted my progress too much thanks to the auto-save feature. Performance is acceptable most of the times, but there are some frame rate drops during hectic sequences, which is definitely annoying. All these issues might be fixed by later updates and a driver release by NVIDIA and AMD, but as of now, they do damage the experience. Graphics are also slightly underwhelming, which is a shame, considering the art direction blending a Japanese anime style and a Western one is overall quite interesting. The soundtrack is serviceable, but it lacks any stand out piece.

Despite some issues, I have thoroughly enjoyed my time with Recore, thanks to its engaging gameplay experience, not counting the repetitive combat, and well done story, featuring some very interesting lore. The game developed by Comcept and Armature Studio isn't perfect by any means, but it has so many interesting twists that it's difficult not to like it, if one can overlook some glaring issues that ultimately bring the experience down a bit. 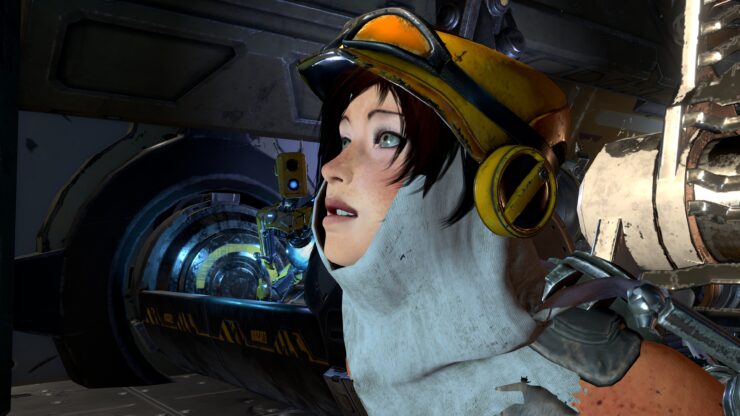 A Cellular Apple Watch is Available for Just $119