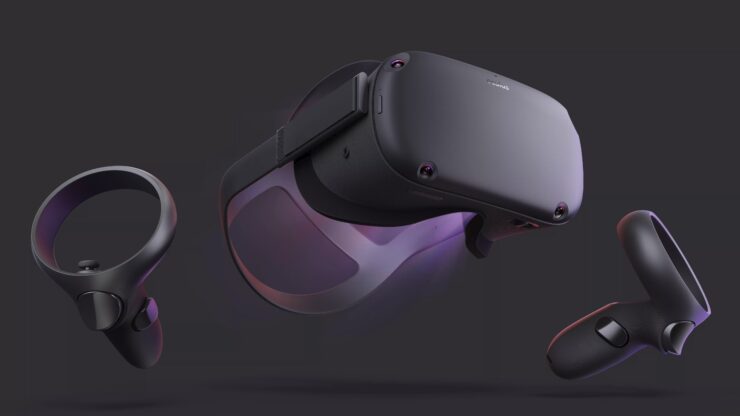 According to the first SuperData XR Dimensions report, VR hardware revenue is expected to reach $2.1 billion by the end of 2019, a 31% improvement year-over-year compared to 2018's $1.6 billion. The market boost is reportedly due to the widespread consumer adoption of the Oculus Quest standalone VR device, released in May and available for $399.

The portability of the Oculus Quest made it easily enjoyable from the get-go and subsequent software updates, such as the ability to play Oculus Rift games by linking the Quest with a PC or the freshly released hand tracking feature, have only improved the headset's reputation among VR enthusiasts.

Following the Black Friday and Cyber Monday sales craze, it's not surprising to find the Quest still in high demand. Amazon, for example, is all out of Quest units from its own stock, which means resellers have jacked up the price to be over twice as much as the standard $399.

But the Valve Index is doing very well, too. After the unveiling of Half-Life: Alyx, sales of the high-end VR headset challenged Valve's stock, causing delays in shipping. The Valve Index was briefly sold out in the United States and Canada; now, the store page on Steam tells prospective customers that the recent high demand will translate in new orders shipping as far as February.

Given that Alyx is slated for release in March, you may want to put your Valve Index order in if you're planning to play it on launch day. Meanwhile, in some European countries, the VR headset is presently out of stock and completely unavailable for purchase.

It seems like the VR market is far from dead and, as we had guessed, the announcement of a potential killer application like Half-Life: Alyx coming soon further ignited the interest in Virtual Reality.

As for AR, it is safe to consider it mainstream at this point. According to SuperData's report, over 2 billion users have used Augmented Reality in mobile apps during Q3 2019 alone. AR filters for Snapchat and Instagram remain as popular as ever, just like Pokémon Go which yielded $176 million in revenue this August, making that month the second biggest since the game launched in July 2016.