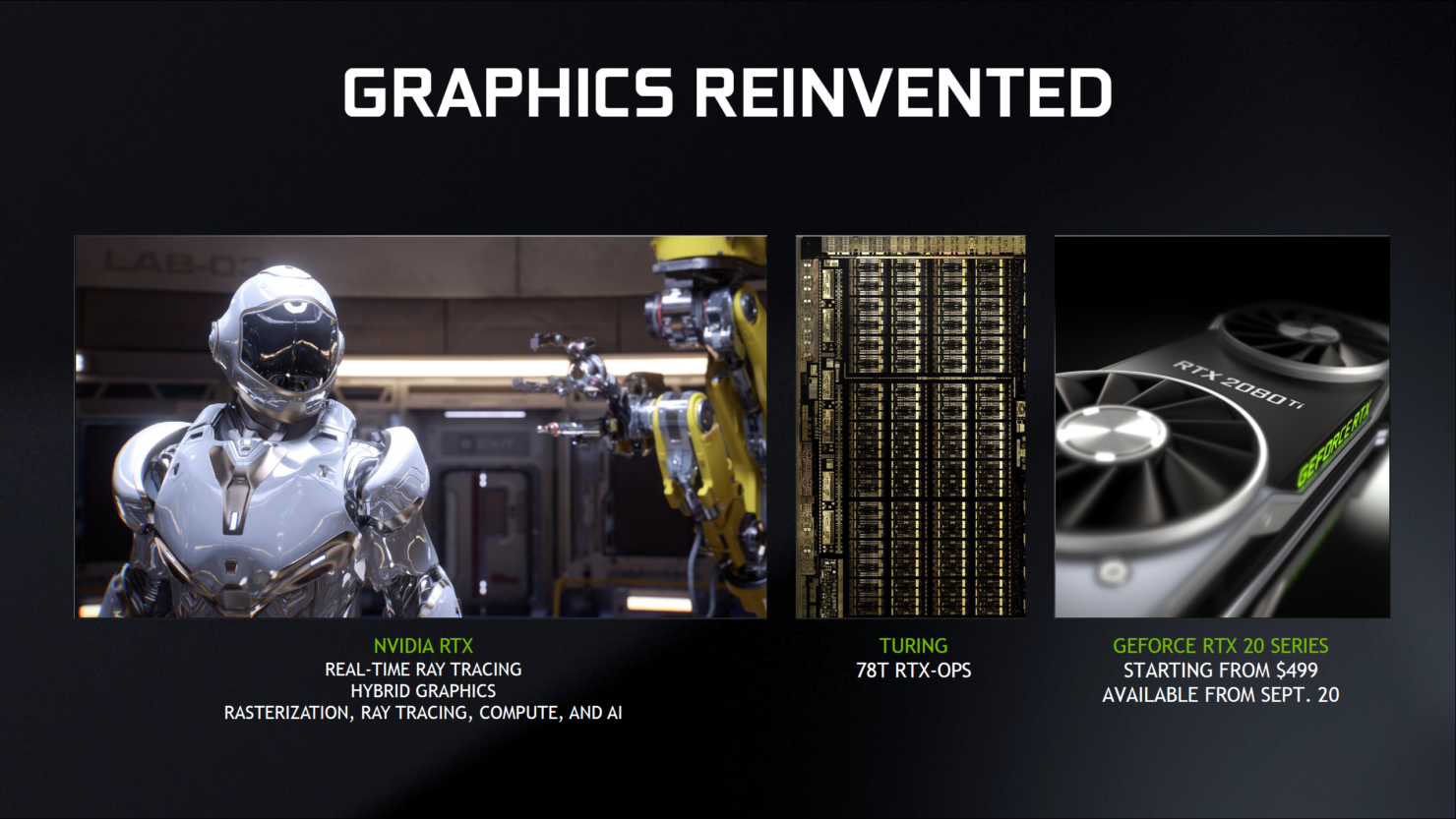 More details of the NVIDIA Turing TU102 GPU that powers the flagship GeForce RTX 2080 Ti and Quadro RTX 8000/6000 series graphics cards have leaked out over at Videocardz. In an exclusive article, the website discusses information that comes straight from the NVIDIA editor's day, an event which is heavily NDA'd and discusses the architectural and performance aspects of the new GeForce graphics cards coming to the market.

The first details that are talked about are the Turing TU102 GPU block diagram. We have already seen the bare chip and it's massive in terms of die size, the biggest ever **102 GPU that NVIDIA's ever produced. Measuring at 754mm2, the chip comes packed with 18.6 Billion transistors and a totally new architecture design featuring different cores that are operating in tandem to deliver the world's best graphics chips for gamers to date. 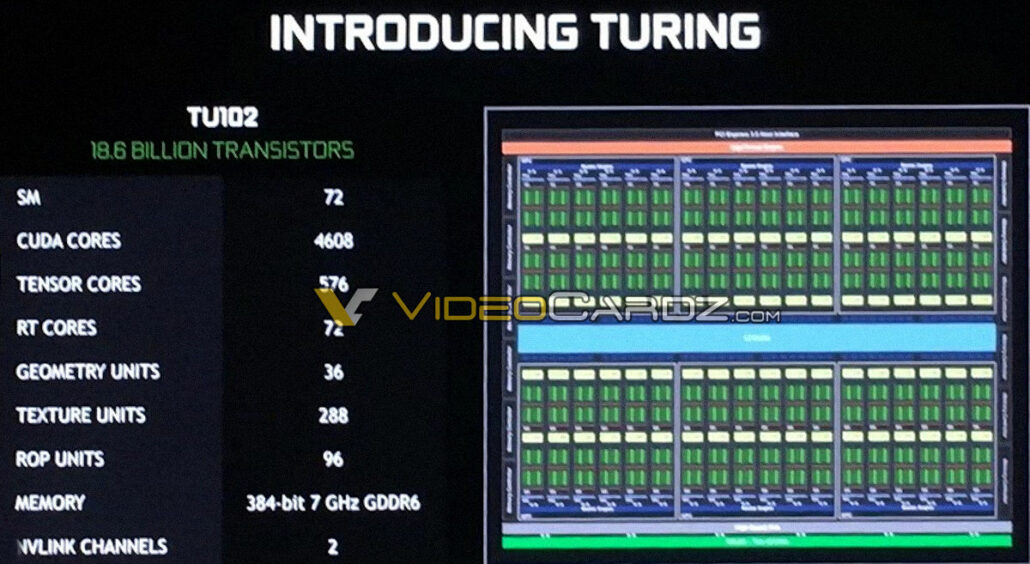 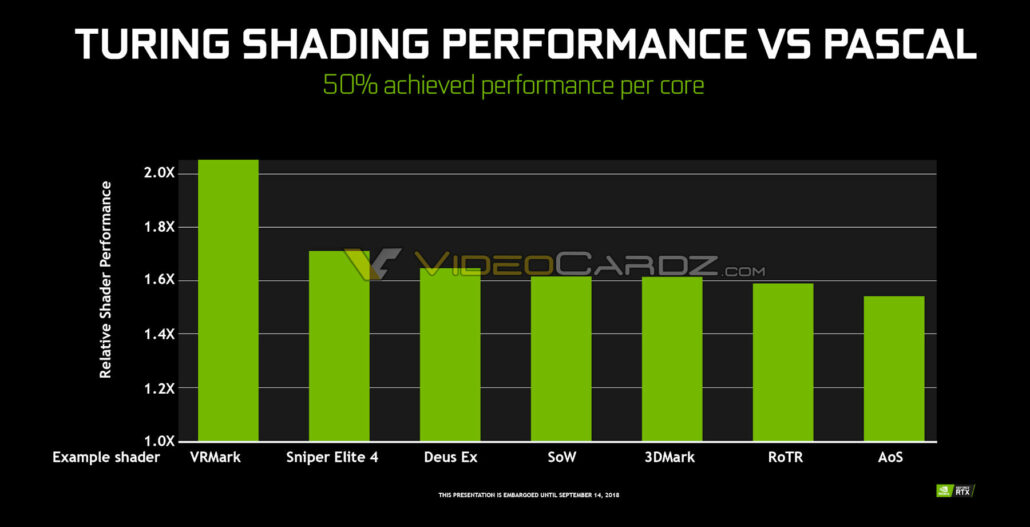 It should be pointed that these are just per core performance gains at the same clock speeds without adding the benefits of other technologies that Turing comes with. That would further increase the performance in a wide variety of gaming applications as we have already seen the gaming performance of a GeForce RTX 2080 to be 50% faster than the GTX 1080 on average and twice as fast with the new DLSS technology.

Lastly, there's a new overclocking feature being talked about which the new Turing GeForce RTX graphics cards will be able to make use of. To be known as the Scanner (Final Name is still a work-in-progress), the feature will let the OC Utility detect the best clock speeds and voltages for you without the need to do anything. Just run a test through the overclocking utility and you are all set. 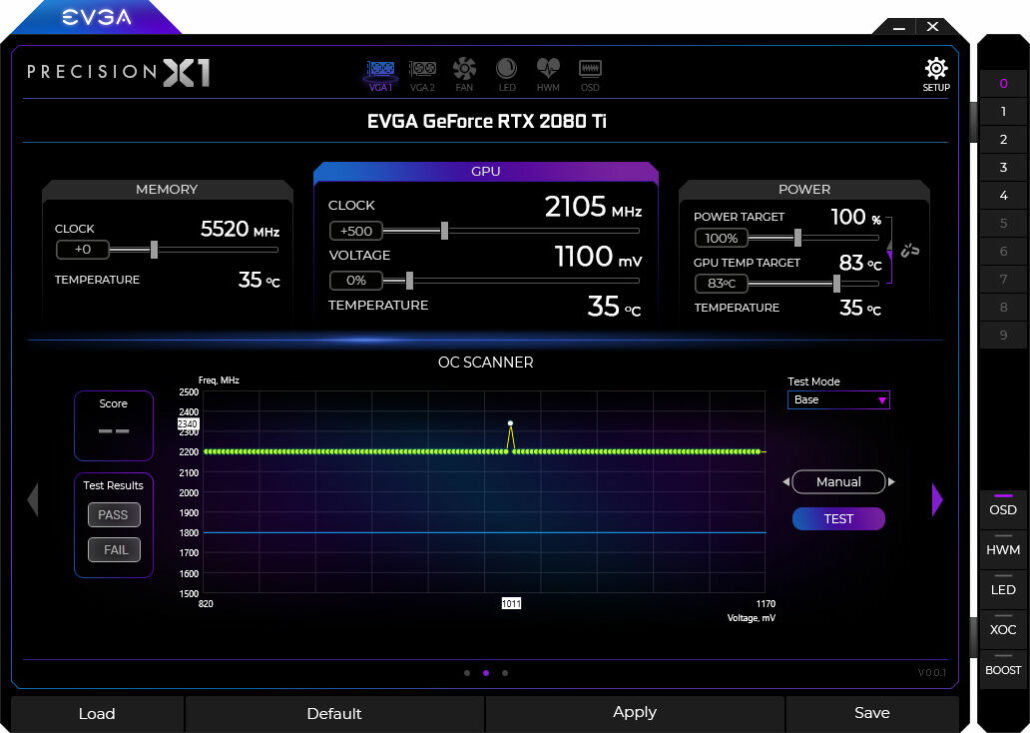 The feature is said to be implemented in many Overclocking utilities which will be updated by AIBs such as EVGA, MSI, ASUS, etc but would also be shipping inside new GeForce Experience software which sounds really interesting. This means we may be looking at an updated GeForce experience and software stack with the new cards launch.

One more thing to add, it is stated that the performance reviews of the GeForce RTX 2080 Ti and RTX 2080 have an embargo until 14th September so that is when we will be looking at the final reviewers. Also, NVIDIA hasn't shipped the press with working drivers so for the time being, we will only have these official performance figures with us. That gives a 6-day margin for users to get the GeForce RTX products based on their impressions of the reviews.