US mobile users were severely disappointed back in November when  Nokia announced Nokia Lumia 710 and Lumia 800 windows phone as they didn't come to US for a couple of months. CES 2012 kicked off today and the first day has finally ended full of excitement for tech freaks as HTC Titan II, Microsoft’s Kinect for Windows, Xperia Icon and most of all, the biggest gift from Nokia’s CEO were revealed. 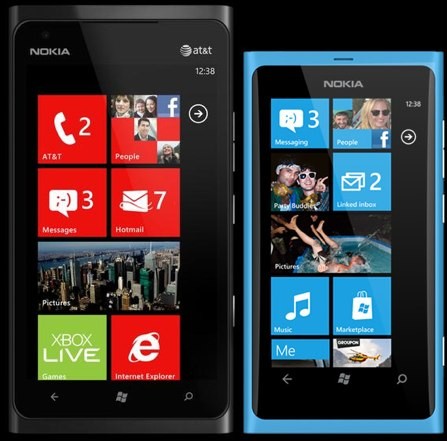 The long awaited Nokia Lumia 900 which was previously leaked as Nokia 900 Ace was officially announced by Nokia’s CEO today at CES 2012 taking place in Las Vegas USA. Lumia 900 will be an upgraded version of the current top notch Lumia 800 in the Windows Phone Lumia series and will be Nokia’s first 4G LTE smartphone. Let’s see in detail what this lad has to offer against its predecessor?

Nokia Lumia 900 has the same hardware specifications as Nokia Lumia 800 that means it too will comprise of a 1.4GHz processor with 512MB of RAM that will efficiently support Windows Phone 7.5 OS (Mango). However, Nokia has removed the protective flap from the micro-USB connector which was previously present in Lumia 800. Lumia 900 measures 127.8 x 68.5 x 11.5mm and weighs 160g.

How does it differ from Lumia 800 then? Well starting off Lumia 900 will be a gigantic device with a 4.3 inch screen equipped with AMOLED technology making the display sharp and crisp with however, the same 800x400 resolution for which you have to blame Microsoft but still the display will be stunning. Nokia has also added a 1.3 Megapixel front facing camera with a 28mm wide lens that will allow video calling (for use with Tango currently).

Lumia 900 looks promising and is likely to do well. However, there’s a bad news as Nokia says that it has no plans for selling Nokia Lumia 900 and will be available for U.S citizens only. A matter of time isn’t it and we’ll see Nokia Lumia 900 in Asia and Europe as well in a couple of months or is Nokia really serious this time? Stay tuned for further updates.