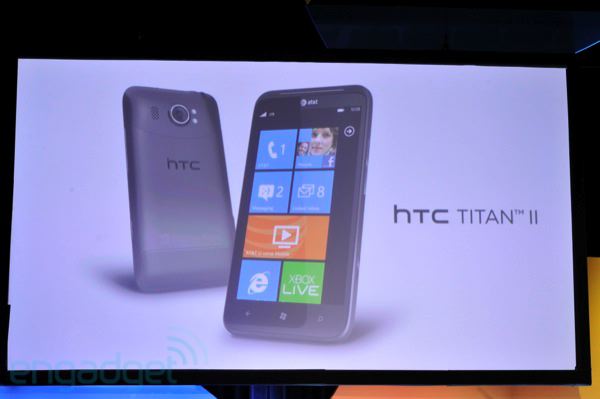 LTE has been a bit of a sore subject for Windows Phone users. Why? Because there wasn't any phone that supported it. However that is about to change, and it's changed with a bang. The first Windows Phone to support LTE is HTC's upcoming Titan 2. Looking pretty similar to the already available Titan, the Titan 2 carries the same 1.5GHz CPU, 512MB RAM, 4.7" S-LCD display and 1730mAh battery. However the big change from the Titan comes in form of a camera upgrade. Titan has a 16MP shooter on its back that is capable of 720p videos.

HTC is vague about the release date and have only confirmed 'in the upcoming months' at this point in time. Expect more LTE supported Windows Phones in the next few months as Microsoft has officially announced the support for this technology. Better late than never I guess.