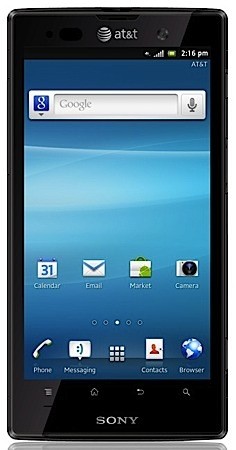 CES is in full swing and one of the smartphones that had caught the eyes of many is the newly announced Xperia Ion by Sony. Yes it's just Sony, not Sony Ericsson. The joint venture is officially over and this is the first smartphone to come with the Sony label. As far as specs go Sony is still playing catch-up with the big boys like Samsung and HTC, however it is still a thoroughly impressive piece of hardware.

Inside you'll find two speedy CPUs running at 1.5Ghz each, a 4.6-inch 1280 x 720 HD Reality display, 16GB flash storage and LTE support. However the star of the show is the 12MP camera with Exmor-R lens also capable of 1080p video on the back. The front camera tops out at 1.3MP but still manages to record videos at 720p. The smartphone will be available from AT&T in Q2 2012. It will come with Gingerbread which is simply inexcusable at this point in time however Sony has promised a timely update.