After months of speculations and rumors surrounding the 512MB Windows Phone devices, Microsoft has now confirmed that phones with 512MB of RAM will not receive Windows 10 Mobile update.

- Steps to Upgrade to Windows 10 Mobile 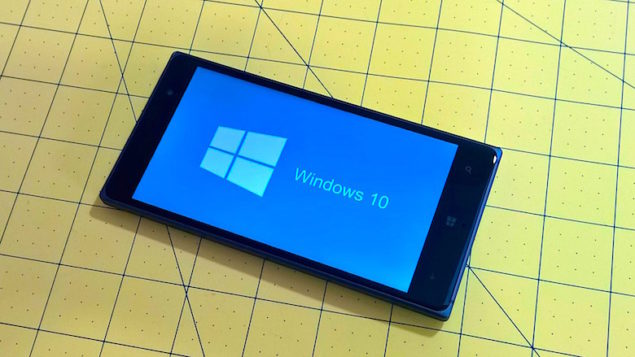 Before Windows 10 Mobile was released to the public today for Windows Phone 8.1 devices, there were several questions surrounding the latest OS version's compatibility with the older devices. Exactly what specifications should your devices have to feature to be eligible for the Windows 10 Mobile upgrade? In an answer to a query today, Microsoft has clearly responded that it has no plans of releasing Windows 10 Mobile to 512MB Windows Phone devices.

Remember, these devices have been running Windows 10 Mobile Insider previews and we have seen users actually being happy with the new OS (read: Windows 10 Mobile 10586.71 is a “Breeze” for 512MB Lumia Phones). However, we also saw several reports that claimed that Microsoft will be leaving the 512MB devices off the upgrade path. Although there is no information if this decision is based on feedback received from the Insider users of 512MB Windows Phone devices or something else, one thing is certain that this lot is out of the list of eligible Windows 10 Mobile devices.

We have already shared with you the complete list of supported Windows 10 Mobile devices that will be receiving the update during this first wave. If you notice in this list, Microsoft has clearly indicated that only 1GB versions of Lumia 635, Lumia 636 and Lumia 638 will receive today's update. Looking at this, it seemed likely that Microsoft didn't want to bring the new operating system on the devices having less than 1GB of RAM.

It's not necessary that if the Windows 10 Mobile insider previews worked fine for users, the final OS version could have run successfully for the users who aren't as adventurous as those on the Insider program. As folks at Winbeta have noted, "some people would likely argue that their 512MB devices ran Windows 10 Mobile just fine in the Windows Insider program, Microsoft did have to draw the line somewhere. It’s entirely possible that their internal testing indicated potential issues with less than 1GB of RAM, or that certain features were problematic."

Don't forget to let us know what you think about Microsoft's decision to leave the 512MB Windows Phone devices behind. Were you looking forward to getting the new operating system on your device?