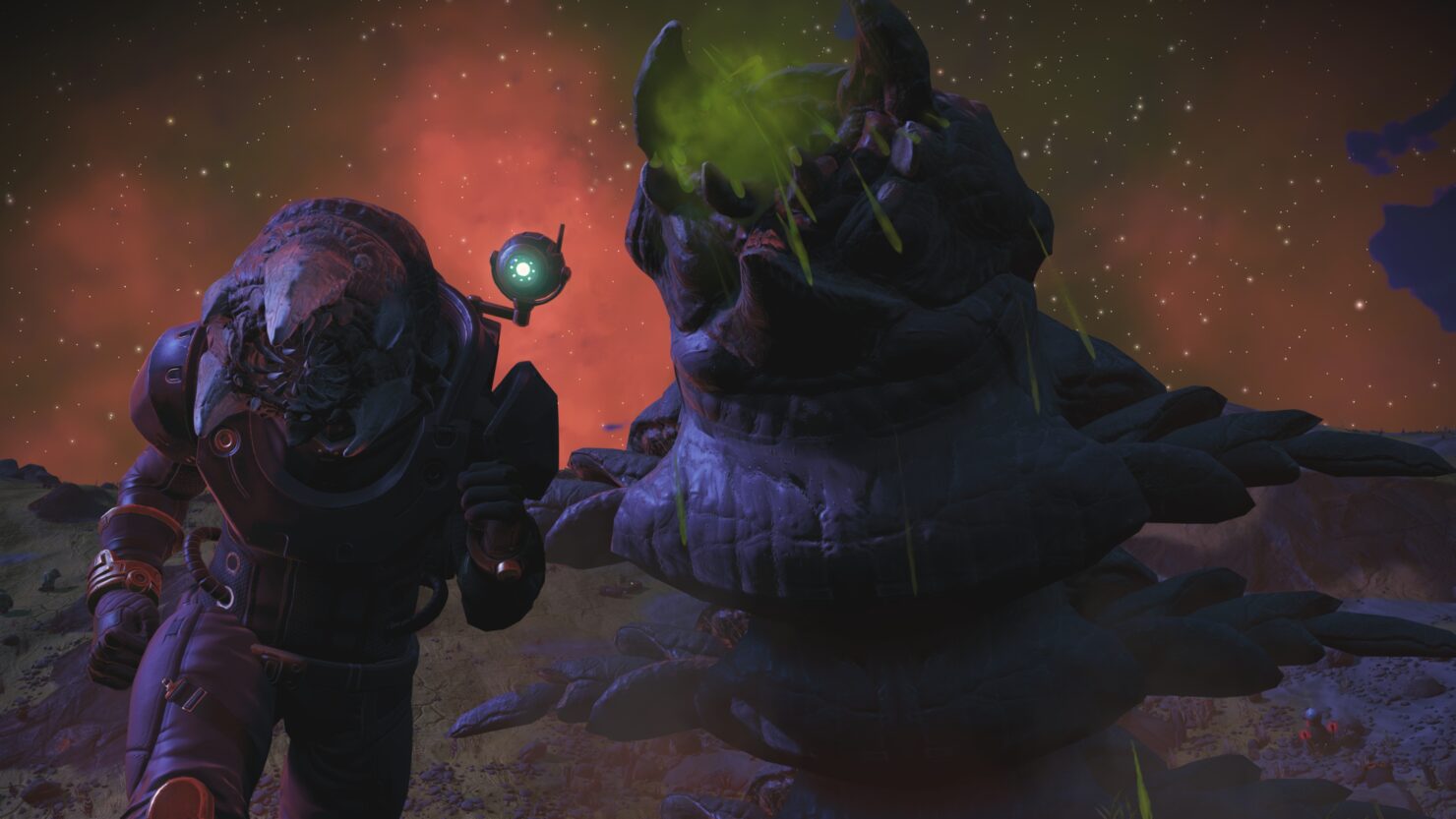 It seems like every time I turn around, Hello Games has developed and are announcing new content for No Man's Sky. It was only one and a half months back the Frontiers update was released. Hello Games have also indicated that it's possibly their most successful update in years, with No Man's Sky finally being tipped over to Mostly Positive on Steam from user reviews.

It's a live service game that went well. While it failed to deliver promised content at the start, like so many other games, this had a happy ending. It delivered that content and has eventually gone far and above any original promises. It is, entirely and undeniably, the best live service game ever made, purely for the simple fact that all these updates above and beyond what was originally promised have been free.

But enough gushing about the game, let's talk about what's coming next. Honestly, the email sent out Hello Games stated that they've accidentally created a Halloween themed update, and it's hard not to believe them, if only because they pump out new content like they're running a sweatshop. On that note, let's have a look at how Hello Games describe this new expedition:

Across the universe, planets have been blighted by the activity of Titan Worms. These colossal sandworms plough through the desert sands, blacking out the sun as they arc overhead, and defiling the very terrain with their cursed dust.

Travellers on this Expedition will find themselves stranded on planet Wasan, a barren world ravaged by dust storms and infested with Titan Worms. It is up to you to locate the Titan Worm impact sites, destroy the wretched Hungering Tendrils, and collect the Vile Spawn that lingers behind. The vessels of the many mouths must be purged!

As travellers cleanse planets of cursed dust and hunt the titanic sandworms, they will unravel the threads of a dark narrative. Complete the expedition route to reveal the history of a dark cult, and ultimately confront the Atlas with evidence of this indelible stain upon the universe.

Hello Games also claim that this is the first expedition for No Man's Sky to contain a narrative, which should be interesting in itself. Offering a more directed experience, especially with such big wormy-boys around, ready to eat you, could certainly help to ramp up the tension.

As for if it's horror or Halloween-like, I'm not sure anything you can ride is exactly soul-breakingly terrifying. Yes, you can ride them. As for some of the other features this expedition brings, have a read:

More Varied Sandworms
The titanic worms throughout the universe have been enhanced with a variety of new biologies and types. These colossal beasts can now be found with a broader selection of more horrifying  variants.

Richer Particle Effects
Particle effects have been improved. Meteors, muzzle flashes, explosions, burrowing fauna dust, billowing smoke and laser impacts have all been revamped and can be seen throughout the game.

Rideable Sandworms
Players can now tame and grow a tremendous sandworm companion to feed, pet, ride and explore the universe with. These are both terrifying and awesome creatures when fully grown, and incredible to fly.

Feasting Casque
After discovering the secrets of an ancient Vy’keen cult, explorers can also echo their appearance with this unique, many-toothed grotesque alien.

Titanic Trophy
This eerie skull, once belonging to a large legless cousin of the titan sandworm, adds a touch of macabre decor to bases.

Flesh Launcher
Add an organic element to pyrotechnic displays with the Flesh Launcher firework. These unusual fireworks explode in a splatter of slime, plasma and wormlets.