Usually around the holidays some of the better MMO's have themed events that run throughout the corresponding days around all hallows eve within their game world. These are nice ways to bring the real world into the game world, letting you celebrate Halloween in some hilarious and sometimes even serious ways. Developers bring themed items, quests and all sorts of black, orange and red into their MMO's.

So what's happening in out there and what type of events and spooky fun are being added this year in those second homes we enjoy exploring? 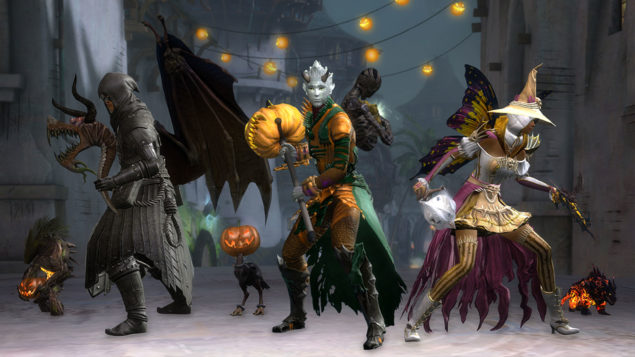 Halloween isn't just for here on Earth, but many other worlds too!

ArcheAge is celebrating Hallowtide from October 20th through November 3rd. There's a festival in Two Crowns, where you can honor the souls of the dead, and the Solis Headlands where you'll get a chance to participate in a snail race. And to keep things actually fun, there is positively no PvP during this time in those areas.

ARK: Survival Evolved is kicking off their ARK: Fear Evolved event later this month. For the last week of the month of October, things will become increasingly more chilly with shorter days and longer nights. The moon will become blood red and they're even adding in bats to set the mood right. You'll also find pumpkins that you can carve, and there might even be bloodthirsty zombie Dodoex's. 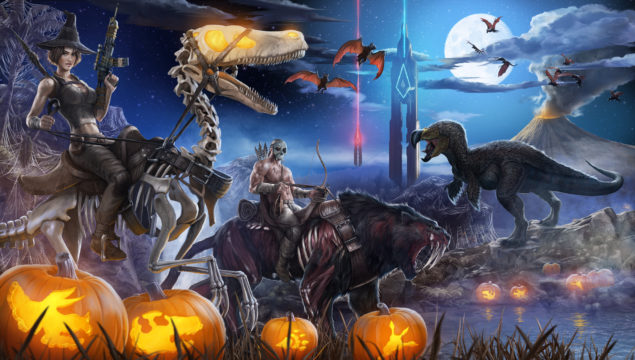 DC Universe Online is currently in the midst of their Witching Hour, running from October 1st through November 2nd. The Witching Hour is upon Gotham, and of course there are seasonal items that can be acquired by redeeming Spooky Bites for any number of Halloween themed goods from Skeets' Boo'tique. New this year is a Werewolf armor style set. 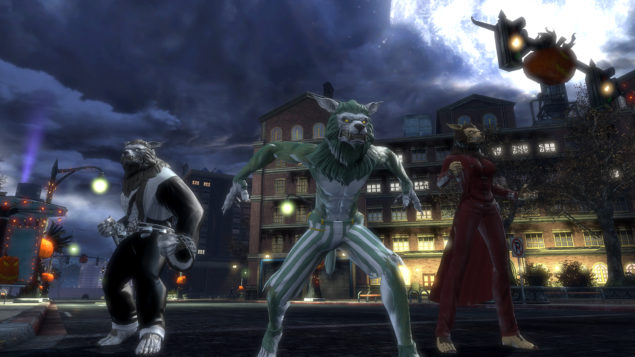 is celebrating with their Hulker Hell from October 12th through November 2nd. During this, a lot of pumpkins will suddenly be in paradise. There are also going to be some limited Halloween themed contracts, costumes and pumpkin shooting weapons.

EVE Online is celebrating with their yearly Crimson Harvest where a very scary nursery rhyme makes the rounds to spook children everywhere. There are deep PLEX discounts, Blood Raider Gauntlet sites with Blood Raider themed rewards, Blood Raider SKIN and apparel and even bonuses if you happen to reactivate your account during The Crimson Harvest. 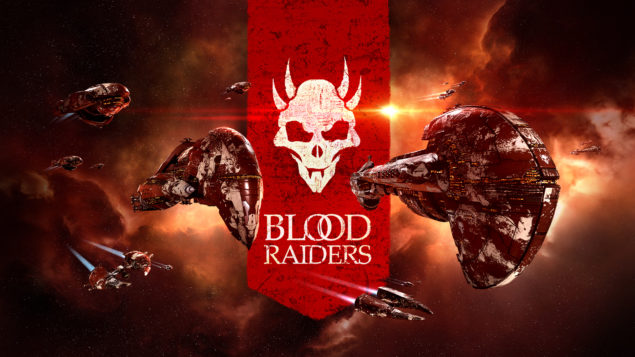 EverQuest 2 has Nights of the Dead. Running from October 8th through November 2nd, this annual festival is where everyone comes together to celebrate the dead and their spirits. There are new costumes that you can find at the Nights of the Dead merchants, a new 'Celebration of the Dead VIII" recipe book and even Halloween themed rewards for going to the Headless Horseman, Haunted Mansion and the Haunted Hedgemaze events.

Final Fantasy XIV is celebrating Halloween with All Saints' Wake from October 22nd through November 4th. Head on over to the Continental Circus to complete some interesting and spooky seasonal quests. You can also find Halloween themed armor, a broom mount and plenty of pumpkin themed items to keep you tricked, or treated. 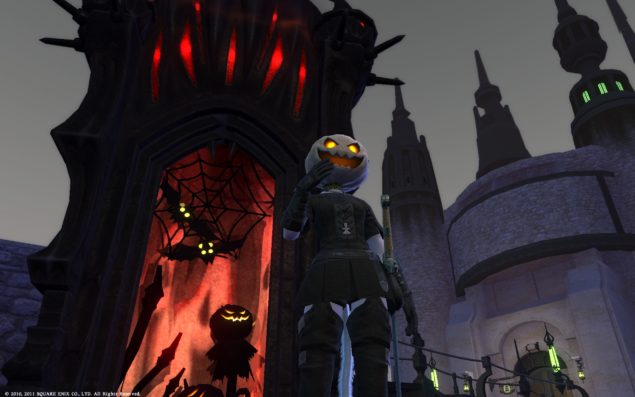 Guild Wars 2 will be celebrating with their Shadow of the Mad King event starting on October 23rd. This nearly two week event will be absolutely full of tricks and even some treating. You'll have the opportunity to return to the Mad King's lair and face off against King Oswald Thorn with his gigantic pumpkin head. Afterwards enjoy some trick or treating (mostly tricking). 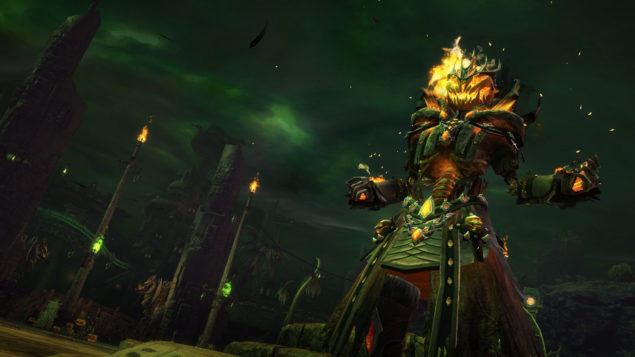 is even getting festive this Halloween with their Nanites of the Dead event running from now until November 10th. You too will be able to celebrate the tastiness of the space pumpkin. Just go across the maps, find a space pumpkin, destroy it and bring those seeds to a designated SPS- drop off zone for a sweet reward. Don't forget the thematic boosts you can grab too. 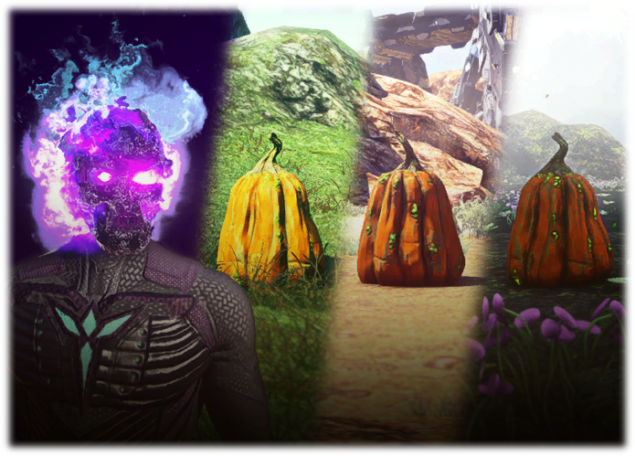 TERA has Kyra's Pop-Up Potion Shack return this year with quite a few Halloween daily events. Running from October 15th through November 5th you can participate in Halloween Headhunt Mondays and Thursdays, with six total hunts. There's also an event at the Eldritch Academy Halloween Event, which is accessed by talking to Ellonia in Pora Elinu. There's a massive "candy rush" where you'll be bombarded by waves of monsters that're trying to pillage a giant cauldron of candy. 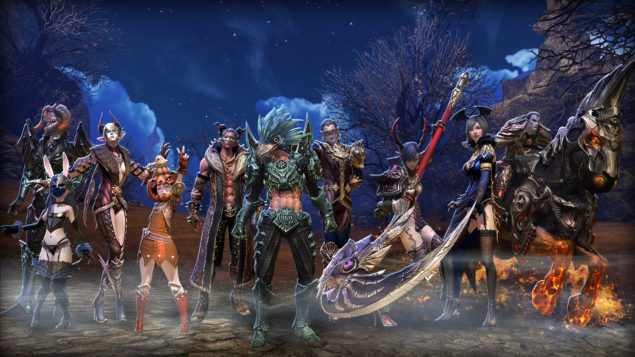 WildStar instead has Shade's Eve, their first Halloween themed festive event. This is based on a popular galactic holiday celebrating the salvation of a doomed human civilization following a plague. You yourself can travel throughout Nexus to defeat Jack Shade and prevent the reassurance of a the plague. There are daily quests, events and even some housing challenges that'll be in a seasonal instance known as Quiet Downs.

World of Tanks is letting you earn a most monstrous tank of gargantuan proportions, the Tankenstein. From October 15th through the 30th, you can participate in seven stages of missions to have that spooky tank all your own. They've also got a garage with a Halloween motif, and pumpkins, to set the mood right.

World of Warcraft has had their Hallow's End since the dawn of Warcraft time. And from October 18th through November 1st you can travel to Stormwind, Ironforge, Darnassus or any Inn really to participate in the festivities. A seasonal boss, the Headless Horseman, makes an appearance with a loot-filled pumpkin as his most delicious of loot. Of course you can bob for apples at any inn or grab your share of candy from a buwotblitz.eu/…pecials/tankenstein-missionscket in the capital cities throughout Azeroth. And don't forget to find a Magic Broom mount to travel around on. 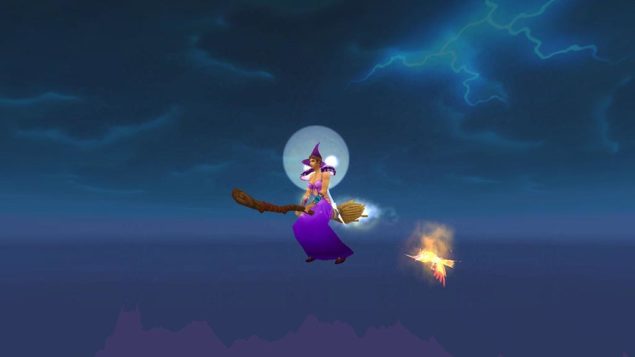 World of Warships also has a holiday themed event you can participate in. The Rise of the Phantom Fortress going on from October 20th through November 2nd you'll get the opportunity to go to battle against two ships that were once lost at sea, the Phantom Fortress and the Salem Witch. Not only are these ships horrifically powerful, but they're going to be piloted by the Wargaming staff themselves. Win and you'll get a very special prize. And as is tradition, Wargaming will host a live event on the USS Hornet, one of the most haunted naval vessels in recent history. 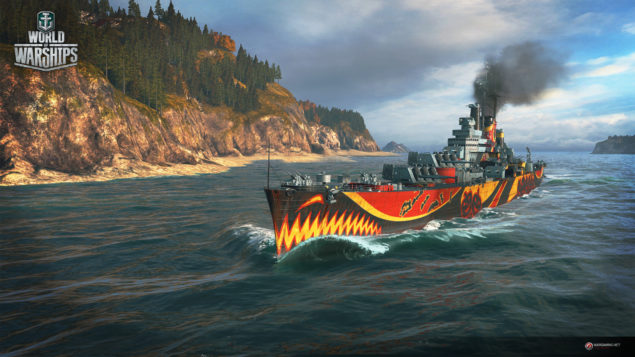 Happy Halloween and stay safe out there, on Earth and beyond!