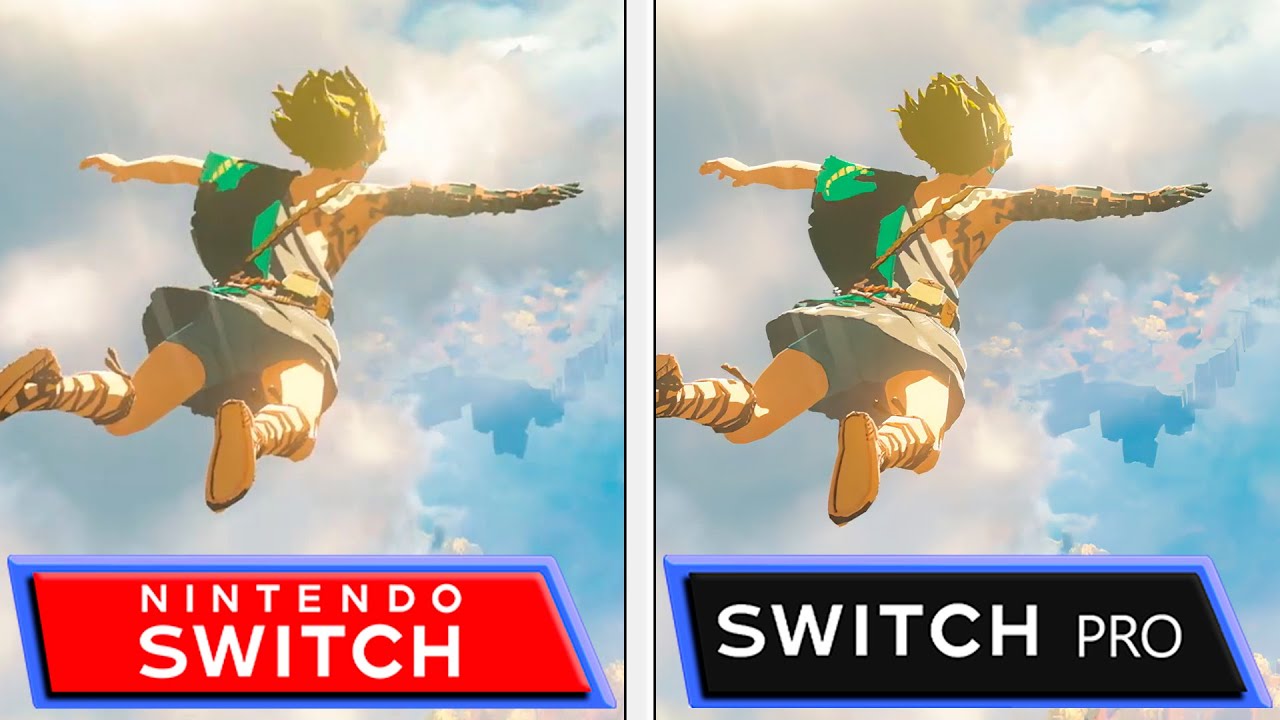 A freshly-released Nintendo Switch Pro vs Switch simulated comparison video has been released showing how current and upcoming titles could look and run on the rumored new Switch model.

Rumors about an upgraded Switch model have been circulating the web for quite some time and while Nintendo has yet to officially announce a new model, YouTube channel ‘ElAnalistaDeBits’ has released a video showing how currently available and yet to be released Switch titles could run and look on a more powerful model. The following titles are being compared in the video: The Legend of Zelda: Breath of the Wild, Monster Hunter Rise, Mario Kart 8 Deluxe, Animal Crossing: New Horizons, the upcoming Breath of the Wild 2, Super Smash Bros. Ultimate, the recently announced Metroid Dread, Luigi’s Mansion 3, Hyrule Warriors: Age of Calamity, Super Mario Odyssey, The Legend of Zelda: Link’s Awakening, Paper Mario: Origami King, Pokémon Legends: Arceus, Mario Tennis Aces, Splatoon 3, and New Pokémon Snap.

The simulated differences aren’t that clear in all games, but in general, most of the games do like a lot crisper and natural.

Please note that this is a simulated comparison without the use of emulation. According to the creator of the video, only software tools and the mClassic HDMI upscaler were used. Check out the comparison video down below:

Recent rumors suggest that the New Nintendo Switch will come with an upgraded OLED display and beefed-up CPU and memory. In addition, the ‘Switch Pro’ is said to be able to offer 4K visuals in docked mode through NVIDIA’s DLSS upscaling technology.

As said, Nintendo has yet to announce a new Switch model. Earlier this year, the company said that it had no plans to release a new model. We’ll update you as soon as we learn more about the rumored ‘New Nintendo Switch’. Stay tuned.

Nintendo Switch Pro Will Release in 2022, According to Chinese Switch Accessories Manufacturer