[UPDATED – Confirmed Fake] Nintendo NX Controller In Leaked Pics Isn’t The Real Deal, But Hinted Elements May Be Part Of The Final One

[Update] The original source of the leak has confirmed that the NX controller show in the latest images is a fake.

[Original Story] Yesterday, some images showcasing what has been described as the controller of the yet to be revealed new Nintendo console, codenamed NX, have surfaced online. The controller is quite unique when compared to traditional controllers, so there's a lot of curiosity surrounding it. According to another fresh rumor, however, the depicted controller may not be the real deal. 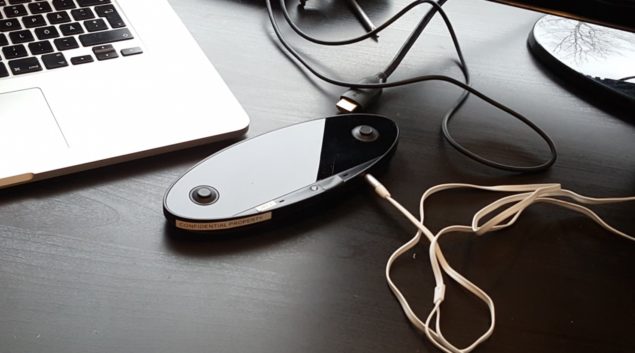 Nintendo World Report has revealed today that they have got in touch with their sources at Nintendo of America, who have apparently confirmed that the Nintendo NX controller shown in the leaked pic isn't the real deal. At the same time, however, it's been hinted that some of the features shown in the leaked controller may end up being included in the final version of the controller. As the information comes from an unnamed source, we must take all this with a grain of salt until the console is finally unveiled.

To cement my feline opinion, I sniffed around and talked to my squirrel friend stationed outside of Nintendo of America’s HQ, who relayed to me through sources close to Nintendo that this image is a fake. Maybe some of the elements hinted at in this image will be a part of the NX, but that controller ain’t the real deal.

A few weeks ago, another rumor has started circulating online regarding the Nintendo NX console. According to NeoGAF forum member AmaterasuOni, one big third party developer is porting a huge game to Nintendo NX. This forum member claimed to have participated in a closed beta for this title.

This big third party title isn't the only high profile game that's supposedly in development for the Nintendo NX. According to another rumor, which has proven to be quite reliable regarding other Nintendo announcements of the past few weeks, The Legend of Zelda Wii U will also be released on Nintendo NX as a launch window title, which means it may not be available exactly at launch.

If the Nintendo NX is indeed getting released later this year as rumors indicate, we will surely learn more about the console in the near future. We’ll keep you updated on it as soon as possible so stay tuned for all the latest news.