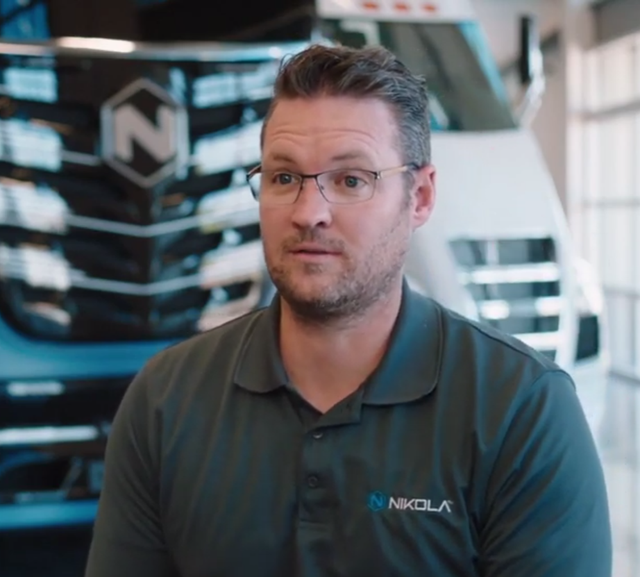 Nikola Corporation (NASDAQ:NKLA) is a stranded ship in the middle of a hurricane. In the aftermath of an explosive report by Hindenburg Research, the pre-revenue company’s stock price is enduring a brutal pummeling. Moreover, the U.S. Attorney’s Office for the Southern District of New York and the SEC are both purportedly perusing Nikola’s affairs in order to assess the possibility of securities fraud.

In this backdrop, the role of Nikola’s flamboyant and controversial founder and Executive Chairman, Trevor Milton, is quite suspect. After all, Hindenburg has extensively used Mr. Milton’s past – and often exaggerated or erroneous – claims to paint a picture of a company that has adopted deception as its modus operandi.

Consider the ground zero of controversy – the “Nikola One in Motion” video. As a refresher, Hindenburg had alleged last week that the video was a “ruse” as the truck, showcased in the clip, was simply cruising down an extended slope without onboard propulsion. In direct contrast, however, Nikola – and Trevor Milton in particular – have repeatedly claimed that the truck was fully functional. In its response to Nikola’s rebuttal, Hindenburg identified 6 separate instances yesterday when such claims were publicly made:

Hindenburg then quoted former Nikola employees who alleged that no further development of Nikola One took place after 2016 even as the company continued to claim that the electric truck would soon be ready.

As is evident from the instances above, an overwhelming majority of such hyped claims were made by our erstwhile protagonist, Mr. Milton. Clearly, Nikola’s Executive Chairman has a penchant for resorting to hyperbole in order to generate hype. Obviously, as the largest shareholder in Nikola, Milton has a strong personal motive for doing so. But this errant proclivity is now coming back to haunt him. We published a post on the 13th of September, highlighting the similarities between Milton and Elizabeth Holmes, the disgraced CEO of Theranos. Considering the events of the past few days, the comparison appears more apt than ever.

Of course, it is not just Milton’s tendency to lean on the side of deception and exaggeration that is hurting Nikola now. The manner in which he uses Twitter is often enough to ignite the proverbial tinder. For instance, Nikola detractors often complain that they are blocked from his Twitter page for simply espousing a critical viewpoint. In fact, Milton has pinned the following tweet at the top of his page:

I block anyone rooting for someone's failure. Just a heads up. If you're unable to say anything positive or you show excitement for the struggles of others in life or harass our followers, instant block. #SpreadLoveNotHate

This creates an echo chamber where only Nikola fans are allowed to express their views, stifling a healthy discussion on the company’s merits. Furthermore, Milton has used expletives, especially in stressful times, to deter his critics on social media. Consider the following tweet:

These were planned to release later but alleged trucks didn't exist in Ulm Germany. Do these look fake? Thanks to the Ulm fab / assembly teams for showing the trolls what's up. You guys have my admiration. F@&k the haters. Well come back stronger from the lies spread about us. pic.twitter.com/uqkAxyAG8o

Additionally, Milton uses expletives much more freely on his Instagram videos. Taken together, Trevor Milton’s colorful personality has now transformed into a toxic asset for Nikola. Consequently, our recommendation today is that the company take immediate remedial measures to rectify its serious and habitual breach of acceptable moral standards. Foremost among these measures should be the removal of Trevor Milton as the public face and Executive Chairman of Nikola.