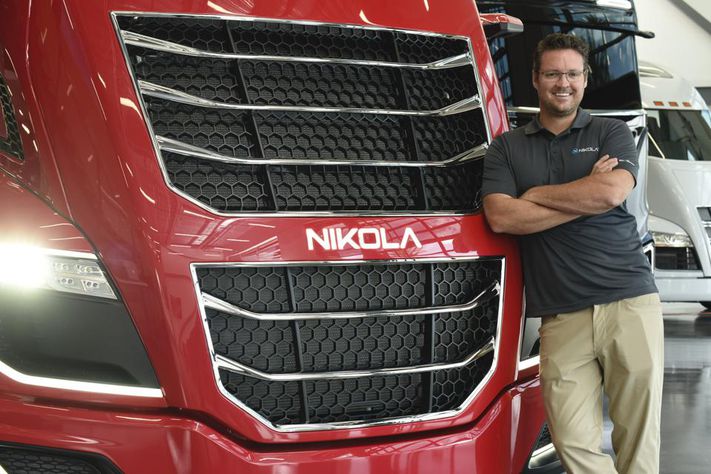 Nikola Corporation (NASDAQ:NKLA) shares were expected to continue feeling the reverberations of last week’s showdown with Hindenberg Research. That prognostication appears to be panning out today as the company has published a detailed rebuttal to the allegations contained in the damning report and Wall Street has followed suit with an endorsement of Nikola’s bull case.

We had noted in our previous post that Nikola should have addressed the allegations leveled by Hindenburg Research last week. Nonetheless, after enduring a pummeling over the past couple of days, the company seems to have finally cobbled together a rational response. Bear in mind that Hindenburg’s attack featured two main volleys. The first asserted that Nikola, contrary to its public claims, does not possess any revolutionary or proprietary technology concerning batteries and hydrogen fuel cells, as illustrated by the fact that it is utilizing GM’s under-development Ultium battery system and Hydrotec fuel cell technology for the Badger pickup truck. The second allegation alluded to Nikola’s supposed proclivity of employing deliberate deception as modus operandi. Today, Nikola has tried to address both of these issues.

In the beginning part of its response, Nikola announced that the Nikola Tre semi-truck, to be manufactured in collaboration with IVECO, will be “ready for production and available to customers by the fourth quarter of 2021”. The company then went on to state:

“During 2021, Nikola will begin testing a pre-production Nikola Two, a hydrogen-electric powered semi-truck for the medium and long-haul trucking sectors, with more than 1,000 horsepower and 2,000 ft. lbs. of torque. Anheuser Busch LLC previously announced its placement of an order for up to 800 trucks, with a prototype to be delivered by the end of 2021, testing planned for 2022, and a production version expected in the second half of 2023.”

Bear in mind that Hindenburg had stated in its report, released last Thursday, that:

“We reveal how, in the face of growing skepticism over the functionality of its truck, Nikola staged a video called “Nikola One in Motion” which showed the semi-truck cruising on a road at a high rate of speed. Our investigation of the site and text messages from a former employee reveal that the video was an elaborate ruse—Nikola had the truck towed to the top of a hill on a remote stretch of road and simply filmed it rolling down the hill.”

The company addressed this explosive allegation in the following manner:

In other parts of the rebuttal, Nikola has quoted the response from Bosch where the German powerhouse has asserted that the report took the quotes of a Bosch employee out of context:

“The employee spoke only about Bosch’s own plans for the IAA industry show and H2Haul project for the European Union.”

Addressing the claim that Nikola placed sticker tapes over third-party inverters in order to give the impression that they were manufactured in-house, the rebuttal takes the line that:

“At no time did Nikola state that the inverter on the prototype truck shown in the video was the Company’s or would be used in production. Nikola has been designing, engineering and working on its own inverters for quite some time. The Company does use third-party parts in prototype vehicles, some of which may be subsequently swapped out for its own parts in production.”

Hindenburg had claimed in its report:

“In October 2019, Nikola announced it would revolutionize the battery industry. This was to be done through a pending acquisition, but the deal fell through when Nikola realized (a) the technology was vaporware and (b) the President of the battery company had been indicted months earlier over allegations that he conned NASA by using his expense account to procure numerous prostitutes.”

Nikola has clarified in its rebuttal today that its claims regarding proprietary battery technology were made in relation to the company’s ongoing R&D partnership with a leading academic institution and not ZapGo, the entity referenced by Hindenburg.

“The Company has also partnered with one of the most well-known hydrogen experts in the world, Nel ASA. Further, Nikola has already installed a 1,000 kg hydrogen storage and dispensing demo station at its headquarters and ordered over $30 million of electrolyzers to support the initial hydrogen station rollout.”

As stated earlier, while this rebuttal is still quite vague in places and skirts several issues, it is nonetheless, a step in the right direction.

Today, Wall Street behemoths – JP Morgan (NYSE:JPM) and Wedbush Securities – have also jumped into the arena in support of Nikola. JPMorgan analyst, Paul Coster, noted in a research note that the company’s ongoing collaboration with several companies – including the likes of General Motors (NYSE:GM), CNH (CMHI), and Bosch – "is a major positive, not a negative".

Similarly, Wedbush analyst, Daniel Ives, stated in a fresh investment note today that Nikola’s partnership with GM is a paradigm changer and that he continues to view the stock as a “prove me” story. Accordingly, the analyst reiterated a ‘Neutral’ rating and a stock price target of $45.

Perhaps in light of these developments, Nikola appears to be paring its losses. While the stock was down around 10 percent in early trading, it is nearly flat currently.