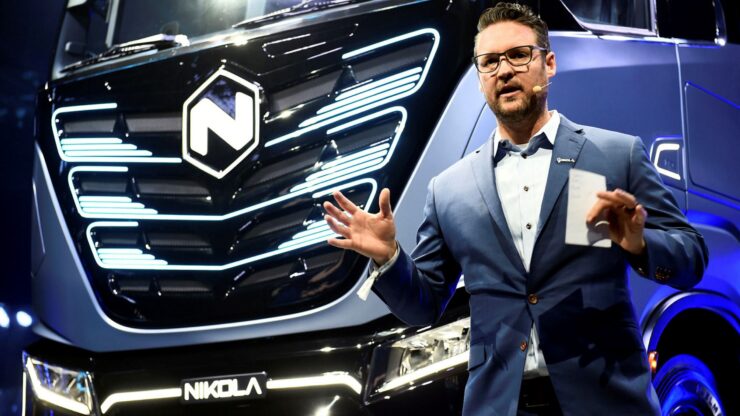 Nikola Corporation (NASDAQ:NKLA), the pre-revenue company that is attempting to market electric trucks powered by batteries as well as hydrogen fuel cells, is becoming the equivalent of a financial rollercoaster as its shares trade in an increasingly erratic pattern on the back of fast-moving developments.

It was only yesterday that Nikola finally cobbled together a rebuttal to Hindenburg’s bombshell report last week. While this development restored some stability in the intraday trading, the stock tanked in the after-hours following a Bloomberg report that the U.S. SEC has now initiated a review of Nikola’s practices in light of Hindenburg’s allegations.

This brings us to the crux of the matter. Hindenburg is out with another post today, terming Nikola’s response yesterday a tacit admission of securities fraud. The research house also tweeted today that Nikola’s rebuttal on Monday has “holes big enough to drive a truck through”.

Update: Nikola’s Response Has Holes Big Enough to Roll a Truck Through

We View The Company's 'Rebuttal' As a Tacit Admission of Securities Fraudhttps://t.co/izWNIpe73U $NKLA https://t.co/r6X52i9IcT

“We included 53 questions at the end of our report that we believe shareholders deserve answers to. The company promised a full point-by-point rebuttal, but then only responded to 10 of our questions.”

It then goes on to state:

“Of those 10 responses, the company debunked nothing. Instead, it either confirmed or sidestepped virtually everything we wrote about, and in some cases raised new unanswered questions.”

Hindenburg again brought up the “Nikola One in Motion” video controversy. As a refresher, Hindenburg had alleged last week that the video was a “ruse” as the truck was simply cruising down an extended slope without onboard propulsion. To this, Nikola had responded yesterday by asserting that the company “never stated its truck was driving under its own propulsion in the video, although the truck was designed to do just that”. However, Hindenburg pointed out today:

“Beyond common sense, the company referred to the Nikola One as “the 1,000 HP, zero-emission Nikola One semi-truck” in the description of its video. Obviously, the truck can’t have 1,000 horsepower or even 1 horsepower if it doesn’t power itself.”

Hindenburg then identified 6 instances when Nikola had claimed that the Nikola One truck was functional:

Hindenburg then quotes former Nikola employees who alleged that no further development of Nikola One took place after 2016 even as the company continued to claim that the electric truck would soon be ready.

Nikola had claimed yesterday that Hindenburg’s allusion to the problematic battery company, ZapGo, was unfounded as the claims regarding proprietary battery technology were made in relation to Nikola’s ongoing R&D partnership with a leading academic institution and not ZapGo. To this, Hindenburg responded today by stating:

“Our report noted that the letter of intent with ZapGo was signed within 2 days of a tweet teasing the press release on the battery technology.”

As another illustration of contradiction, Hindenburg points to the production schedule revealed by Nikola yesterday in which the company claimed that a Nikola Tre prototype will be delivered by the end of 2021. Notably, however, Nikola had claimed earlier in 2020 that five Nikola Tre trucks were coming off the assembly line even though, as corroborated by Bloomberg, the assembly line is yet to be finished.

Finally, Hindenburg pointed out the lack of refutation by Nikola on the issue of deposits. As a refresher, the research house had called into question Nikola’s claims of a $3.5 billion order from a company – U.S. Xpress – that only has $1.3 million in cash currently.

Following this development, it is hardly surprising that Nikola shares are currently down around 7 percent in pre-market trading. As this saga continues to play out in the open, expect this regime of heightened volatility to continue.