Ni no Kuni II To Run at Dynamic 4K/60FPS with HDR on PS4 Pro; Game Will Take 40 Hours Plus Side Content 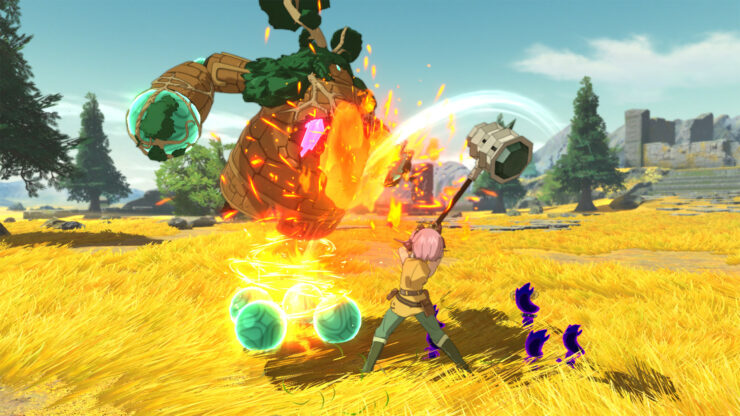 In October, renown JRPG developer Level-5 will celebrate twenty years since its foundation. This is an important year for the company particularly for the release of Ni no Kuni II: Revenant Kingdom, the greatly anticipated JRPG sequel (though with completely different setting and gameplay compared to the original) due to hit PlayStation 4 and PC (you may already find the full system requirements on Steam) on March 23rd globally.

Delayed twice prior to its now planned Spring 2018 launch, Ni no Kuni II: Revenant Kingdom managed to get a spot on our most anticipated 2018 RPG list. We managed to send a few questions to Akihiro Hino, President and CEO of Level-5 as well as the writer of the game, to learn more about it ahead of the release. Enjoy!

I've read of several fans of the first game who were very much disappointed that familiars were removed in Ni No Kuni II, and some of them aren't even sure if they will buy Ni no Kuni II: Revenant Kingdom. Did you expect such a vibrant reaction to this specific change?

Yes, I expected this reaction.
However, besides seeing Higgledies support in battles, they also support at places where characters cannot pass through without Higgledies' help. By having them in the game, players could experience a wider range of “fun” in battles and stories. Furthermore, players could double the “fun” by collecting and nurturing Higgledies in Kingdom Mode, so please look forward to meeting them in the game.

Can you tell us how the kingdom building/managing system is going to work?

In kingdom mode, players can recruit characters as a member of your team and help expand Evan’s kingdom. By scouting many members and building up the kingdom, players can achieve strong accessories and magic. As players enhance their kingdom, the journey becomes more convenient and beneficial.

How much will the game take to be completed in terms of playtime? Are there many sidequests available?

We are currently adjusting the game, but it will be around 40 hours of gameplay in total. There will be features such as side quests or kingdom mode; however, if you include playing all features, it will take over 40 hours.

You have said that the game world in Ni No Kuni II: Revenant Kingdom is not the same as the previous game, although there are similar elements. Will there be references to specific people/events from the first game hidden in this one, such as to Oliver or Drippy?

We can’t clarify whether characters or maps from the first game, “Ni no Kuni,” will appear in the game. However, “Ni no Kuni II” includes elements that will surely have fun for those who have played the previous game.

Do all Other Worlds have certain things in common? For example, does every Other World have a Ding Dong Dell and fairies?

Only Ichi no Kuni and Ni no Kuni exists in this world.

Some fans have asked whether a Ni No Kuni remaster for PlayStation 4 is a possibility. is that something you might consider?

Currently, it is undecided but I’m happy to hear these requests from fan players.

This is your first game ever to be released on PC. What prompted you to make this choice? Is that because you noticed many Japanese developers having success on Steam?

Yes, the first reason is that other Japanese developers are succeeding with Steam games. But also another reason is that we are considering to broaden the range of players so that more overseas players could enjoy “Ni no Kuni II.”

With regards to PlayStation 4 Pro, what kind of graphics and performance enhancements can players expect compared to the base PS4? Can you tell us your target resolution and frame rate?

Players could play the game in dynamic 4K mode on PS4 Pro. Also, resolution and
framerate will be dynamic 4K and 60fps.

HDR will be available on PS4.