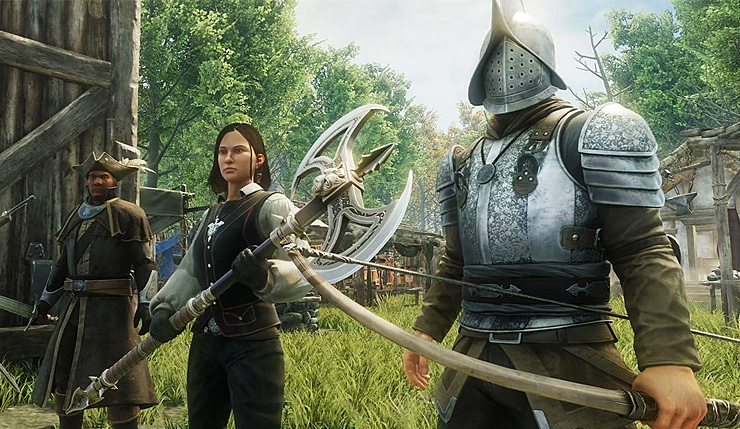 Amazon’s promising MMORPG New World has suffered a major delay, as the game’s developers say they want to add more content to the game before giving it a full release. This isn’t the first time New World has been delayed, as its release was previously pushed from May to August. Amazon Game Studios director Rich Lawrence had the following to say about the latest delay…

I’m proud of the hard work the team has done, making the game ready for launch with the features we intended for release. We also have a list of features that we planned to start working on once we were in live development, as that is part of operating an MMO. When we examined the feedback we received over the last several months from our Alpha audience, we saw that players like the game, and they would like to see even more of it.

In particular, we want to ensure that the most dedicated players have plenty of middle and endgame experiences as they venture through Aeternum. We want our players to feel completely immersed in the game, and know that our studio stands for quality and lasting gameplay you can trust — and that means added time to get things where we want them before we fully release.

As a result, we will be changing our launch date - and correspondingly, our final beta test - to spring 2021. We don't make the decision lightly, and we have urgency about getting the game to you as quickly as possible at the best quality -- with some additions that will make the experience even better.

In a rather interesting move, Amazon will be letting those who pre-ordered New World, or signed up for the beta, play the game “as is” for a limited time on its original August 25 release date. So, basically, it’s been decided there wasn’t enough to do in New World, but they’re going to let people play what they originally planned to launch.

This latest New World delay comes shortly after the disastrous launch of Amazon’s hero shooter Crucible, which was met with scathing reviews and indifference from players. Amazon made the rare decision to unrelease Crucible, returning it to beta status following its release. Clearly they didn’t want to have to do anything similar with New World.

Pending any further delays, New World arrives on PC in spring of 2021. A beta should be available a few weeks before the launch.