Amazon Releases Lumberyard, A Free Game Engine Based On CryENGINE 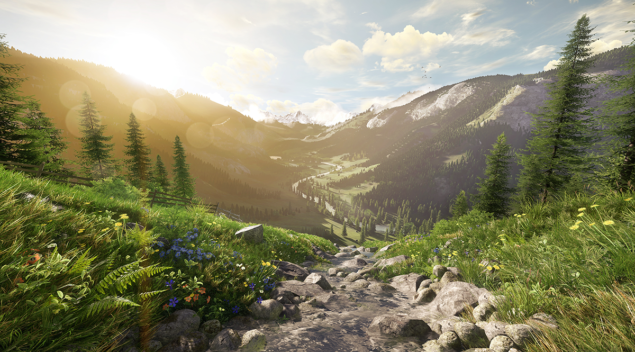 Amazon announced today the sudden release of Lumberyard, a free and cross-platform game engine which offers developers tight integration with the cloud based Amazon Web Services platform and with Twitch (now owned by Amazon).

The engine is based on Crytek's CRYENGINE, which Amazon had previously fully licensed. However, Lumberyard is now a different branch with several replacements, and the two engines will continue to diverge in future updates. Amazon's Seattle and Irvine game studios are working directly on improving the engine.

Many of the world's most popular games are powered by AWS's technology infrastructure platform. When we’ve talked to game developers, they've asked for a game engine with the power and capability of leading commercial engines, but that's significantly less expensive, and deeply integrated with AWS for the back-end and Twitch for the gamer community. We're excited to deliver that for our game developers today with the launch of Amazon Lumberyard and Amazon GameLift.

Amazon GameLift is another new service for deploying, operating, and scaling session-based multiplayer games. With Amazon GameLift, Amazon Lumberyard developers can quickly scale high-performance game servers up and down to meet player demand, without any additional engineering effort or upfront costs.

Amazon has been a great partner and we are deeply excited about both Amazon Lumberyard and Amazon GameLift. The integration of a fantastic game engine with amazing cloud services presents a wonderful opportunity for both independent developers and established publishers.

Developing and maintaining a back-end infrastructure for multiplayer games requires a lot of time, resources, and expertise that are beyond the reach of many developers. Amazon GameLift removes much of that burden from the developer, allowing them to focus their energy on bringing their great game ideas to life.

Here's the current feature set of Amazon Lumberyard as described in the press release.

· Reach and engage fans on Twitch— Amazon Lumberyard is integrated with Twitch so that developers can build gameplay features that engage the more than 1.7 million monthly broadcasters, and more than 100 million monthly viewers on Twitch. With Amazon Lumberyard's Twitch ChatPlay, developers can use a drag-and-drop visual scripting interface to create gameplay features that let Twitch viewers use chat to directly impact the game they are watching in real-time. For example, with Twitch ChatPlay within Amazon Lumberyard, a developer could build a game that lets viewers on Twitch control a character or vote on game outcomes using chat commands like "up," "down," "live," or "die." And, the Twitch JoinIn feature within Amazon Lumberyard helps developers build games that allow Twitch broadcasters to instantly invite their live audiences to join them side-by-side in the game, with a single click, while others continue to watch.

Amazon Lumberyard currently supports PC, PlayStation 4 and Xbox One platforms, with additional support for Mac/Linux and iOS/Android coming soon. VR support for the Oculus Rift SDK 1.0 is also being completed and will be added in a future release due soon.

Check out some promotional screenshots of Lumberyard in the gallery below.