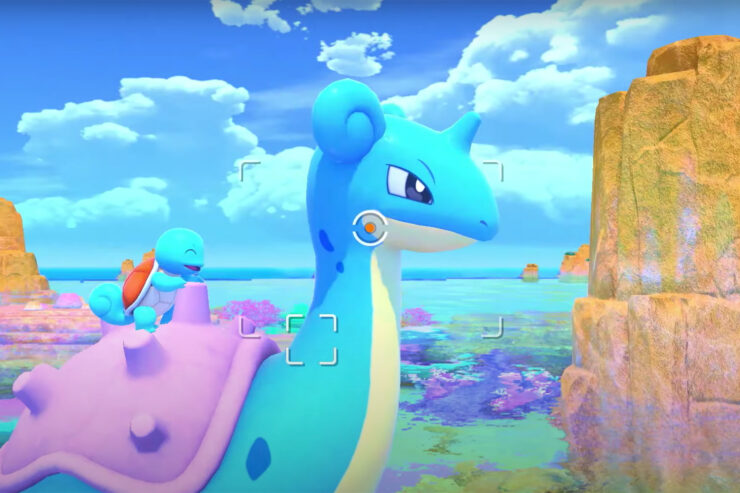 New Pokémon Snap, the sequel to the original Nintendo 64 title from 22 years ago, has finally been dated for release. It looks like trainers can embark on a brand new Pokémon photo journey as early as April on Nintendo Switch.

This time around, players take on the role of a new photographer traveling through the region of Lental. It's rife with scenic vistas like gorgeous beach areas, verdant jungles, and plenty of other places to go when you want to snap a quick photo of Pokémon in the wild and their environment.

You'll work alongside Pokémon expert Professor Mirror as well as his assistant Rita as you research these intriguing monsters living and growing in their natural habitats. Take photos to earn a special score for each one, then build your new "Photodex" to compile a report with the Pokémon you meet. You'll do this while remaining in a safe, auto-driving vehicle as you check out the region.

This new iteration looks quite similar to the original Pokémon Snap in many ways, down to the fact that you can toss lures and other items to get the monsters' attention as well as the art style and gameplay in general. There's still plenty of reason to jump into this version, though, since there's a whole swath of new Pokémon to take pictures of. That's the main draw, after all.

The original Pokémon Snap remains one of the most beloved games in the franchise. It will be interesting to see where the series goes from here, which Pokémon will be featured, and if there will end up being additional entries in the series going forward. That's certainly the hope for fans, anyway. We'll be sure to bring you additional coverage as it arises on New Pokémon Snap, as we can't wait to get our hands on it, either.