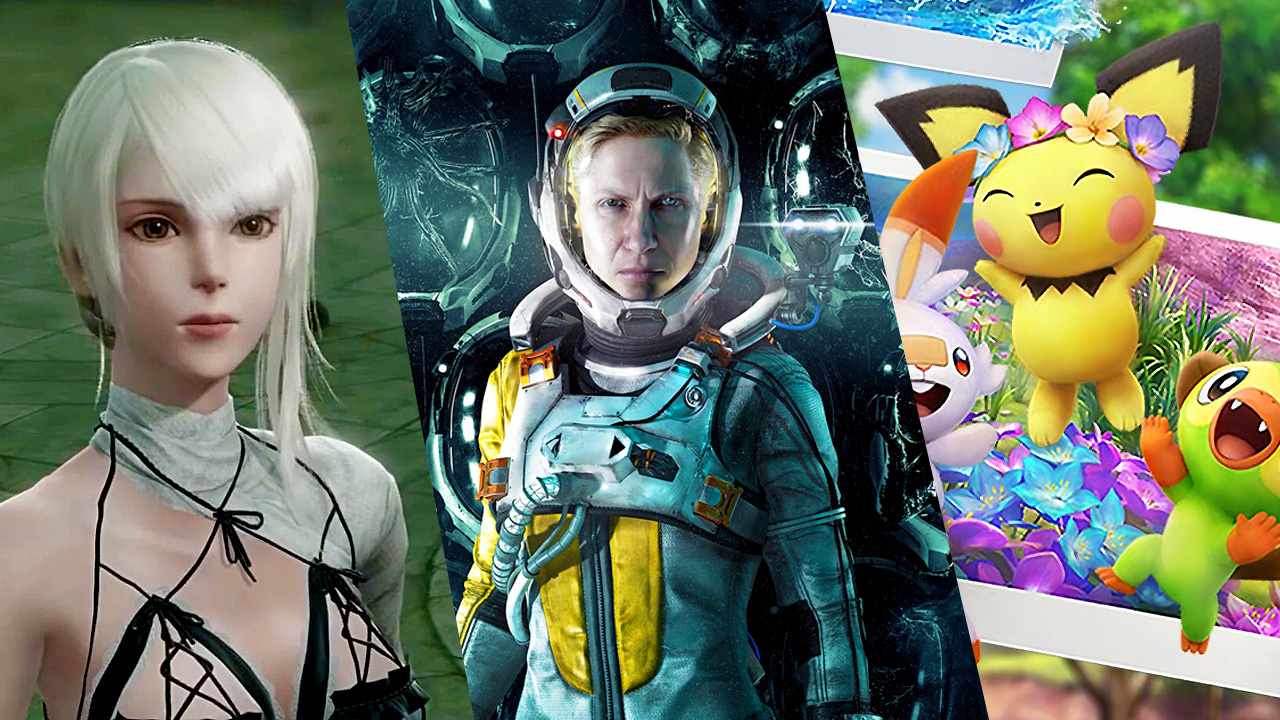 Things remain a bit slow in April, although Switch and PS5 owners each have an exclusive to look forward to in New Pokemon Snap and Returnal. Also, the surprisingly-promising-looking RPG-shooter Outriders lands at the beginning of the month and a remake of the original NieR is coming for fans of Yoko Taro’s weirdness. On the indie front, there are a few potential gems, including bullet-hell actioner Godstrike and Farm Manager 2021. Hey, some of us like that quiet country life!

Square Enix and People Can Fly’s upcoming online RPG-shooter Outriders was quickly pegged by many as a mere Destiny-clone, but the fact is, it offers a lot to differentiate itself from Bungie’s series. A large, varied world, freaky enemies, unique classes, deep loot system, surprising focus on story, and some impressive next-gen visuals all make this one worth watching. And hey, as a bonus, it’s available via Xbox Game Pass from Day One! Pre-order the game here.

So, what exactly is up with this game and why does it have all those numbers in its title? Well, I’m not sure about the numbers, but NieR Replicant ver.1.22474487139... is a remake of the original 2010 game that predated the acclaimed NeiR: Automata. Or rather, it’s a remake of the original Japanese version of NieR (we got a somewhat different version in the West). NieR Replicant ver.1.22474487139... updates the original game’s visuals, tweaks combat, adds new content, and keeps all that glorious Yoko Taro craziness intact. Check out Wccftech’s full hands-on preview here. Pre-order the game here.

If you ask Pokemon fans what their favorite spin-off game is, the most popular answer is invariably Pokemon Snap. Despite this, Nintendo and the Pokemon Company left fans hoping for a sequel in the lurch for decades. Well, a follow up finally arrives when New Pokemon Snap launches later this month. You’ll once again ride on rails taking pictures of Pokemon in their natural habitats, although now the critters look a lot nicer and you can share your pictures online via an Instagram-like setup. Sadly, you won’t be able to get your photos printed out as stickers at Blockbuster Video, but even without that key feature New Pokemon Snap looks like a fun throwback. Pre-order the game here.

The next big PlayStation 5 exclusive is almost here! The first AAA production from the arcade-masters at Housemarque, Returnal will deliver plenty of bullet-hell madness, but it also mixes in roguelike and survival horror elements as well. Players must take on a planet swarming with many-tentacles alien monstrosities and as you die and retry, you’ll slowly uncover dark secrets from main character Selene’s past. Housemarque is betting big on this one, and it looks like the gamble may pay off. Pre-order the game here.

Looking for an Overcooked-style co-op game with a somewhat more fantastical edge? Well, Potion Party might be for you. Team up with friends to brew up various potions to serve to your customers then use the money you earn to upgrade your tools and shop! Potion Party looks relatively simple, but hopefully it can conjure up some couch co-op magic. Here’s the Steam page for Potion Party.

It’s like raaaa-aaaa-aaain on your wedding day! Ahem. This one’s title pretty much explains it all – you play as a cute little cloud and you’re out to ruin everybody’s day by literally raining on their parades. Rain out weddings, beaches, camping trips, and more! Rain on Your Parade promises over 50 levels with varying objectives (you won’t always have to be the bad guy). Here’s the Steam page for Rain on Your Parade.

Limber up your thumbs, because Godstrike is an intense bullet-hell boss-rush twin-stick shooter (That’s a lot of hyphenated descriptors!) of the most hardcore variety. In addition to all those bullets, you’ll have to worry about time, as the clock also acts as your health bar as you're battling bosses. You’re going to have to do it fast and right to succeed in this game. Here’s the Steam page for Godstrike.

Aaaaaarrre you ready to do some faaaaaarming?! Because I am! Farm Manager 2018 was an underrated slice of rural fun, and now three years later Farm Manager 2021 arrives with an array of new crops, animals, and features. I mean, come on, you can farm ostriches now! How can you resist? Here’s the Steam page for Farm Manager 2021.