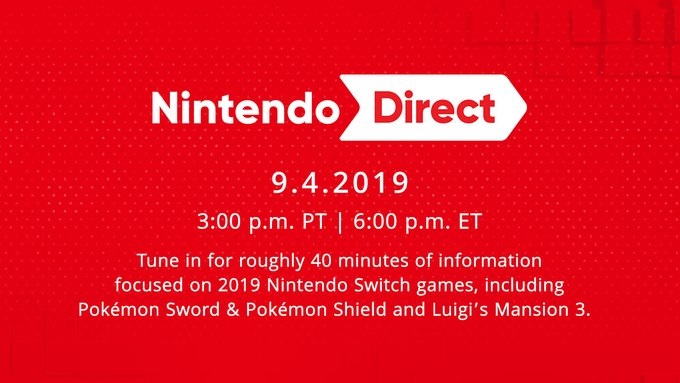 Nintendo has officially announced a new Nintendo Direct that will air later today.

Many already speculated about a new Direct airing this week and Nintendo has now officially announced the broadcast. The new Direct will air at 3 PM PT and will focus on this year’s upcoming Nintendo Switch games, including Luigi’s Mansion 3 and Pokémon Sword & Pokémon Shield.

“Tune in 9/4 at 3pm PT for a #NintendoDirect featuring roughly 40 minutes of information focused on 2019 #NintendoSwitch games, including #PokemonSwordShield and #LuigisMansion 3”, Nintendo’s official Tweet reads.

What are you expecting from Nintendo's new Direct? Hit the comments below.