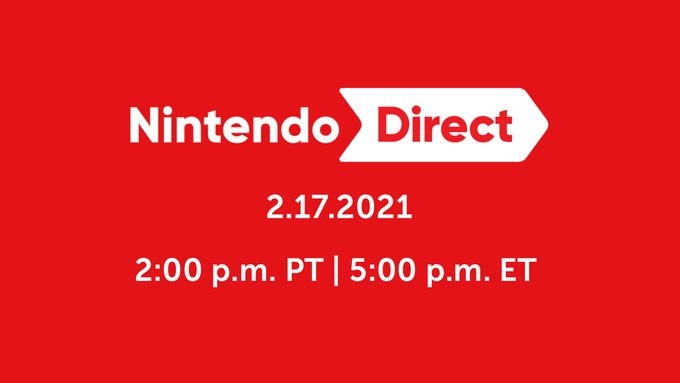 [Update] Nintendo has just confirmed that a new full Nintendo Direct will air tomorrow at 2 p.m. PT. The DIrect will focus on available games like Super Smash Bros. Ultimate and games coming to the Nintendo Switch in the first half of 2021.

Tune in 2/17 at 2 p.m. PT for a #NintendoDirect livestream featuring roughly 50 minutes of information focused on available games like Super #SmashBrosUltimate and games coming to #NintendoSwitch in the first half of 2021.https://t.co/fbG3hEtD0Q pic.twitter.com/w8J6lbdIkQ

[Original story] There will be major Nintendo Switch announcements in the coming weeks, including two new retail first-party titles and reintroductions from already announced games.

At least, that’s what known leaker group ‘LeakyPandy’ writes on Twitter. While there will be “significant” announcements in the next four weeks, the group says that there won’t be any announcements related to the rumored new Nintendo Switch models.

Significant Nintendo announcements in the next four weeks. From Nintendo/subsidiaries.

As always, these are just rumors at this point, but ‘LeakyPandy’ has correctly leaked various Nintendo-related info in the past. Also, with Zelda’s 35th Anniversary and Pokémon’s 25th Anniversary coming up, it’s highly likely that there will be major announcements in a new Nintendo Direct later this month. Whether this rumor is related to the rumored Pokemon Remake for the Nintendo Switch, is unknown at this point.

As always we will keep you updated as soon as more info on new Nintendo announcements come in. For now, stay tuned. What are your expectations with regards to the Nintendo Switch this year? Are you expecting anything from Zelda's upcoming 35th Anniversary later this month? And what about the 25th Anniversary of Pokemon later this month as well? Hit the comments down below.