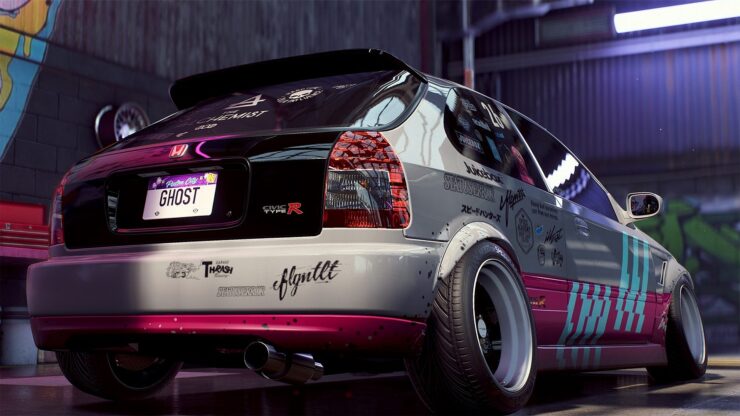 Yesterday, Need for Speed fans were treated to a whole bunch of news. First of all, Criterion (now the lead studio on the IP once again) announced that it's focusing on a new installment following the latest update to Need for Speed Heat, which added cross-play between all platforms, a first for a game published by Electronic Arts.

According to the developers, the new Need for Speed will build upon the foundation of Heat and the feedback of players on what went wrong with that game in order to create 'the most expressive, most socially connected, action-packed game yet'.

With EA Play Live 2020 due soon, we may get a teaser for the newly announced title, though it sounds like the game could be far off from release. Meanwhile, if you want to try Need for Speed Heat, the game will become available on June 16th to EA Access and Origin Access Basic subscribers.

At Criterion, we've always believed that games are better with friends. We don’t want your platform of choice to be a barrier for that experience. So we're thrilled to let you all know that on June 9, Need for Speed Heat will be the first EA title to offer cross-play, meaning that players – regardless of their platform – can jump into Palm City together as one, united community.

Once you’ve installed the update (see full update notes here, including some other fixes, too), you can opt in to race players across PC, PlayStation 4, and Xbox One. You can search for your friends who are playing on any of the above systems, given they’ve opted in for cross-play as well, inside the Find Players menu. Then, go to the new EA Friends tab in the Party Menu to see who’s online to play with.

As we at Criterion shift gears into the future with full focus on developing the next Need for Speed game, this will be the final update for Need for Speed Heat. Since the launch of Need for Speed Heat and as players continue to tear it up in Palm City, we’re listening to what you love about this experience, and what you all believe could be even better. With these insights, we have a terrific foundation to create the most expressive, most socially connected, action-packed game yet for Need for Speed fans and beyond.