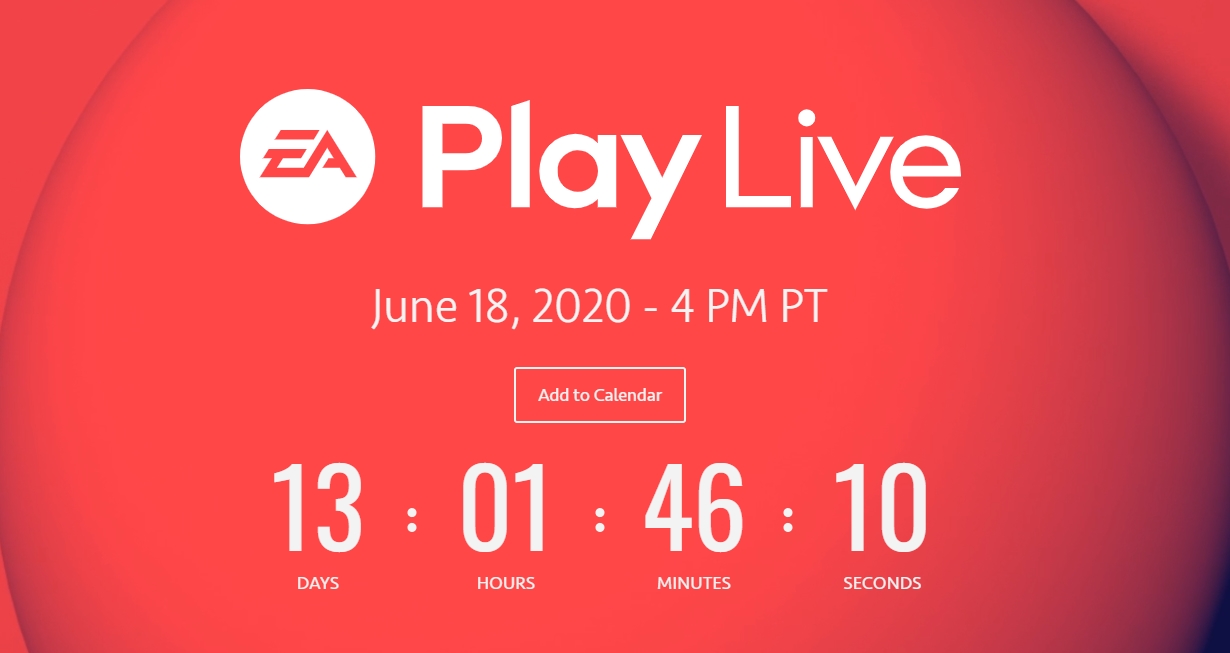 After the cancellation of E3 2020 and multiple publishers shifting focus to online events, EA was quick to announce the debut of EA PLAY Live 2020, their own digital conference to showcase their latest titles. Now, one week away from the event's inaugural stream, Electronic Arts has opted to delay EA PLAY Live 2020 until later this Summer.

There's still a fair bit of speculation as to what Electronic Arts and their numerous development teams will showcase during the first EA PLAY Live event in a couple of weeks. According to a recent earnings call, the next Battlefield isn't going to be arriving until fiscal year 2022 (beginning March 2022) at the absolute soonest.

We're launching four sports titles, including new games in our blockbuster FIFA and Madden franchises, four other titles that draw from the breadth of our IP, and we'll also publish four titles globally from smaller developers. We also expect two new mobile titles to make it into soft launch. We expect growth to accelerate in fiscal 2022 as we leverage the growing install base of next-generation consoles with the launch of a new Battlefield. This is on top of the launches of FIFA 22 and Madden 22, plus new and ongoing live services and other titles.

The announcement for four sports titles, including a new FIFA and Madden title, leaves two sports franchises left to account for. NHL remains one of EA's tentpole sports franchises and the fourth? There's plenty to speculate on, such as a new Street title or baseball franchise, or this could be something entirely new for the next generation of consoles. EA will also most likely emphasis focus on their live services for Apex Legends and perhaps the long-awaited 2.0 refresh for Anthem. 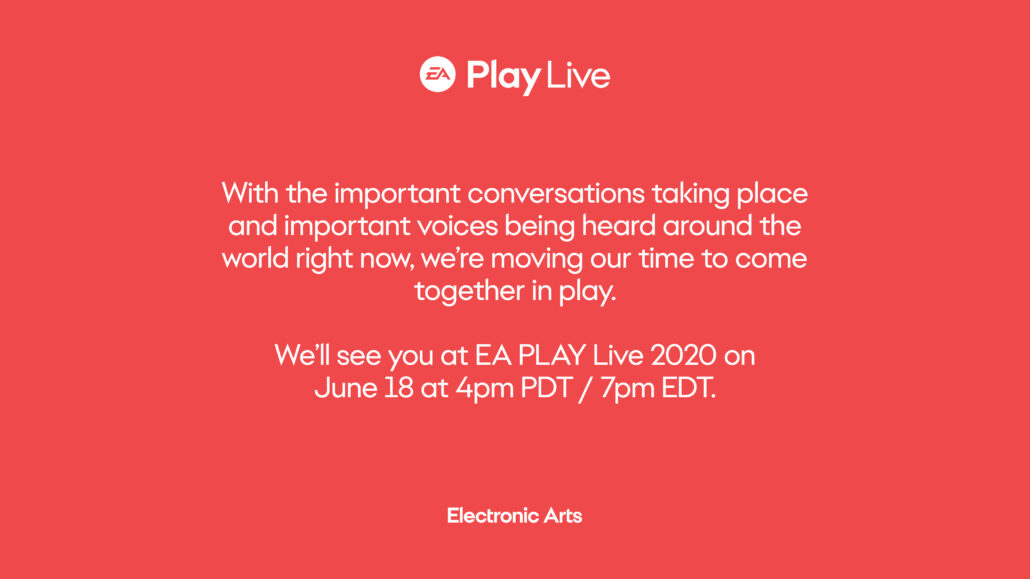 EA PLAY Live 2020 is only being delayed a week and should give fans a little bit more breathing room after the deluge of announcements to come from the beginning days of IGN's Summer of Gaming event set to begin soon. What surprises do you think EA has in store for us besides the usual yearly sports titles?