The Need for Speed series has been stuck in second gear for a while now. 2017’s Need for Speed Payback was a particularly frustrating experience, as it looked and played great, but was held back by an annoying money-grubbing Ultimate-Team-style structure. Electronic Arts and developer Ghost Games are clearly trying to make amends with Need for Speed Heat, as it kicks any sort of microtransactions to the curb and hearkens back to the cops ‘n’ robbers theme of past entries in the series.

Of course, just because EA is saying the right things doesn’t automatically mean Need for Speed Heat is a good game. Is this the classic ride NFS fans have been pining for or does it still need some work? Strap in, it’s time to take this one for a test drive…

Need for Speed Heat takes place in and around Palm City, a transparent stand-in for Miami and South-Central Florida. The entire city is obsessed with street racing and the local PD is equally fixated on shutting it down. I’d say that’s fair, as blasting through downtown at 150mph is a bit of a public safety risk, but the cops are also illegally shaking down racers. So, I guess everybody’s a jerk? But really, don’t expect any complexity or shades of gray here – the cops are one-dimensional meanies and you and your allies (noble street-racer-turned-mechanic Lucas and his sparkplug sister Ana) are faultless. Heat flirts with some charged imagery that brings to mind ugly real-world stories about police brutality, which is honestly kind of off-putting in this otherwise a feather-light story. That said, it’s hard to get too upset about this latest attempt to ape the Fast & Furious movies (yes, there are plenty of speeches about family).

Palm City itself is a decent playground, although it’s a bit on the small side. You can pretty easily drive from one side to the other in under five minutes. Visually, this ersatz Miami is surprisingly drab -- yet another game let down by Frostbite, an engine designed to render grim battlefields, not neon cityscapes. Heat does look a bit better at night thanks to nice lighting and HDR support, and its weather effects are well done, but overall, I’d say Payback is actually the better-looking game.

As I just alluded to, Need for Speed Heat is built around a day-night cycle with players being able to switch from one to the other at any time. I guess the cops spend their days filing paperwork, because they’re largely MIA when the sun is out. During the day you’re free to toodle around looking for breakable billboards and speed traps to run through, or take on part in legal “Speedhunter Showdown” events. These officially-sanctioned races usually consist of fairly standard 3-lap circuits and reward players with “bank.” At night you’ll take part in longer, unsanctioned sprint races, which will net you “rep,” this game’s version of XP. Rep is needed to unlock new events and cars, while bank is needed to buy and upgrade said cars. It’s a simple, yet balanced system. At least in theory.

Driving at night is complicated by the fact that the cops are far more plentiful and aggressive under cover of darkness. They’ll stick their noses into your business during races, and often you’ll have to shake them even after the event is over. I suppose the heavy police presence is supposed to make racing at night feel more dangerous and exciting, but mostly it’s just irritating. In previous Need for Speed games, the police were more of a nuisance than anything and outrunning them or smashing their cruisers off the road was fun and empowering. In Need for Speed Heat it feels like the law usually has the upper hand. Also, shaking the cops often feels random – sometimes they refuse to give up, while other times a few quick turns are enough to leave them in the dust. Generally speaking, you’re not rewarded for skillful driving as sticking to the roads often results in long-drawn out chases. Drive around wildly in circles, crashing through objects and down embankments and the police AI will get confused and leave you alone.

I feel like Ghost Games realizes police chases aren’t that fun, because you’re rewarded heartily for engaging with them. The longer you’re chased by the cops, the higher your “heat" level is, which acts as a direct multiplier to the rep you earn in events. Work your way up to a maximum 5x multiplier and you can level up several times in a single night. There are even special events that are only available once you reach a certain heat level. Ah, but if you’re caught by the police, your heat level is knocked right back down to zero. Like the day/night thing, this may sound like a balanced approach, but again, there’s an element of randomness here and ultimately the risk-reward gulf feels too wide. A couple of times I got to a heat level of 5 without even really trying, while many other nights I’d completely lose my multiplier (and a lot of bank) just because I misjudged a turn or the AI decided it really had it out for me.

Honestly, I started to dread going out at night, much preferring the low-stress daytime cruising. Given how fixated the marketing of Need for Speed Heat has been on night racing and battling cops, I don’t think that’s what Ghost Games was aiming for. And to be clear, I don’t mind a demanding driving game – Gran Turismo Sport and Redout are probably my two most-played racers of this generation. Heat isn’t that difficult per se, it’s just arbitrary.

None of the frustrations I’ve mentioned thus far would matter all that much if Need for Speed Heat’s core racing action was fantastic, but, well…it isn’t. While the game delivers a bracing sense of speed, you shouldn’t expect anything even approaching realism when it comes to handling. Drifting has been made easier than ever – a simple double tap of the acceleration button will send you into a skid – and you’ll be using it on almost every corner. I felt like I was playing Mario Kart or Ridge Racer, which isn’t an inherently bad thing, but know what you’re getting into.

Of course, all of Need for Speed Heat’s events take place on the highways and byways of the game’s open world, and sometimes they aren’t as well laid out as they could be. Gates are often placed too far apart making it easy to take a wrong turn, particularly during night races. Heat does fix one problem I had with Payback, which was that you often couldn’t tell which roadside objects could be safely crashed through and which would stop you dead. The game’s “solution” is that you can now crash through pretty much everything – trees, telephone poles, barriers, whatever. None of it even slows you down. The fact that your car is apparently made of adamantium, combined with the fast and loose drifting, makes for a less-than-precise racer. And again, that isn’t inherently a bad thing. Just bashing through everything can be entertaining, but, ultimately, I found the game too sloppy to really be satisfying to master.

But hey, if you enjoy how Need for Speed Heat plays, you’ll certainly find plenty to keep you busy. The game’s story can be zipped through in around 10 hours, but after the credits roll, you’ll still have plenty of events to tackle, side activities to complete, and cars to earn. Vehicle customization isn’t terribly complex, as improving your ride’s performance is a simple matter of upgrading parts from Stock, to Pro, to Elite, and so on, although there are some parts that will alter your handling, allowing you to, say, transform a drift machine to an off-road specialist. And If you’re all about your ride’s looks, Heat admittedly has a solid livery editor. Multiplayer is fairly robust, allowing you to join a server with up to 15 other players that you can invite to participate in events or time trials, although, once again, local splitscreen is not an option. Overall, this one has plenty of gas in the tank.

This review was based on a PS4 copy of Need for Speed Heat provided by publisher Electronic Arts. You can buy the game on Amazon. 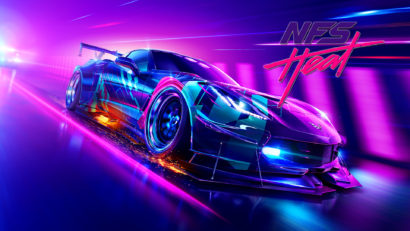 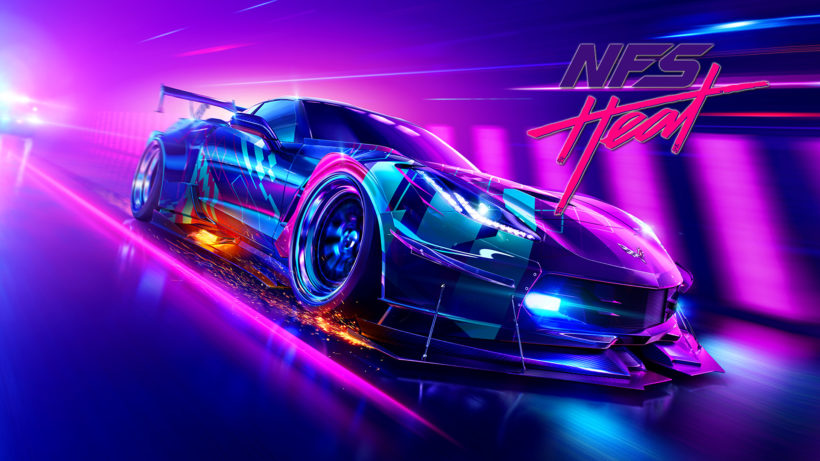 Need for Speed Heat ditching its predecessor’s heavy-handed microtransactions and live-service nonsense is commendable, but in most other ways, this is actually a step back for the series. The game provides some solid arcade thrills, but a limited map, so-so visuals, slapdash action, and irritating cops weigh the experience down. If you’re desperate for a new open-world racer, Need for Speed Heat may be worth a spin, but most will want to wait until this one hits the used car lot.