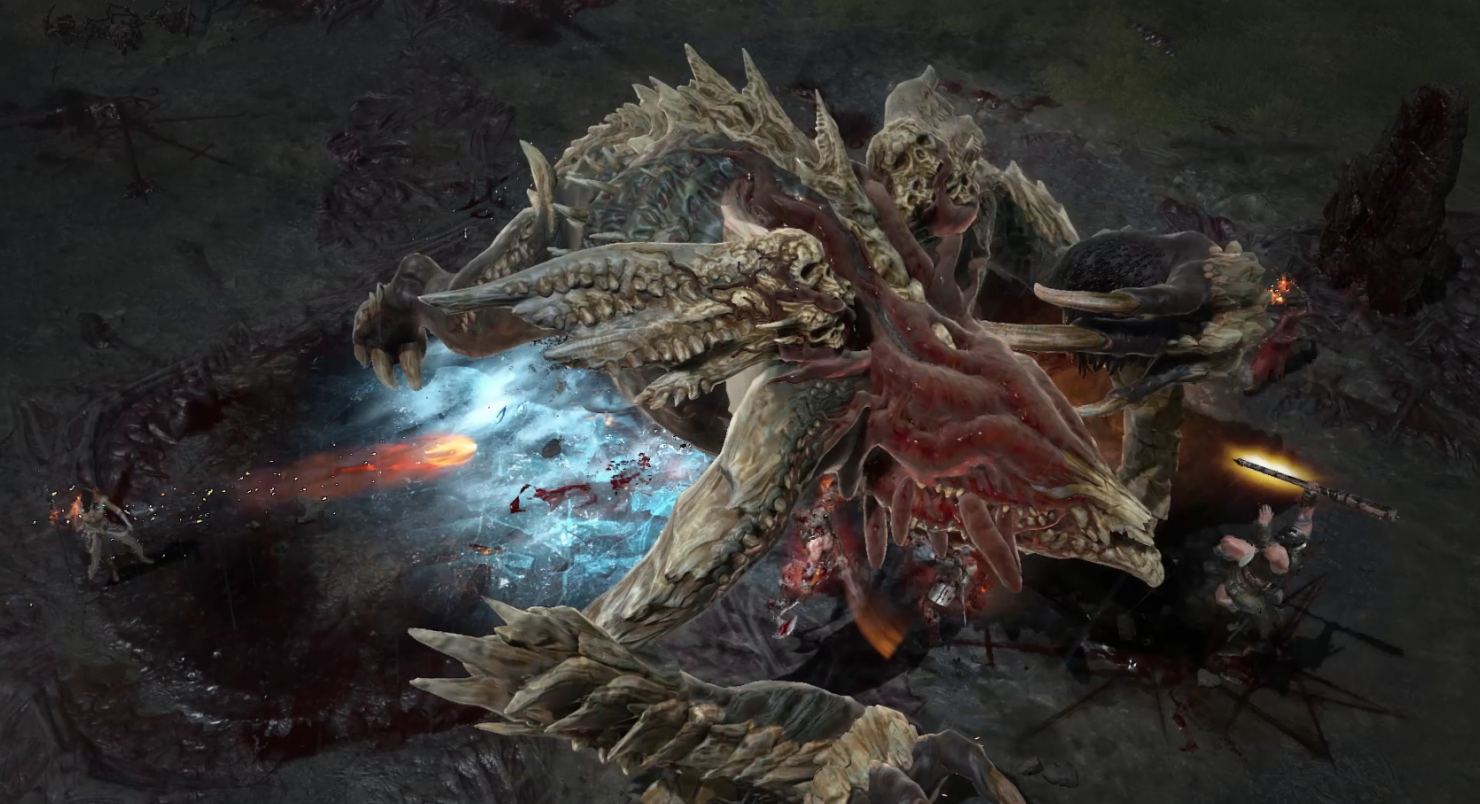 A new Diablo IV gameplay video has been released showing off the World Boss combat battle that Blizzard showed at Blizzcon 2019.

The Ashava world boss was included in the gameplay build that Blizzard showed at this year’s Blizzcon event. In addition to the world boss, the new video from GameInformer also lets us catch a glimpse of the game’s co-op play.

Check out the new Diablo IV gameplay video down below:

Following numerous leaks and rumors, Blizzard officially announced Diablo IV at this year's BlizzCon event. The game will have a much darker tone compared to Diablo 3 and its visual style is more similar to fan-favorite Diablo II.

Three playable classes have been officially confirmed at this point – the Barbarian, the Druid and the Sorceress. As covered earlier this week, a rumor that was posted earlier this year claims that the Amazon and Paladin will also be available upon the game’s launch.

Blizzard has confirmed that the game will release on PC and consoles but a release date has yet to be announced. As the game still appears far away from a release, it’s likely that Diablo IV will release on PC alongside the PS5 and Xbox Scarlett (which are both slated for a holiday 2020 release). As Blizzard has said that the title will also come to PlayStation 4 and Xbox One, we might be looking at a cross-gen releas - this was also the case with the console versions of Diablo 3.