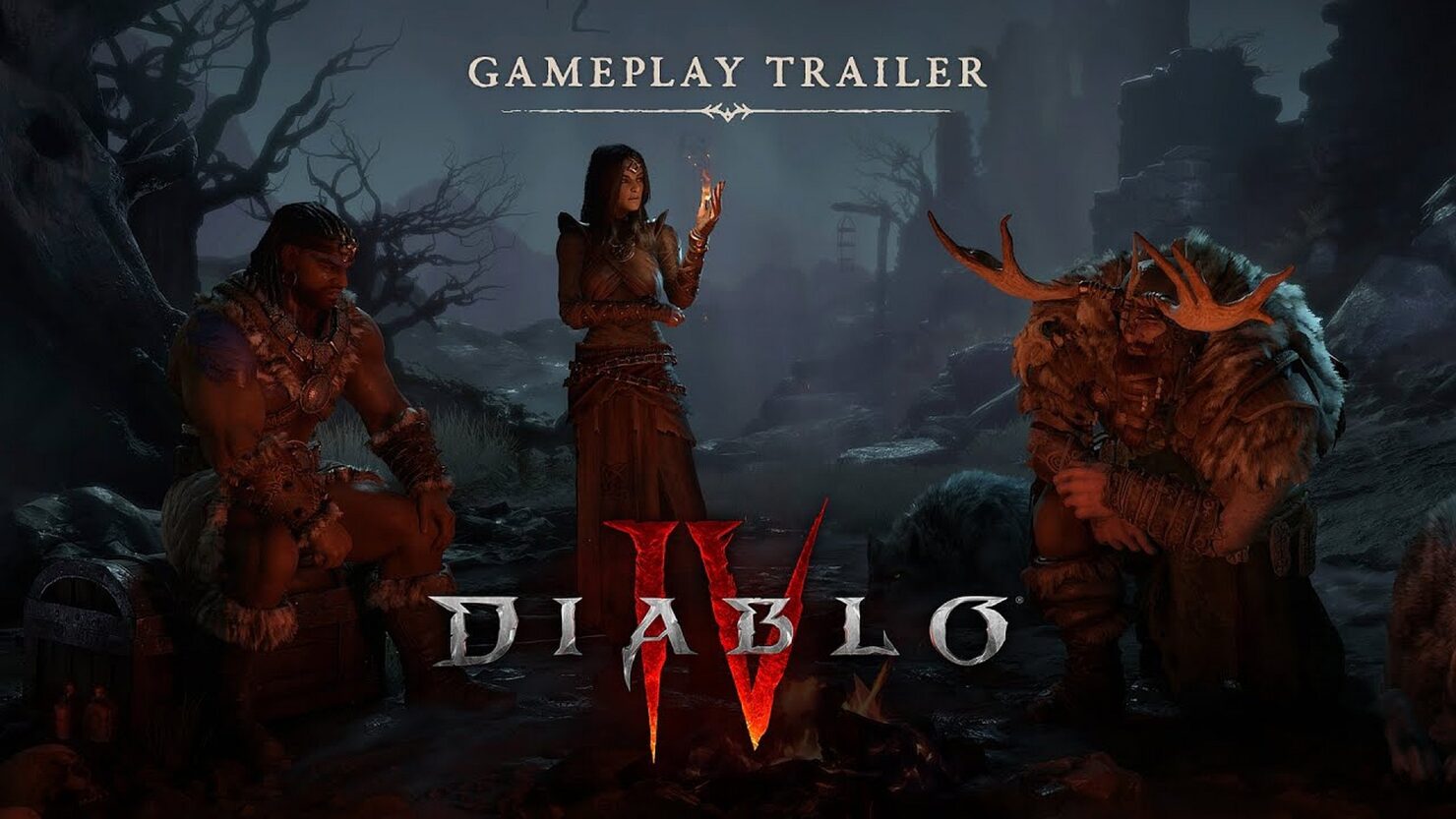 After quite a few rumors and even a last-minute leak of the artbook, Diablo IV has been officially announced at BlizzCon 2019. The game is said to embrace the darker roots of the franchise compared to Diablo III. It's being developed for PC, PlayStation 4 and Xbox One; more importantly, given that an 'early look demo' is playable on the show floor, the release date may not be that far off.

In a press release sent out by Blizzard, President J. Allen Brack said:

Sanctuary has been a home to Diablo players for more than 20 years, and it’s with our own deep passion for the series and a deep appreciation of the community that we announce Diablo IV today. We’re excited to be returning to the dark, quintessential Diablo gameplay that players love while expanding the world and story in new ways, and we can’t wait for more people to be able to experience it.

The game world will be seamless and shared with other players, and there will be even PvP zones where to fight other adventurers.

Players will find a lifetime’s worth of adventure scattered across a land rooted in unique ecologies and inhabited by dangerous new foes. They’ll delve into randomized dungeons packed with unpredictable adversaries and unimaginable treasures. While continuing to fully support solo and coordinated party play, Diablo IV will also provide opportunities for groups of players to encounter each other in the same shared world—whether to tackle bigger challenges . . . or possibly even slaughter one another in player-vs.-player combat.

So far, the following three classes were unveiled for Diablo IV.

BARBARIAN
The Barbarian has unparalleled strength and expertly wields an entire arsenal in battle, with a weapon for every occasion. He bellows intimidating war cries and unleashes ground-shaking slams to send approaching hordes reeling.

SORCERESS
The Sorceress shapes the elements into whatever form is necessary to ensure victory, from hurling bolts of lightning, impaling her foes upon jagged spikes of ice, and raining flaming meteors down from the sky.

DRUID
The Druid is a savage shapeshifter, fluidly transforming between the forms of a towering bear or a vicious werewolf to fight alongside the creatures of the wild. He also commands the power of earth, wind, and storm, unleashing nature’s wrath to devastating effect.

Last but not least, a gameplay trailer showcased the massive technological improvements made by Blizzard in Diablo IV compared to the previous installment.

We expect lots more to come in the next couple of days from BlizzCon. Until then, stay tuned.