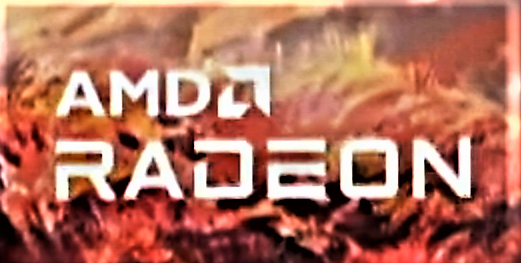 A new AMD Radeon logo has been spotted which marks a major revamp for the brand since the launch of Polaris graphics cards back in 2016. The new logo was showcased at the PC Gaming Show during the gameplay reveal of Gearbox's upcoming title, Godfall.

Although it's just a new logo, even small updates such as this one can hint at major brand revamps coming along the way. The last time we saw a major brand revamp was with the Polaris GPUs that along with the new Radeon logo gave us an entirely new 'Radeon RX' branding scheme for Polaris cards. This was also the same time when the Radeon Technologies Group was found, led by Raja Koduri, who has since jumped shipped to lead the development of Intel's next-generation graphics architecture.

With AMD's 2nd Generation RDNA graphics architecture and Radeon RX graphics cards which make use of it on the horizon, a new Radeon logo is hinting at a major rehaul of the Radeon brand as a whole. For starters, the new Radeon logo makes use of the same format style as the Ryzen logo. It has already been stated by AMD that its Big Navi (RDNA 2) GPU will disrupt the 4K gaming segment similar to how Ryzen disrupted the high-end & performance CPU segments.

You can see the logo below which was spotted by Casmodem at Twitter (via Overclock3d):

AMD has also confirmed that Big Navi RDNA 2 based Radeon RX graphics card will be an enthusiast halo product. AMD doesn't use the standard naming conventions for halo products, this much has been made obvious with the likes of the Radeon Fury series and the Radeon VII. It is likely that AMD will come up with a more interesting naming scheme for its Big Navi graphics cards rather than just placing it within the Radeon RX 6000 family which is expected to be made up of more performance & mainstream variants replacing existing Radeon RX 5000 (RDNA 1) series graphics cards.