AMD has confirmed that its RDNA 2 'Big Navi' GPU will be coming to Radeon RX graphics cards for the PC platform before next-generation consoles from Sony & Microsoft. The confirmation came in the Bank of America 2020 Securities Global Technology Conference where AMD's CFO, Devinder Kumar, stated that their next-generation GPU architecture will be available on the PC platform before the next-gen consoles arrive.

During the webcast, Devinder revealed that AMD will be focusing on delivering its RDNA 2 GPUs to the PC platform first in the form of its enthusiast Navi 2X powered Radeon RX graphics card. The lineup would feature the Big Navi GPU which Devinder has revealed to be a halo product that is going to be focused at the ultra-enthusiast gaming market. The next-generation consoles from Microsoft and Sony are planned for launch in Holiday 2020 so we might end up seeing Big Navi around the start of Q4 2020 or even earlier. 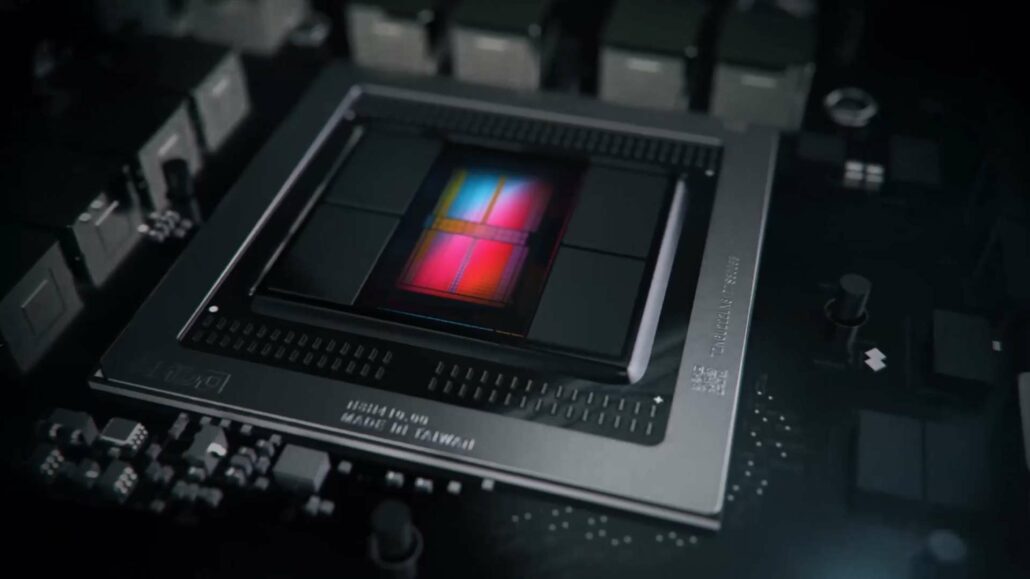 A render of AMD's Vega 20 GPU featured in the last halo graphics card, the Radeon VII.

Devinder also revealed that the RDNA 2 architecture goes through the entire stack which means that we won't be getting just high-end products but also mainstream and high-end graphics card under the enthusiast segment at much affordable price points. Some of the key points that Devinder stated during the webcast are mentioned below (via Videocardz):

If Devinder's statements hold up, then Big Navi based Radeon RX graphics cards might definitely take the fight to NVIDIA's $1000 US+ RTX 2080 Ti graphics card. The news also comes out just a day after a mysterious AMD RDNA 2 GPU codenamed Sienna Cichlid was spotted within Linux drivers and is speculated to be the Big Navi (Navi 21) GPU itself.

Currently, no halo products exist within the Radeon RX brand with the last one being the Radeon VII. It's been some time since the Radeon brand saw similar action as the Ryzen lineup but it does seem like things are about to change with AMD focusing more towards the Radeon (RTG) brand. AMD also sheds some light on what to expect from RDNA 2 and shares info that we will see more products within the family in the form of mainstream GPUs and also integration within next-generation APUs which is something that has recently been leaked out.