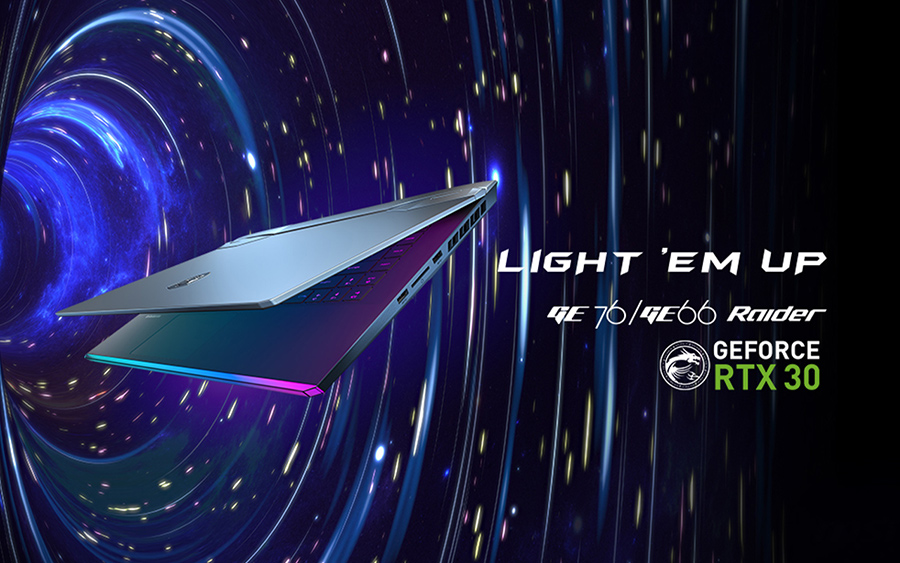 The highly anticipated Intel Tiger Lake-H mobile processors found in laptops are making their way onto online storefronts in the form of preorders. Currently, the Stealth and Raider laptops from MSI are available for preorder on multiple online retailers, including XoticPC, ExcaliberPC, and ShopBLT.

The MSI's flagship laptop, the GE76 Raider, features an array of powerful components. The 8-core, 16-thread Intel Tiger Lake-H Core i9-11980HK processor powers the laptop and is also the only unlocked 8-core processor available in the lineup so far. The processor specs are a base clock of 2.6 GHz and a boost clock up to 5.0 GHz with a 65W TDP. The 300Hz, 17.3-inch display is powered by an Nvidia GeForce RTX 3080 Max Performance (Max-P). On top of that, it features up to 64GB of DDR4 memory and a 1TB NVMe SSD. Judging from all of the listings, the highest spec GE76 Raider will cost up to $3,299. The ExcaliberPC listing also features a more affordable option at $2,499 with the locked Core i7-11800H and an RTX 3070 Max-P GPU.

Alongside the Raider series, the lighter, more portable Stealth series has also been listed. The GS76 Stealth and GS66 Stealth feature the Intel Tiger Lake-H Core i9-11900H but are also available in different configurations with the 8-core Core i7-11800H. However, both processors are locked SKUs. Similar to the GE76 Raider, they feature up to 64GB of DDR4 RAM and up to a 1TB NVMe SSD. On XoticPC, all of the Stealth series models feature the RTX 3080 Max-P, and the displays vary from a 300Hz, 17.3-inch display down to a 240Hz, 15.6-inch display. The pricing on the Stealth series goes from $2,799 all the way up to $3,099.

With the preorders being listed, it seems that the launch of the Tiger Lake-H processors is near. XoticPC is the only one to offer an SSD upgrade service since the processors feature PCIe 4.0 support. As with any hardware launch, I would hold off on preordering until comprehensive reviews of the laptops come out.