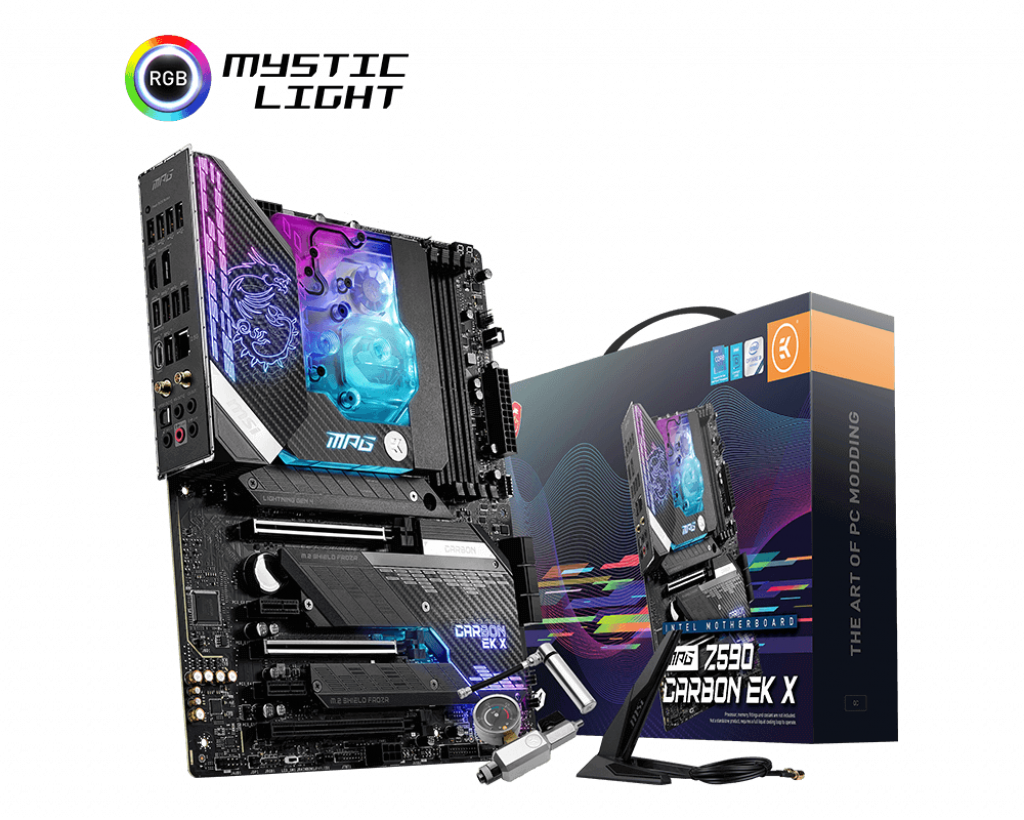 It's not all bad news for people looking to upgrade to the next generation Intel platform. Over the last couple of weeks, we have learned more regarding the pricing of Z590 motherboards with top-end models ranging upwards of $1000. Specifically water-cooled motherboards with the prime example being the ASUS ROG MAXIMUS XIII EXTREME GLACIAL costing about $1800. Fear not, MSI and EK have announced the MPG Z590 Carbon EK X featuring a custom cooling solution at a price point of $499.

At $499, The MPG Z590 Carbon EK X Is Much More Affordable Than Other High-End Motherboards

Water cooling on a motherboard isn't cheap, but $1800 for the top end board is outrageous. The ASRock X570 Aqua is widely regarded as one of the best motherboards with a water block and it only costs $1000 as a limited edition model. Water cooling also isn't for everyone, but increasing the barrier to enter into the realm of water cooling definitely isn't the solution.

For $499, MSI has released a motherboard that is no slouch. It features a 16+1+1 Duet Rail power design. On top of that, it has all the ports you could imagine and more. Two important features are two M.2 slots and PCIe 4.0 support. It also has a lot of expansion slots as well as much RGB as it possibly can.

On top of all those features that come with the motherboard, you also get EKWB's leak tester and a coupon for $65 worth of credit on EKWB's webshop. Water cooling is definitely not for everyone, but EK and MSI are not looking to exclude people with this motherboard. For or what you are getting, this motherboard is the best entry point into the water cooling realm.

Don't get me wrong, $500 is still a lot of money, but it pales in comparison to other high-end motherboards costing over $1000. This gives some hope to improved pricing for the newest motherboards. With preorders starting on February 22nd, EK and MSI expect that the boards will ship out in March.