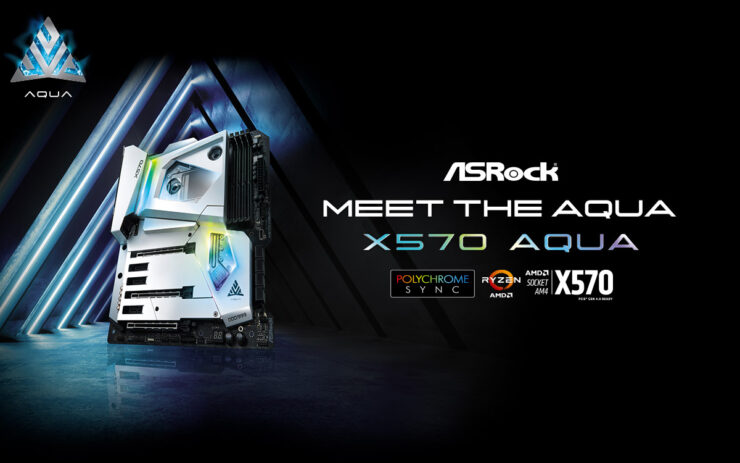 The leading global motherboard manufacturer, ASRock, is pleased to announce a very special product launch: the new X570 AQUA motherboard, which is already highly anticipated for its unprecedented features and performance. The X570 AQUA is the only completely water-cooled X570 motherboard – its unique all-copper cooling block covers the CPU, VRM, and X570 Chipset to provide unbelievable performance and stability.

This exclusive product is being manufactured in a very limited production run of just 999 boards and made available on a first-come-first-served basis. X570 AQUA is the ultimate selection for the AMD X570 chipset and Ryzen 3000 series desktop processors – to be enjoyed only by a select few worldwide. With the top choice CPU for DIY PC enthusiasts – AMD Ryzen 3000 series processors paired with ASRock's super high-end X570 AQUA motherboard will definitely be your ideal partner.

Water flows through the custom AQUA Cooling Armor heatsink is skillfully designed to dissipate the heat of the CPU, VRM, and chipset as efficiently as possible. The coolant flows along three separate paths so that each of these critical areas is cooled individually. This smart multi-path design also reduces water resistance inside the cooling block, allowing faster coolant flow for more efficient cooling. 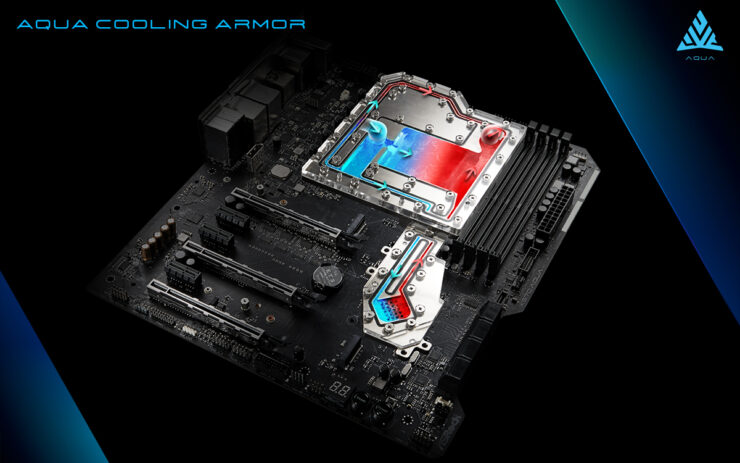 AQUA's Cooling Armor doesn't only offer some of the most advanced water-cooling technology ever seen on a PC motherboard, it also dazzles with its sophisticated but eye-catching design that covers and protects almost the entire board. The X570 AQUA's power systems get the most out of high-end CPUs and other powerful components with superior heat control and performance from IR Dr. MOS design, ASRock's optimized power stage solution that intelligently delivers higher, more stable current.

Even the most expensive top-end motherboards are at risk of unreliability and severe damage from bending and cracking as heavy cooling systems, graphics cards, and other components are mounted or replaced. Now, X570 AQUA protects against this damage with a server-grade PCB that prevents board bending and adds low-loss technology to improve signal integrity as well as whole-system stability, to provide a reliable and long-lasting PC without compromises. 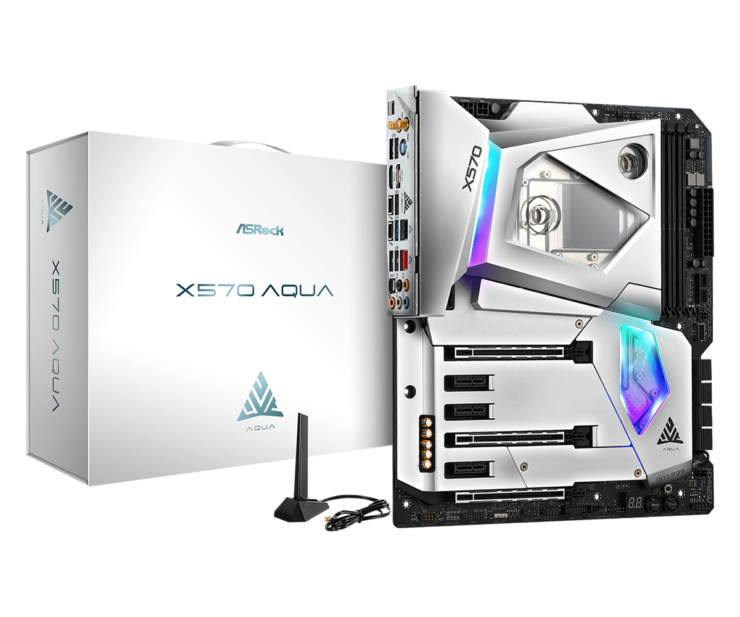 "We are thrilled to see partners like ASRock continue to take advantage of the X570 chipset and fully embrace its features," said Chris Kilburn, corporate vice president, and general manager, Client Channel, AMD. "3rd Gen AMD Ryzen processors offer gamers, enthusiasts and creators the most advanced desktop platform, and with ASRock's AQUA integrating PCIe 4.0 standard and fully utilizing liquid cooling, we can't wait to see the power and performance users will unlock with this board."

The board will be limited to 999 production models with an expected price tag of around $1000 which is quite steep, but you get the features you are paying for. This is definitely not something you should buy if you have no intention of having a custom loop in your build.