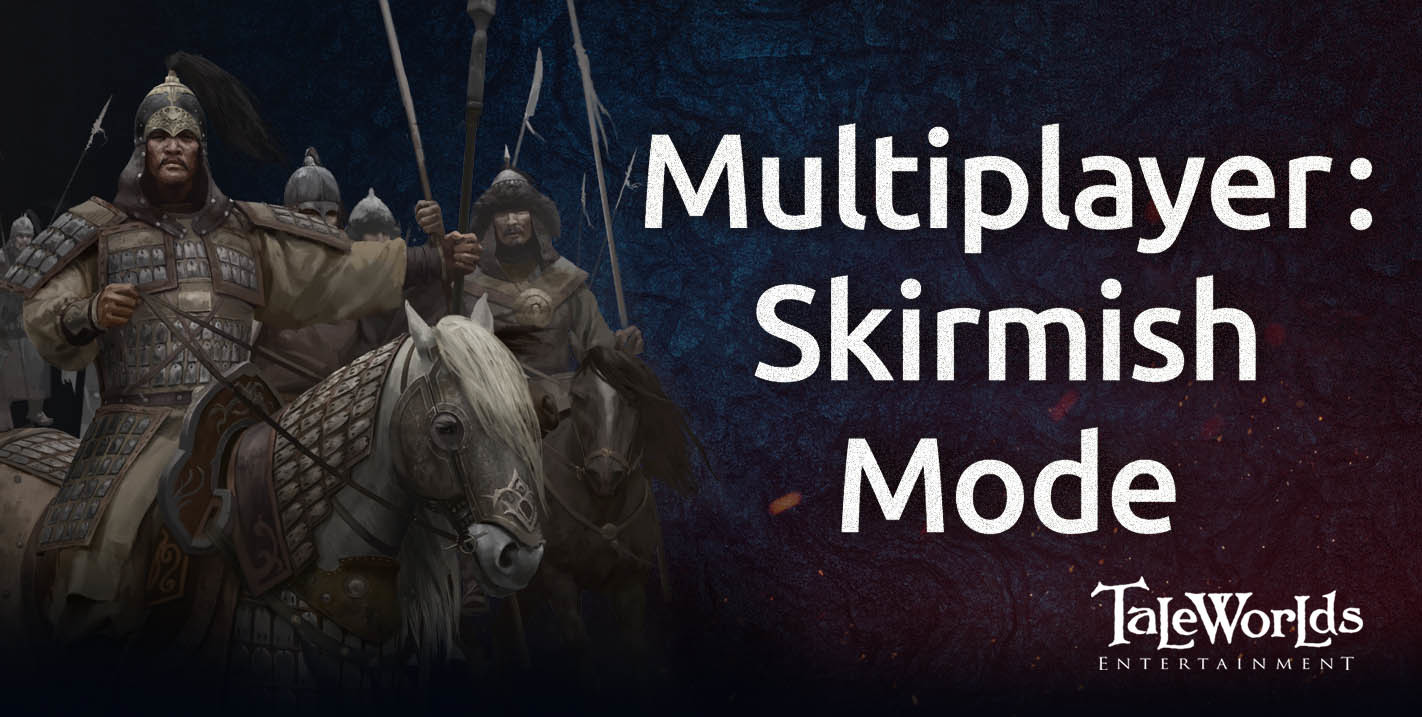 Mount & Blade 2: Bannerlord is a game I've been looking forward to for a very long time. So long that I can't actually remember how long it's actually been (when was Mount & Blade released again? That's how long). Last year I got to have a hands-on with the game at Gamescom, as well as the chance to interview TaleWorlds CEO Armagan Yavuz. Needless to say, I came out wanting to play more of the game there and then.

We realise that this overview of Skirmish has probably raised a lot of questions about multiplayer in general, especially for Warband veterans. However, fear not! We will discuss much more about multiplayer in future blogs, including Bannerlord’s new class system, matchmaking, additional game modes, and, of course, details about the upcoming closed beta!

So what could have caused these questions that TaleWorlds speak of? Well, the company has gone for asymmetry in their 6v6 skirmish multiplayer mode. "How do you mean?" I hear you ask. Well, rather than making all classes equal and aiming for a sort of parity, here a mounted knight is a damn sight stronger and more lethal than a random peasant riding a donkey. I genuinely hope that's an actual unit in the game now.

To counter the fact that some classes are stronger than others, there is a respawn limit in place. A limit that is different for each unit type. In addition to this, there is a points system within the game, where you spend the points on your choice during that round, with the option of carrying some over. Choose a weaker class in the first round, spending fewer points, you'll have a couple of extra spawns and also more points to use in the next round. It sounds like an interesting system, one where you have to think tactically to start with. How it will work remains to be seen.

In taking more about the tactical options within the game, as well as game types, TaleWorlds had this to say:

Another concern was introducing tactical depth while maintaining a fast-paced game. To this end, we decided to adapt the system we had developed for Captain Mode, where players battle for control of up to three capture spots on the map. These capture spots act as focal points for action and are also tied in with a morale system that encourages teams to be active at all times. Each capture spot holds a flag that can be captured and controlled by one team. The morale of the team holding fewer flags will steadily decay, and if it depletes entirely, the team will lose that round. Throughout the course of the battle, two of the flags are removed (there is actually a mechanic which determines which flags are removed, and this can be gamed by savvy teams!) forcing the action at the climax of the battle to a single location. This mechanic, together with limited spawns, creates an engaging and tense multiplayer experience. Teams that are overly defensive are punished by the morale system and enter the last phase of the round with a significant disadvantage, whereas teams that are too aggressive may suffer early casualties from which they may never recover.

Mount & Blade 2: Bannerlord will release... sometime. It'll be on the PC as well, that much we know. Other than that, all we can do is wait. See you on the battlefield folks!