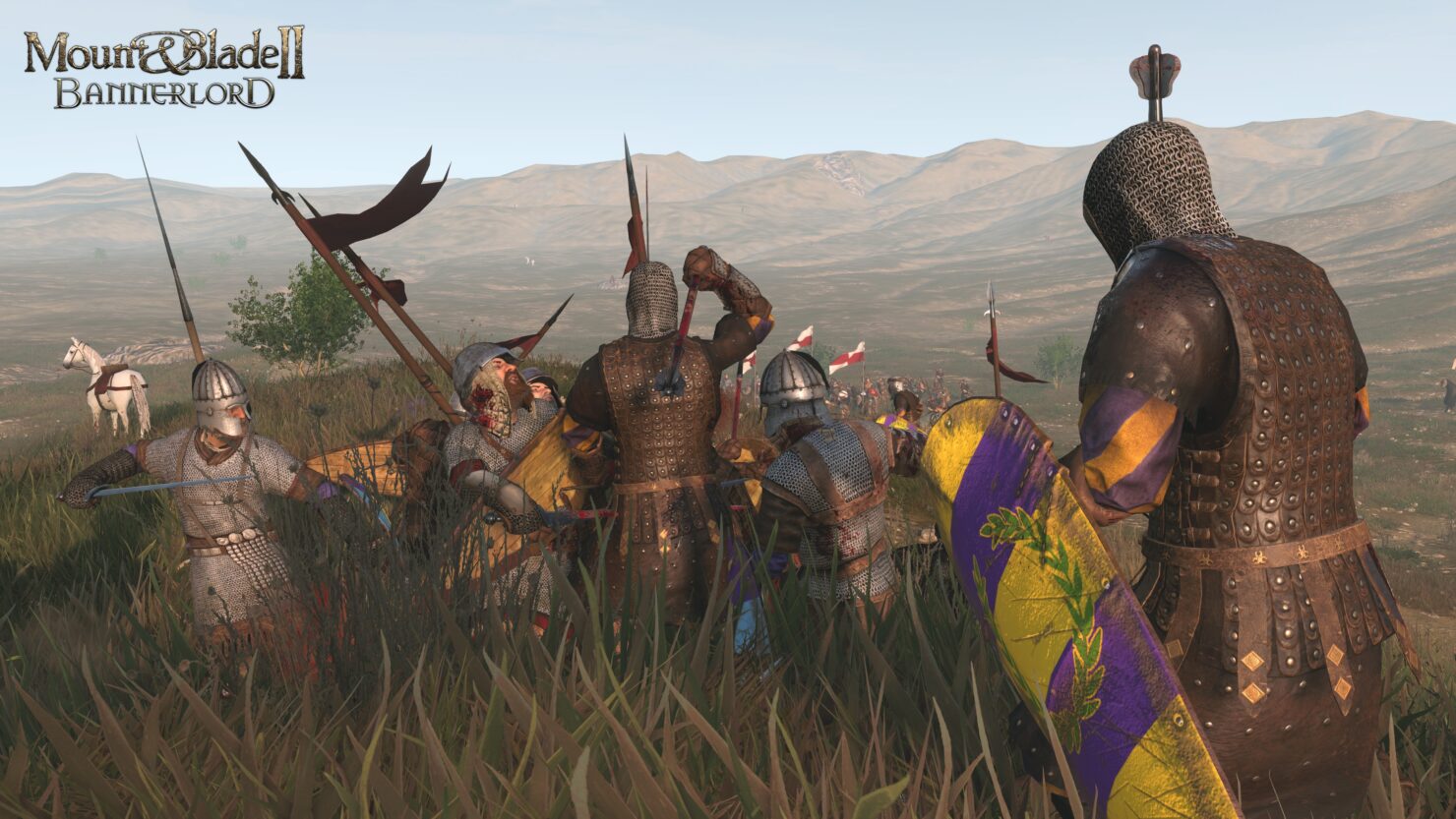 Mount & Blade was one of the first games to give me something I'd wanted for a long time. As I've stated in my piece on Conqueror's Blade, the ability to wade in with your soldiers and get your hands bloody is a gap that needs filling. That is, the ability to do that while also being the commander, having the ability to command and lead your troops as you see fit. Mount & Blade filled that gap. It was also pretty successful, having two spinoffs and two expansions to one of those spinoffs. Taleworlds looks to take the series to the next level now, with Mount & Blade II: Bannerlord. Here are my impressions of the game after playing it at Gamescom.

What I was able to play during my hands-on is the first gameplay reveal of the RPG gameplay, featuring the overworld. For those who have played previous Mount & Blade titles, this will be treading familiar ground. However, this isn't a problem. It a ground that has been, and is being refined to the best it can be.

There's little doubt that Mount & Blade is showing its age now. TaleWorlds have clearly worked on this and a lot of love has been shown to Mount & Blade II: Bannerlord. The overworld map certainly looks a lot nicer than in previous titles. There's a lot more detail shown, more colour and the map just looks that much more alive and lifelike. You can see elements of foliage - albeit to a limited degree - in the plains. The trees in forests have that much more detail. Also, though the original and Warband did have different biomes, it's much more realistic here. I actually loved panning over the map to see what was on offer.

Even the cities seem to have been developed with more thought for the placement of buildings in particular. This is especially the case with the new touted system that lets you control and improve a city in your own image. This is a system that was in place, at least to a degree, in previous titles. However, the impression I got - particularly with what I was told - is that your actions will physically alter how cities appear and grow.

I was also told that the towns will be more detailed in terms of what you can do and interact with. For example, a number of mini-games that will differ from region to region. The people, their style, will also differ and reflect the region and - to a lesser degree - the nation that holds the land. In addition to the missions you grab in towns, there can also be more random occurrences like muggers attempting to steal from you. It has a great potential to be a lot more engaging.

I will say that it hasn't yet reached that point yet. What I played felt much like the previous titles, where the cities felt pretty sterile. There's still that uncanny valley feeling where they just don't seem to be living lives while you're not immediately interacting with them. It is still in development, of course, and I have been told that there are many improvements to be made in this area.

Fortunately, TaleWorlds seems to have fixed any issues Mount & Blade II: Bannerlord may have had on the battlefield. During my time with the game, I stormed a bandit hideout - which was actually a complex series of caves within a mountain. I also had about 4 other battles with groups of varying sizes out in the open. Each battle felt that bit different from the last, which is a testament to the improvements already made by the devs.

What really helps the game stand out from previous iterations is that you don't really find the AI of enemies to be very basic minded now. They can still be tricked, to an extent, but surprises can certainly come up. For example, I found myself in one fight where enemy horsemen were wise enough to ignore my foot soldiers and attack my archers. Maybe this was pure coincidence, I don't know, but in previous titles, they would normally just go for the first enemy they saw.

If the game has truly got a smarter AI that uses more realistic and intelligent tactics, I can't wait to try out a siege battle. Particularly so as, from what I saw even while walking around in a city, there is so much more detail. Important is the fact that what you see on the world map, where you walk in an actual city, it's all brought into the battlefield. TaleWorlds are working on giving the game has as much continuity as humanly possible.

Mount & Blade II: Bannerlord is a game I've been looking forward to since 2008. Effectively, I'm saying that ever since I fell in love with the original, and then Warband, I've been awaiting a more detailed, more lifelike and busier version of the game. From what I've seen so far, TaleWorlds are certainly on the right track to deliver.

Most importantly, as you'll be able to read about in my interview with CEO Armagan Yaruz, is the fact that the company believes in making the best game they can. There is no current release date and it will be released "when it's ready".