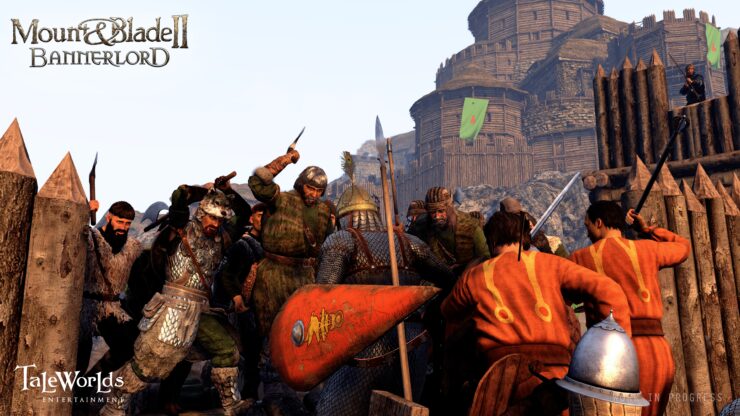 Mount & Blade is a game I've spoken about at length. From my impressions piece earlier today, even to dropping its name in articles for titles that have some similarities like Conqueror's Blade. Following my hands-on time with Mount & Blade II: Bannerlord, you can read my impressions here, I got to speak at length with TaleWorlds CEO Armagan Yavus.

We spoke about everything from the development of the world and how easier it will be to interact with the world, to the development of your character and the sweeping changes made there. Of course, no interview about the game could go without also covering sieges, battles, weapons and when the game will eventually be released.

Chris Wray: Let's start with the obvious. How are you? How has your Gamescom been so far?

Armagan Yavuz: I'm very good. It's been very busy but people seem very happy with what they have seen so far.

Chris: So with Mount & Blade II, can you tell me how will you build on the previous titles and their expansions?

Armagan: Our basic philosophy and vision was to expand on everything. We want to make everything better, more majestic and more realistic. In the first game, we had a lot of great feedback about the game but a lot of people found it difficult to get into. We wanted to remedy that, make the game much more transparent and understandable without sacrificing the depth of the gameplay.

Chris: So to enable people to get into the game that much easier, more accessible? How are you doing that?

Armagan: Yes, exactly. We're trying to do that in every aspect of the game. For example, the menus are much clearer now. They're better organised and structured. Also, you can right click on anything to open up an explanation for it. You can hover over anything and you'll get a tooltip describing how the stat is performing. For example, you can look at your party speed and it will say you are getting 10% bonus for the horses you have and maybe a 3 or 4% lower because you are fighting too much. The game will describe itself and explain itself.

Armagan: I hope so yeah. 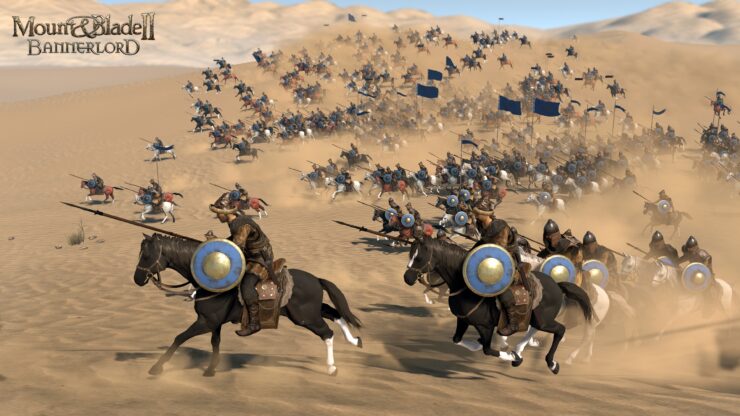 Chris: So, do you have any expansion on the building in Mount & Blade II? Can you build your own city?

Armagan: We have a lot of improvements across the board. You can't build your own city from the ground up, but what you can do is take existing cities and upgrade and improve them. We will also reflect that on the 3D scene as well. For example, you will start with a city or castle with wooden palisades. When you walk around you will see the wooden palisades. If you can invest and upgrade that, you will upgrade them to stone towers and the gameplay will change accordingly.

Chris: And how about factions, have you made any changes to that system?

Chris: So on campaigns, you'll be able to have your own factions and go to war with others?

Armagan: We call it a clan, but definitely. You can have your own clan and go to war. You can also join one of the existing kingdoms and try to rise up there. You can even find ways to take over the kingdom and try to become master of the world.

Chris: I remember in Mount & Blade: Warband, for example, you could control your own city. However, it was difficult once you expanded and manage other cities. Are there improvements in place to make that easier?

Armagan: Town and castle management is much easier to use now. The game is also a little different from Mount & Blade in that if you take a town, you will also automatically get the villages so you'll have the entire area. We also have a system inside a kingdom where there is political conflict and a system to do various things. So you could manipulate the kingdom so you can control some towns and castles that are close to each other, even though you are not the king. Of course, if you are the king, you will have more tools. 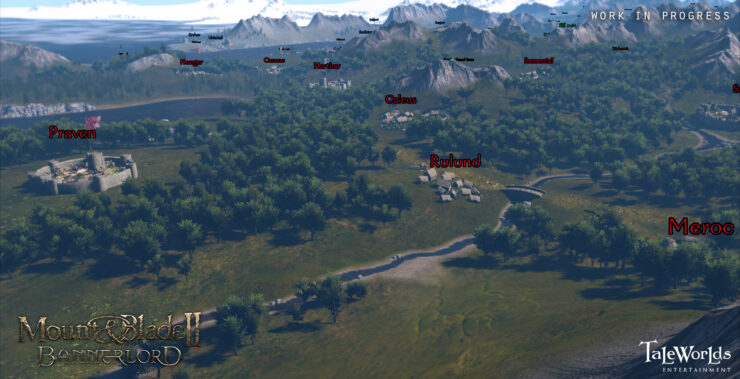 Chris: Moving onto sieges, do you have any new features like new weapons or methods for sieging a town or castle?

Armagan: Definitely. Sieges are one area we've really focused on. You can use a lot of different siege tools and engines, like towers, catapults and trebuchets and more. You can order your soldiers to use them but also take control and use them yourself. We want it to be very haptic and interactive, everything to be usable. We want very action oriented and interesting sieges.

Chris: What I did notice is the inclusion of different environments and specific battle areas. Has there been a push to improve on this, also to include very specific areas like mountain passes, caves where bandits hideout and such as that?

Armagan: We have tried to work a lot on environments. There is definitely a variety but we have been working a lot on realism. We are using specific software that will model wind erosion, water erosion and other geographical processes so the terrain is much more realistic and interesting.

We also have a different variety of specific areas that depend on where the hideout is. It can be a cave system near the sea, in a forest, it could be a little village. We have a bunch of those. We will also have different scenes that place in such as a mountain pass. The way we assign which scene you will play is based on the location you are on the world map.