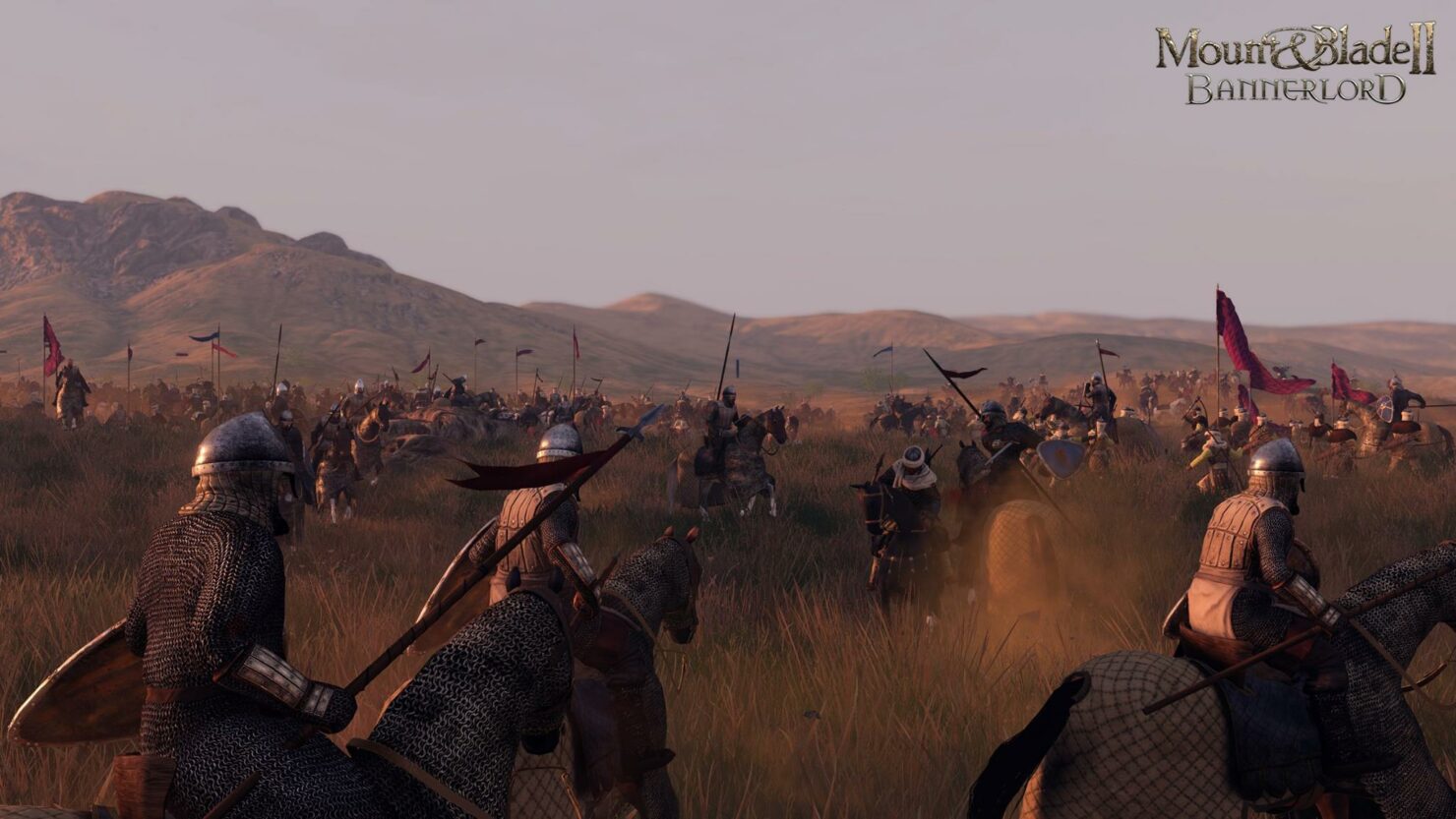 Mount & Blade II: Bannerlord is one of those highly anticipated games that fans have been waiting for a very long time. The sequel was first announced in 2012, perhaps too early in a similar way to CD PROJEKT RED's Cyberpunk 2077.

In the last couple of years, Bannerlord was showcased several times at events like the Electronic Entertainment Expo (E3) and Gamescom, but we still don't have a solid release date. Meanwhile, the folks at TaleWorlds Entertainment have begun sharing regular blog posts on the Bannerlord Steam forums. Each one of these is focused on a different member of the team and his/her particular area of expertise.

This week, Abdullah Nakipoğlu talked about his work as an animator on Mount and Blade II: Bannerlord. There are going to be several improved animations compared to the previous game and the engine tools are better, too, for the joy of modders.

Mount & Blade II: Bannerlord doesn't have a release date yet, but next year could be the one. The game will ship on PC first, though Warband eventually made it to consoles and we don't see how this would be different. Do check out our interview from Gamescom 2018 in case you missed it. 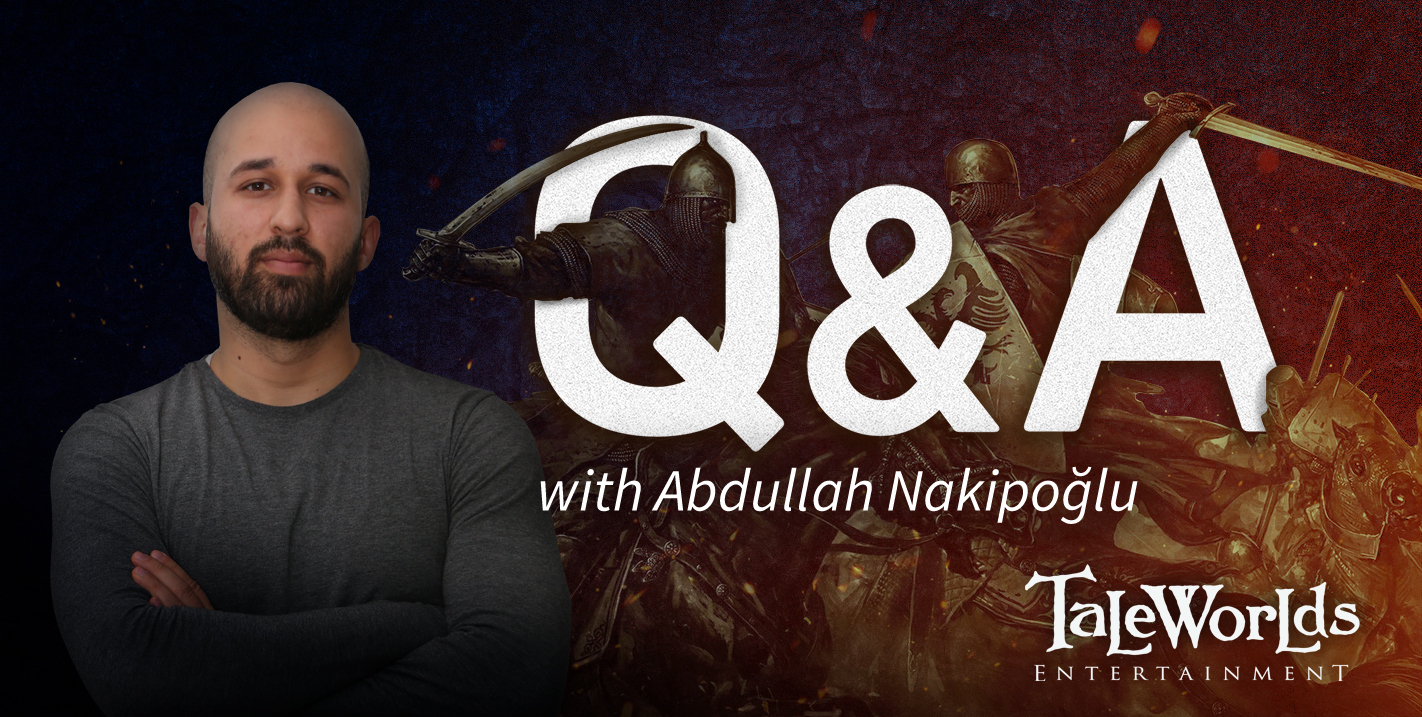 My duty as an animator is to prepare pretty much any kind of animation and implement it into the game. Sometimes it can be an animation of an animal, an attack/injury, the movement of various characters in settlements, or an animation of an icon on the campaign map. If a character animation is necessary, I start out by recording in our MoCap studio before cleaning the animation up by hand for the game. In the instances that we don’t use MoCap (like with geese/cows/dogs), I start by preparing the skeleton system before working on the animations, using any reference videos that I have gathered.

With Bannerlord, we are using our own engine that was developed in-house, and it is something that is constantly evolving and being improved over time. Unfortunately, this means that I sometimes have to revisit some older work that I have done. In such occasions, I generally try to make corrections using the available animations, but sometimes it is necessary to start from scratch.

When I have some spare time in between my duties, I spend as much of that time as possible playing the game to focus on the effects of the completed animations and to see if they give the impact that we desire or if there is any room for improvement. If I notice something, then I take some notes and make the necessary changes.

WHAT'S THE MOST DIFFICULT THING THAT YOU SOLVED SO FAR, DURING THE PRODUCTION OF BANNERLORD?

I have faced many different problems and issues during the production process, that’s for sure! I have found it challenging, but also compelling, preparing animations that retain a somewhat natural feel to them, but still, work within the boundaries of the game mechanics. Sometimes, we come across comments like, “can the movements be more natural?”, and it is true that we could create more detailed and animated animations to make them look and feel more natural. However, this would ultimately limit the control of the character for the player. For example, players can interrupt an attack at any time by issuing a block command, or they can move their character in any direction without waiting for an attack to end. If we were to create totally realistic animations then we would have to restrict or reduce the control of the player in these instances. It is also important in some instances that we over-exaggerate an animation so that it can be clearly seen and recognised by the player, such as with our fast-paced directional combat system. Ultimately, we try to keep any animations that would limit the control of the player to a minimum, allowing players to use and develop their skills within a control system that responds instantly.

Another example of a challenging project is the injury/stun animations. These animations needed to be prepared separately for each part of the body, in three different levels... for four different directions! These animations needed to be short enough not to limit the control of the player, while working in accordance with the inverse kinematics (IK) system. As the animation we prepared with MoCap recording is playing on the base layer, the reaction coming from the IK system is attached according to the area and direction of the attack in the upper layer. Preparing the MoCap recordings for all of these and cleaning the body movements that are inappropriate for the IK system was a difficult process.

WHAT DO YOU CURRENTLY WORK ON?

I am working on the preparation of the newly added dog animations. In addition to this, I am making new MoCap recordings to make the falling animations from horseback more impressive.

COULD YOU EXPLAIN THE PROCESS OF ANIMATING HORSE ARCHERS IN THE GAME? DID YOU USE REAL HORSES?

A MoCap recording process for horses would be a quite demanding job. The data coming from the markers located on the muscles of a horse can get quite messy and that data would need to be deep cleaned before being used for the bone motions. If we were using a muscle simulation, this data could be extremely helpful, but alas, we are not, and so we make the horse animations (as well as all other animal animations) by hand instead.

WILL THERE BE SPECIAL CINEMATIC ANIMATIONS? (LIKE THE WEDDING IN WARBAND, WILL WE SEE OUR FUNERAL ETC.?)

Yes, there will be in-game “cutscenes” that are similar to those in Warband.

THE MODDING BLOG LISTED A NUMBER OF TOOLS THAT YOU WILL MAKE AVAILABLE TO THE MODDING COMMUNITY. COULD YOU TELL US WHAT SOFTWARE YOU USE WITH THE MODEL/ANIMATION VIEWER AND ANY OTHER THIRD PARTY SOFTWARE THAT YOU USE TO CREATE ANIMATIONS?

There are some innovations in our game engine that definitely makes our workflow easier and will surely be liked by modders. The engine allows us to add multiple models and skeletons to the scene at the same time and check the animations in a new model viewer window. When we make changes to the source file of the animation, these changes are also updated in the engine simultaneously. It is also possible to observe the speed of the animation, the skeleton that the animation is connected to, or to create our own scene by adding static objects in this window if we want.

In the process of preparing an animation, we use Motion Builder to prepare motion captures. In addition to that, we use 3ds Max and Maya. We use the common .FBX extension to add animations to the game, so I think that modders will not run into any problems.