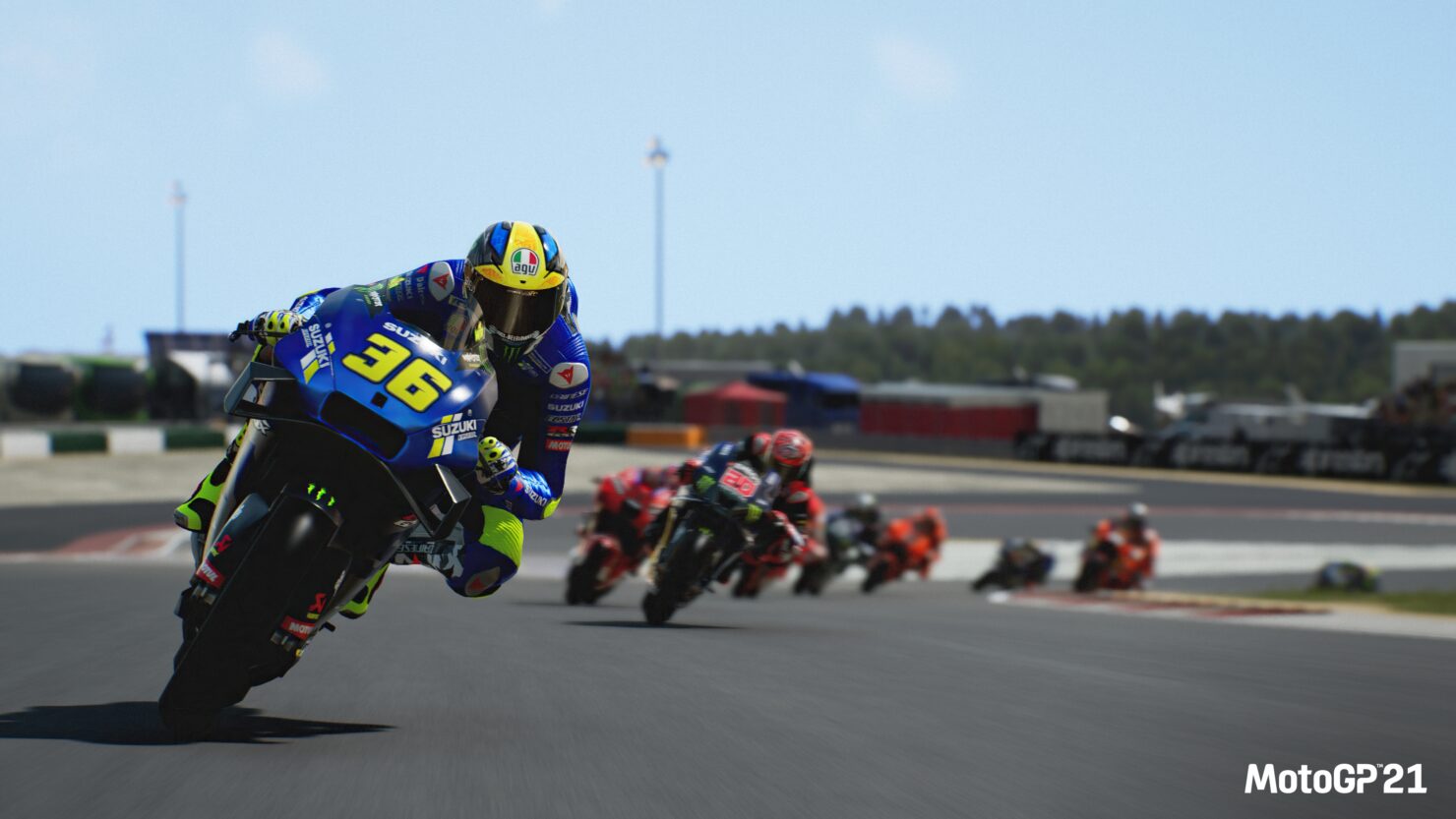 While F1 fans will have to wait until July for their yearly game release, MotoGP 21 is scheduled to launch exactly one week from today on PC (Steam and Epic Games Store), PlayStation 4, PlayStation 5, Xbox One, Xbox Series X|S, and Nintendo Switch.

Powered by Unreal Engine 4 technology, MotoGP 21 introduces a series of improvements from the gameplay side (revised bike suspension, realistic features such as brake temperature monitoring, bike retrieval sequence, and long lap penalty) to the managerial career mode. You can read Chris's early impressions in this preview, but ahead of the review, we got the chance to discuss MotoGP 21 with Milestone producer Matteo Pezzotti.

Chris Wray: With the new suspension system, how have you balanced this with the engine and drove to make MotoGP 21 more realistic but still accessible?

This year we have decided to rebuild the helps system from scratch. We abandoned the old physics presets, which for some players were only labels that could affect their pride, and we introduced a list of very detailed single options. We also added some graphics that visually explain which part of the bike is affected by every single help. Our goal is to explain to the players how these options works, helping them find the setup that better suits their tastes. I think that this way, players who want to improve can gradually approach the realism of the game and learn how to master the physics of the bike.

Chris Wray: Several new features are aimed towards realism, such as bike retrieval and brake temperatures. Will players have the option to turn these off, aiming for a high level of accessibility for some?

Bike Retrieval can be disabled in the race options. It’s a fun feature, but we know that some players could prefer to be easily respawned on track. Speaking about the brake temperature, that can’t be disabled. But in this case, it's more of a matter of selecting the right brake disk, and the game has plenty of ways to suggest the players the right ones.

Alessio Palumbo: On the other hand, will these new features be available on multiplayer, or are they reserved for the single player mode?

Features like the Long Lap Penalty and the Brake Temperatures are already also available in online modes. Bike Retrieval was a little more complex to implement, but we hope to make it available online in one of the first patches.

Chris Wray: Just how detailed is the new career mode, and how much is made available in your team's management?

The biggest challenge for the players this year will be to manage their Junior Teams. The career mode had this major addition last year a few months after the release, while this time is fully integrated from the beginning. We also revised the “Development Tests” to make them more realistic and functional, so there are plenty of activities to keep players engaged.

Alessio Palumbo: Can you share some details on how your ML-based AI A.N.N.A. was improved this year over MotoGP 20?

The biggest improvement is about pure performance. At the highest levels of difficulty, A.N.N.A. is way faster than last year, especially in the MotoGP class. We also worked on the group behaviors, and one of the biggest challenges was to find the right “aggression” level. Everybody likes overtakes during a race, but crashes and falls…not so much.

Alessio Palumbo: Were there any meaningful updates to the bike's physics in MotoGP 21?

You already mentioned the new suspension system that, in my opinion, completely changes the perception of the bike. Now everything is more reactive, more real. It's easier to feel how the tarmac changes under your wheels and how the bike reacts. This year we also did a big work of analysis to make in-game lap times fit real times. It’s something our players are very keen on, and I think this year we did a good job.

Alessio Palumbo: Some MotoGP fans have requested the addition of telemetry. Is that a possibility at some point?

It’s something we have considered, but you have to think that even real riders need the help of a track engineer to read telemetry, so I’m afraid that only the most experienced players could enjoy such a feature. But hey, never say never. Sooner or later, you could see telemetry in one of our MotoGP games.

Alessio Palumbo: Given that MotoGP 21 runs on Unreal Engine 4, are you going to support features like NVIDIA DLSS and/or ray tracing?

Not for MotoGP21, but stay tuned.

Alessio Palumbo: What were your experiences with PS5 and Xbox Series X, respectively, as a developer?

Well, it was a great experience. We are speaking of two powerful machines that allowed us to experiment with new features for the game and leave a lot of space for improvements in the future. The most important thing is that we can offer a stable 60 FPS experience on both consoles, which is very important for a simulative racing game.

Alessio Palumbo: Did you encounter any troubles while developing for the less powerful Xbox Series S? Can you share the target resolution and frame rate for MotoGP 21 on this platform?

No troubles at all. We were all surprised by the smoothness in the development of the Xbox Series X and Xbox Series S. The latter console targets a frame rate of 60 FPS and a resolution of 1440p (dynamic).

Alessio Palumbo: Can you tell us about your implementation of the DualSense controller's unique haptic and adaptive triggers features on PS5?

The DualSense is really amazing and gave us the chance to implement on the controller a lot of different feedbacks. We implemented different vibrations for all the different surfaces and gave feedback to the player when he changes gear. The triggers have different rigidities to simulate a real accelerator/brake knob, and they also vibrate to indicate the player a loss of grip on the rear/front wheel.

Both: Thank you for your time.